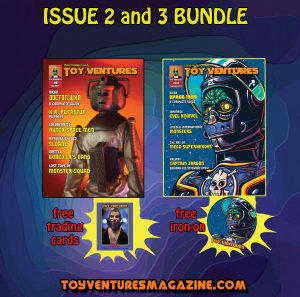 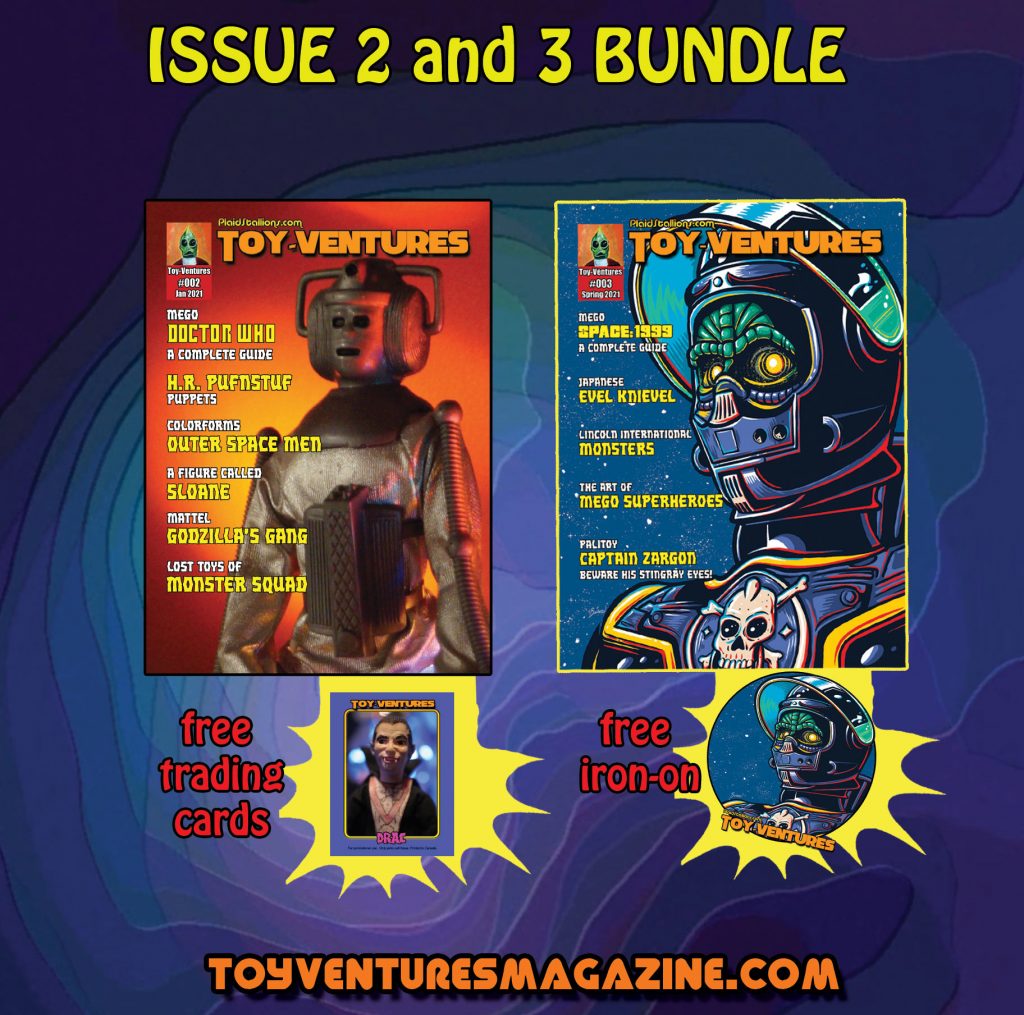 THIS BUNDLE INCLUDES ISSUE 2 and 3 of Toy-Ventures magazine. 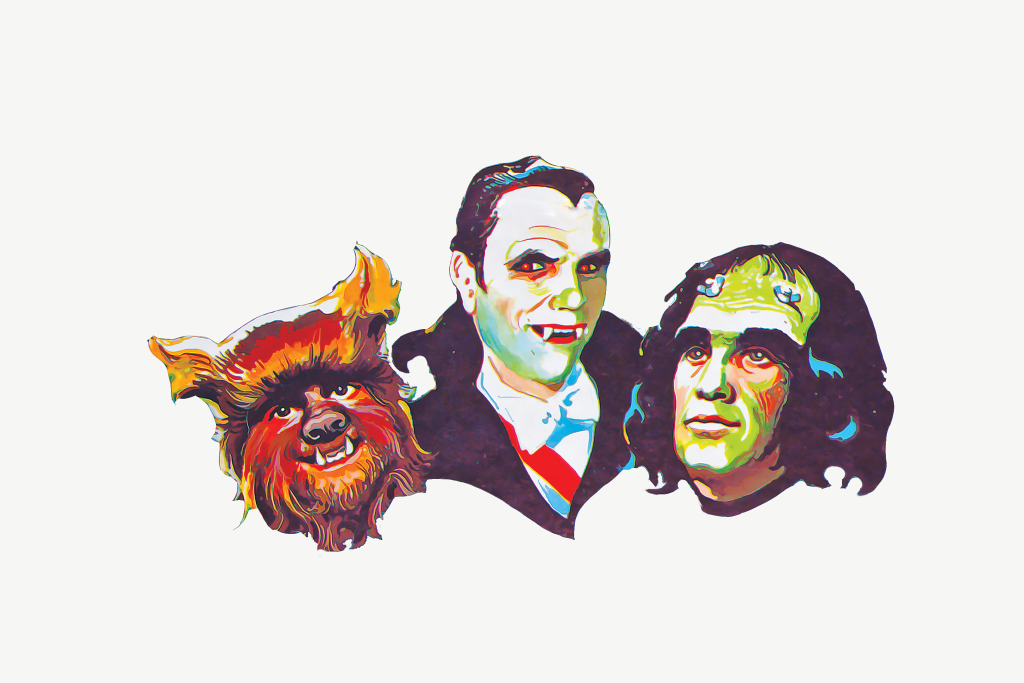 Toy-Ventures Issue 3 will ship at the end of March 2021 and each US Purchase will include tracking.

Tony Roberts host of the analog toys channel on Youtube tells the story behind the development of Action Man’s greatest Foe Captain Zargon.

Megobase Alpha – We take a detailed look at Mego and Palitoy’s wonderful Space:1999 range with a complete collector guide including the line’s history and development, all known variations, knock offs and it’s resurrection in the 2000s.

The Challenge Machines, Leave it to Popy of Japan to take the Evel Knievel toy concept and some homegrown tv heroes to the mix. Corey LeChat gives a beautiful look at these winning toys, you’ll want to play with them!

Collector Spotlight – Our first interviewee is pop culture author John “Toyzilla” Marshall  as we talk about the hobby and show examples from his incredible, eclectic collection.

The centerpiece of issue 3 is an exhaustively researched guide to this incredible and highly collectible line of Monster Toys, including company history and a visual guide to every known figure and packaging variation.

Toy-Ventures Issue 3 will ship in late March 2021 and pre-order links are below. We even have a bundle where you can order all three issues of toy-ventures but act fast as Issue 1 is close to sold out.

Added Bonus- As a reward for pre-ordering, we are offering a limited edition Captain Zargon Iron-On based on Tim Baron’s amazing cover art. Supplies are limited on this and this promotional item will not be sold separately.

Just like an old-school iron-on, we’d get in a cereal box, this easy to apply transfer can be used on t-shirts, shipping bags, and more. It’s yours free for pre-ordering Toy-Ventures!

Thank you everyone for the fantastic growing support of Toy-Ventures, we really appreciate it when you spread the word as a small start-up, our best friend is word of mouth. 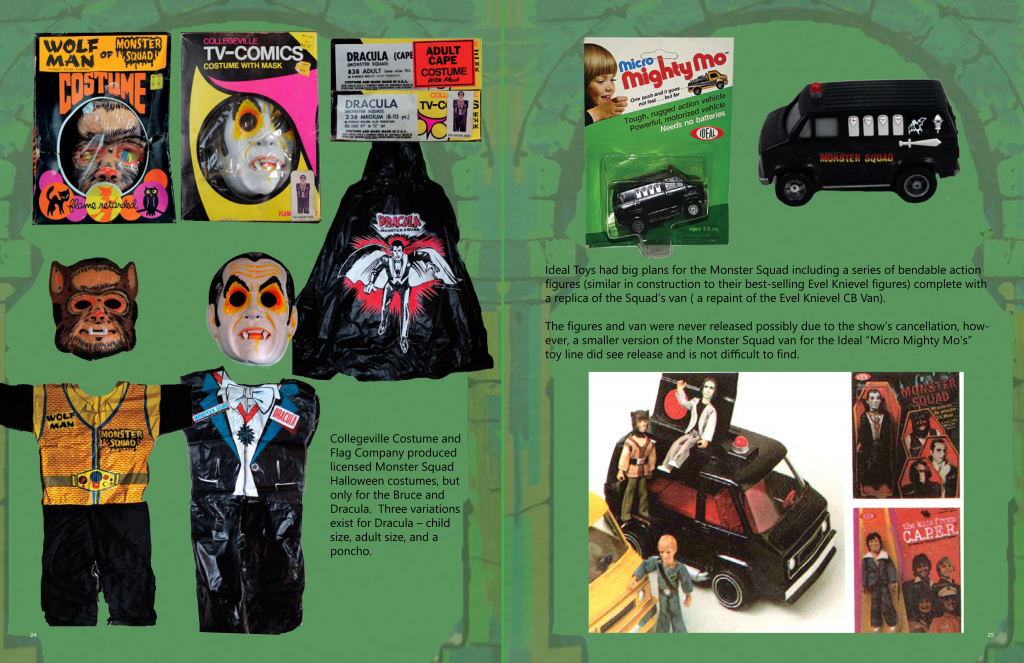