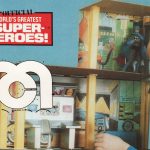 We’ve got a little treat for a Thursday afternoon courtesy of PlaidStallions collection of commercial prints. This newly restored commercial for the Mego Wayne Foundation. Subscribe to our Youtube Channel and never miss an update. And don’t miss Mego Meet next week in Skokie!

END_OF_DOCUMENT_TOKEN_TO_BE_REPLACED 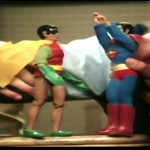 Thanks to an amazing contribution from former PAC Toys president Joe Ruzzi, we’ve got new higher resolution copies of over 50 Mego TV commercials and toy fair sizzle reels. We’ll be encoding them and sharing one every week in the Mego Museum Newsletter. A round of applause has to go to AcroRay’s Laboratory for donating his time and…

END_OF_DOCUMENT_TOKEN_TO_BE_REPLACED

Our commercial marathon continues~
The Incredible Hulk and Captain America, a Mego Marvel Team up! Plus they both have Fly Away action, just like they never did in the comics!

Be sure to check out the MegoMuseum Facebook page for more!

Long weekends and marathons go together, so we’re going through the archives and giving you some vintage Mego toy commercials and Toy Fair reels. Kicking it off with this one from 1979, the Mego Star Trek Enterprise Bridge and Vulcan Shuttle reel.

This is likely a toy fair reel and not something that saw air time. Sadly the Vulcan Shuttle was not produced, rumours abound but no physical samples have ever surfaced.

Also, what’s with the kid saying “and Officer Ilia” in such a suggestive way?

Another remastered Mego commercial from 70s Toy Explosion, this time from the Comic Action Heroes line it’s Batman and the Exploding bridge!

From 70’s toy Explosion comes this newly tranferred 1979 Hulk and Spiderman with Fly Away Action Commercial.

Another from 70’s Toy Explosion is this newly transferred commercial for the figure that started it all Mego Action Jackson.

Another remastered commercial from 70’s toy explosion, this time it’s for the Phaser target game, enjoy!