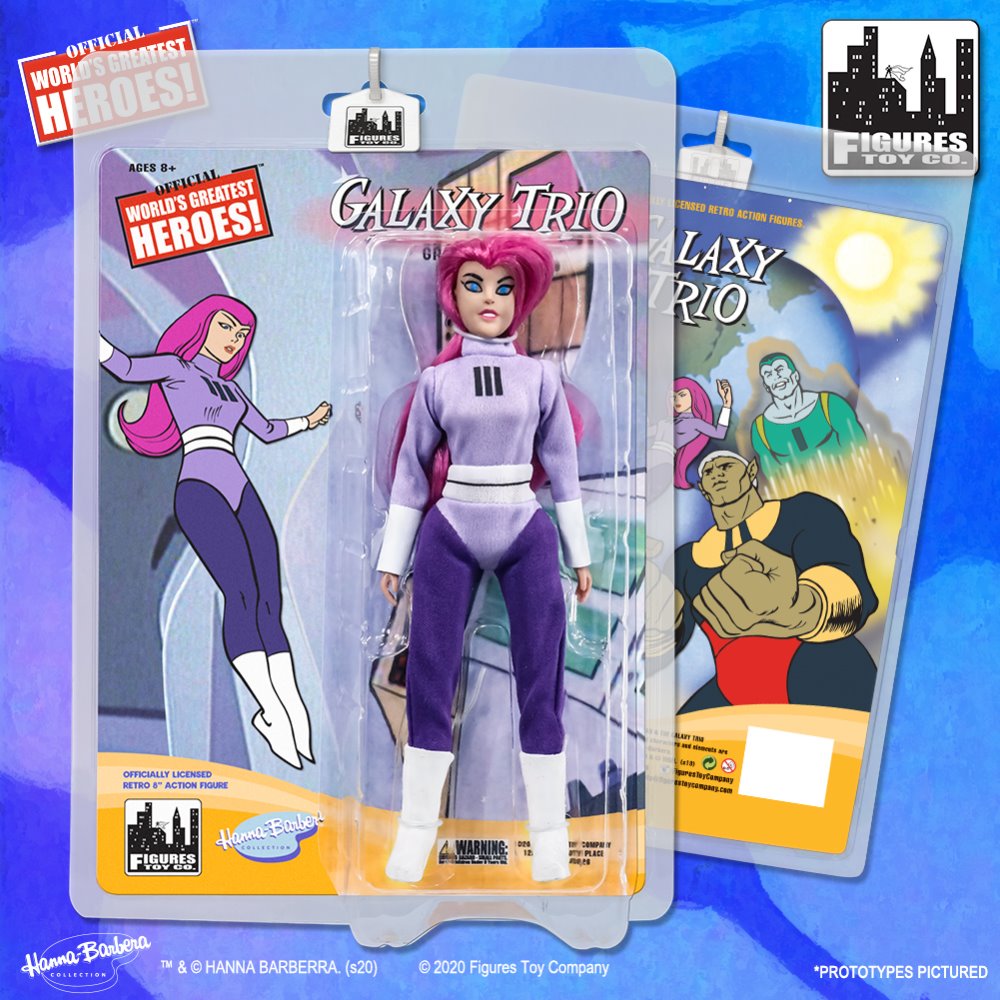 Two-thirds of the team have already arrived at Figures Toy Company, and the subject of today’s #MMFTCNEWS isn’t too far behind.  Here in the last FTC toy update before 2020, get a glimpse at the mint on card version of the Galaxy Trio’s Gravity Girl!

Anyone who has ever watched Hanna Barbera’s Birdman and the Galaxy Trio cartoon has fond memories of Gravity Girl, Meteor Man, and Vapor Man fighting crime throughout the cosmos.  When Figures Toy Company began pulling from Hanna Barbera’s enormous assortment of characters that they could create action figures for, these three were at the top of the list!  Both Meteor Man and Vapor Man are available for purchase on FTC’s official website, www.figurestoycompany.com right now, and judging by the final product, Gravity Girl is another great addition to FTC’s ever-expanding lineup!