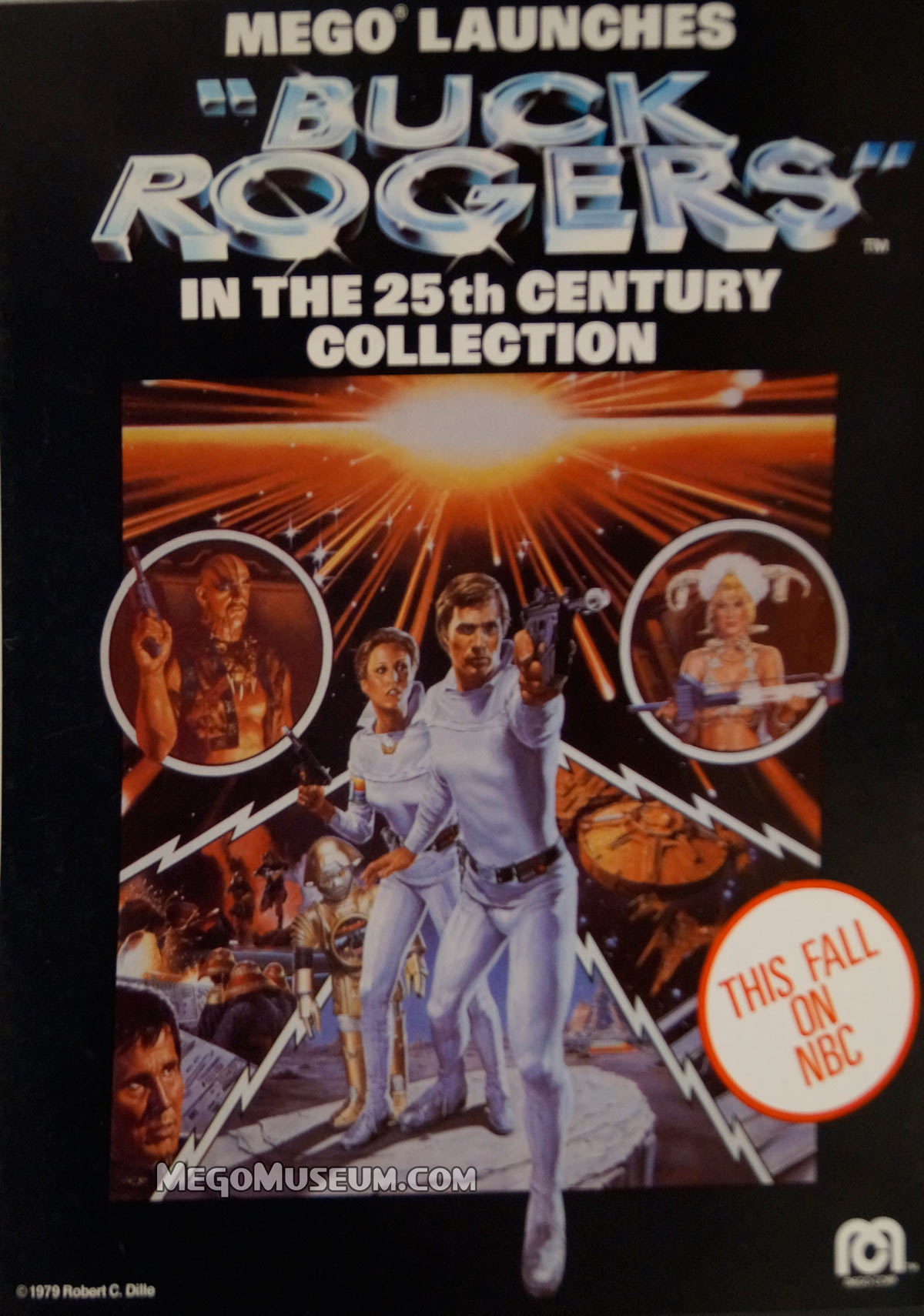 One of the bigger myths (constantly) written about Mego is the notion that none of their Science Fiction licenses in a post Star Wars world were a success of any sort. While Star Trek the Motion Picture and the Black Hole were certainly disappointments for the company, the weekly kid friendly adventures of Buck Rogers in the 25th Century was a bonafide hit for Mego.

Thanks to our friends at Heroes West Coast we have a look at the original Toy Fair promotional piece for the line.

The booklet includes all the first wave of figures and vehicles but also features play sets and role play items that are hobbled together from existing molds. Mego’s strategy on this was likely to present a larger line of toys to buyers, however none of these items were ever picked up. Let’s begin.

Buck Rogers Communicators– Any Mego fan will instantly recognize the Star Trek Communicators (also known as the Bat Coders) and it’s perfectly logical to slap the Buck logo on this and have another go. Heck, Mego even tried to market these as the “Kiss Kommunicators“!

Star Blaster- This one is actually a non proprietary item, it was offered to many toy makers  by a Hong Kong firm that produced electronic toys. Mattel had offered it as a Battlestar Galactica gun in 1979 and would market it as “Flash Gordon’s Lasermatic Pistol” in 1980. Mego tried their luck with it as Buck’s gun of which it bore absolutely no resemblance. Buck Rogers Star Base– The Star Base is actually a repainted Micronauts Micro Rail city, with colours that seemed to predict the Interchangables line of toys in the mid 1980s. Draconian Command Base- yup, another repaint of a Micronauts play set, this time it’s a Strata Station done up in the traditional tan and black of the Draconians. It’s more tasteful than the Star base at least….. Buck Rogers Star Shuttle– Star Shuttle is also known as the Micronauts Astro Station, a repurposed toy from the Takara Microman line. Again with the puke yellow scheme (which is strange because all the EDF stuff is so white).

Mego eventually did sneak a re-purposed Micronaut toy into the Buck Rogers line but oddly, it wasn’t any of these! The Star Searcher would quietly come out at the tail end of the line. Draconian Fortress– Ah, the Star Trek Mission to Gamma IV play set in all new colours! It makes sense that this would be sold for 3 3/4″ figures as the aliens that came with the first set are about that size as well.

I do not understand what is meant by “Tiger Man” glove and probably neither did anyone at Mego….