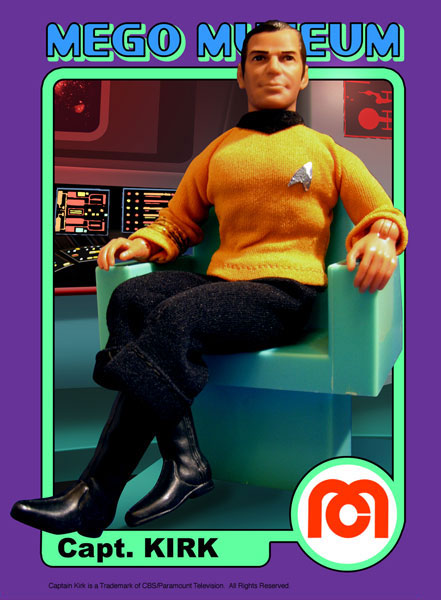 Capt. Kirk (Item No. 51200/1), commander of the Starship Enterprise, as portrayed by William Shatner. The head sculpt on this figure is widely regarded as one of the finest examples in Mego’s history, offering an almost dead-on depiction  of the good captain’s unique mixture of compassion and smug confidence.

The figure came outfitted in a yellow tunic and black cuffed trousers. The tunic was detailed with a black neckband, three gold foil rank stripes on each arm, and a silver foil insignia. (This insignia is particularly problematic for loose collectors, as it consists of a stiff adhesive gray backing and a whisper-thin sheet of silver foil. This backing is almost always found on the tunic, as it is well-glued onto the fabric. However, the foil is delicate and typically curls, tears, and/or falls off after even five minutes of play time.) 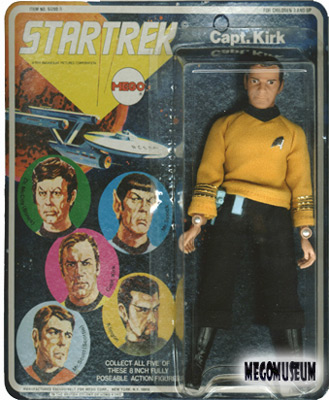 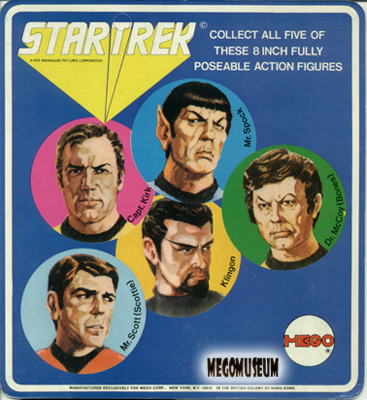 Special Note: The specimen pictured here is actually a “transition” piece, featuring a Type 1 body coupled with a Type 2 (darker flesh) head. During this time Palitoy (UK) also produced the Trek figures on these cards, the only unique difference is the addition of the word “Palitoy” in the trademark area. 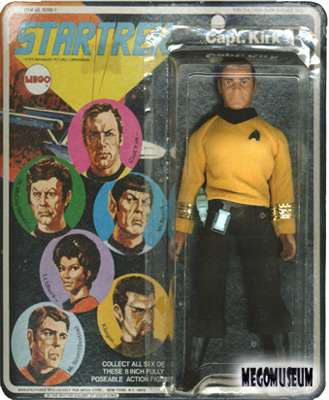 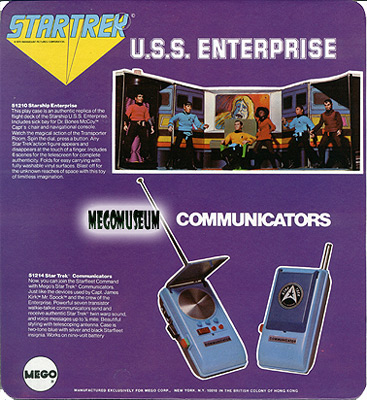 Here we have a Capt. Kirk on a “6-face” card with the name in white lettering. 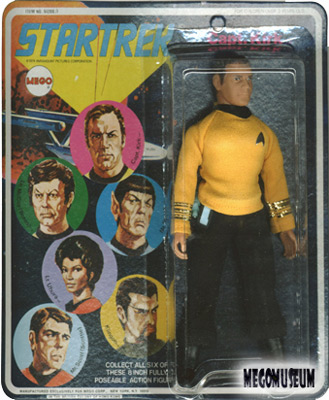 Mego Capt. Kirk on a “6-face” card with the name in pink lettering.(the backer is the same) 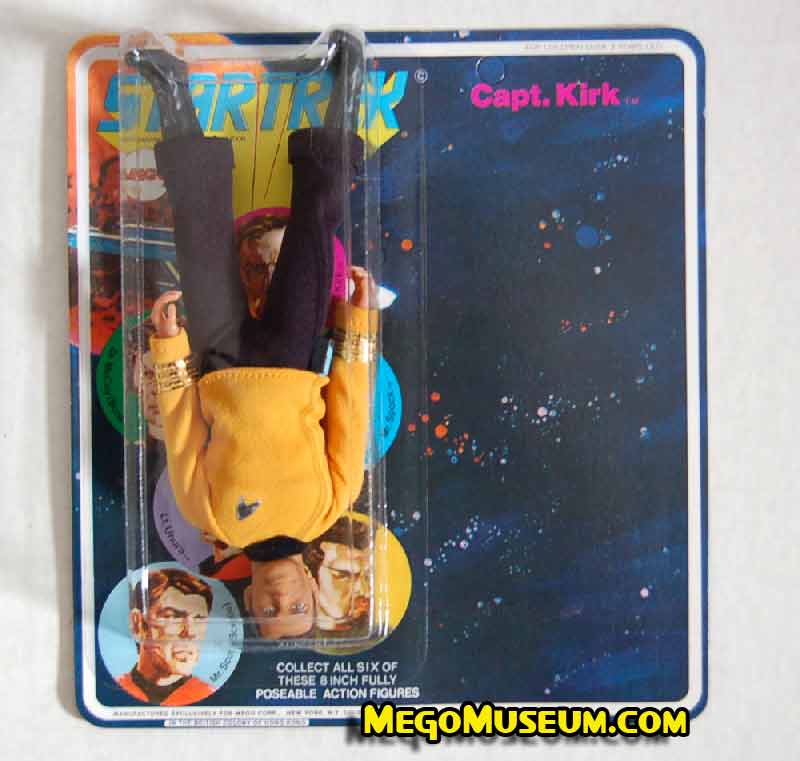 We don’t get many error cards but how can you not love this rare upside down Kirk? 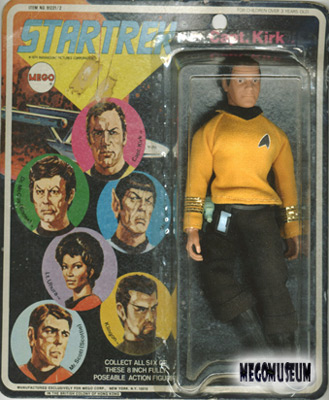 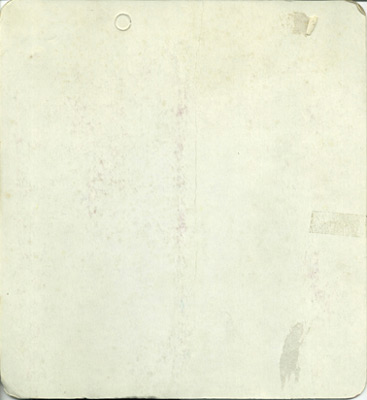 The infamous “Blank-Back” Kirk 1978 Sears re-release (Item No. 91221/2). Note the broken leg; “Blank-Backs,” being later releases, were notorious for the inferior plastic used in their manufacture. 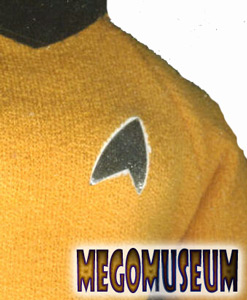 Of special note is the “white-edged” foil insignia on the blank figures, presumably heat-sealed (an insignia method Mego began implementing in the late ‘Seventies). 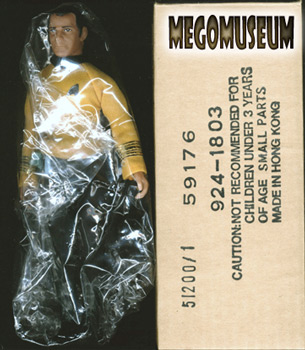 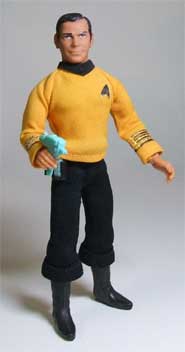 Kirk’s shirt is unique to the character and has been factory reproduced by Doctor Mego. The repro shirt fits a little more snug and is a little shorter. The collar is bigger, and the rank strips on the sleeves are a touch farther apart. The strips also have a slight texture, where the original has none. The shirt is marked DM on the inside near the collar.

Star Trek crew figures have a 2 layered emblem. It’s a gray plastic type material with a silver foil on the top. The foil tends to fall off over time leaving the gray part of the original emblem. A complete emblem should have the silver foil. The emblem has not been factory reproduced.

Trek crew pants have been factory reproduced by Doc Mego. The reproductions are a little bigger and longer than originals, but otherwise close to the originals. They are marked DM on the inside.

The Trek weapons belt has been reproduced by Doc Mego and it is very difficult to spot. The reproduction has a very slightly more rounded look around the holsters, but even that is hard to see. The reproduction is unmarked.

The crew weapon set consists of a phaser and a communicator. They are cast in the same color blue, but the blue (especially the phaser) tends to take on a greenish hue over time. There are no factory made reproductions available.