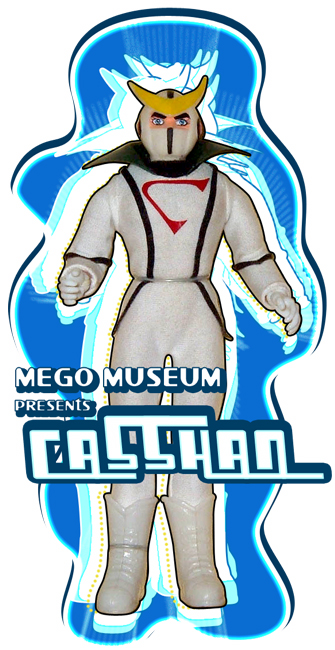 Casshan or Jinzo Ningen Casshan as it’s known in Japan, first appeared in 1973. It’s the story of a young man reborn as a cybernetic hero. Casshan’s main enemies are the Neroids, robots sworn to defend Earth’s environment, trouble is, they think getting rid of mankind is the best way to accomplish this goal. More information and pictures of Casshan can be found at JapanHero.com and International Hero.

While not well known to North American audiences, Casshan (sometimes referred to as Casshern) did see broadcast in many European markets including Italy.

Italian toy company New Gioco had been successful with many Mego items in the past such as 2-XL and decided to collaborate with Mego on an action figure line, notabley Casshan.

According to John Bonavita this figure was obtained by his friend, longtime collector Christiano at an Italian toyshow. The dealer of the figure said it was a sample from New Gioco and was never produced. There are only two Casshan figures known to exist, this one is still tied to a partial package.

According to John, the figure itself is a hybrid, a Hong Kong produced Mego type 2 body with white hands and a vinyl head. The outfit would have been produced and manufactured in Italy, no doubt to appeal to some sort of importation law. Another known hybrid is the Ultraman Leo figure from Japan.

The packaging would have been a solid box similiar to the Doctor Who line.

This amazing figure would have been the new highlight in John’s planned fourth edition of “Mego Action Figure Toys” had the publisher not made a blanket decision to scrap all books on toys. We are honoured to showcase it here at the MegoMuseum. 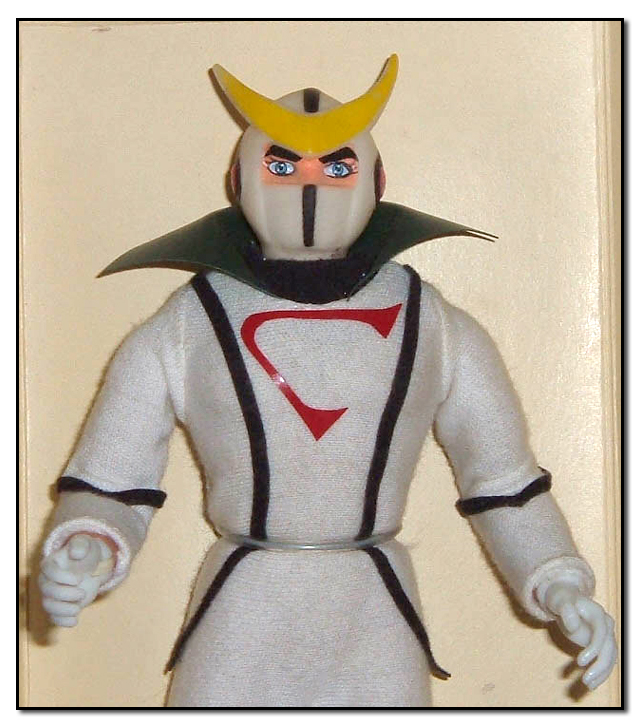 Pictured below with Popy Gatchaman and Ultraman. The Popy figures do not use Mego bodies, though they are often associated with Mego due to similar styles, a common era, and Popy’s distribution of
Mego Superheroes. 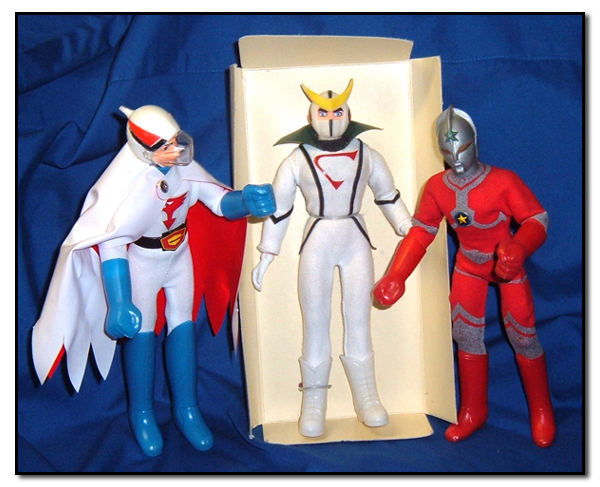