CB McHaul was introduced by Mego in 1977, the name was patterned after country musician C.W McCall, whose number one hit “Convoy” had become an anthem for the CB Craze.

The CB craze was a short lived national phenomenon, most toy makers were taught a bit of a hard lesson when it came to fads. Companies raced to the market with T shirts, model kits, replica CBs but by the time the products had arrived CB radios were so “last year”. As fast as Mego was churning out product, their action figure line met the same fate despite the fact that it’s a very innovative and well made toy line. 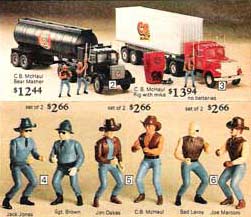 For the figures, Mego re-used the three-inch body style of the Comic Action Heroes. While eight-inch figures were still flourishing, Mego knew three-inch was the best size for a line that was selling 18-wheelers. The packaging also harked back to the CAH line, blue cards with the figure standing on a base in the middle. 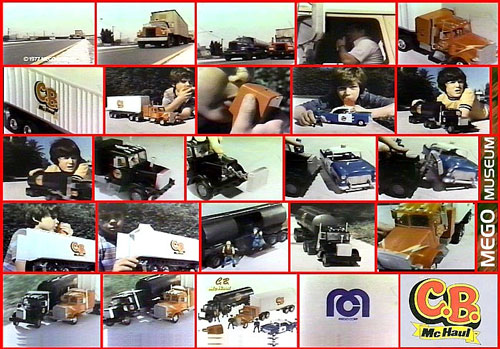 The original CB McHaul commercials probably didn’t see airtime but here it is for posterity.