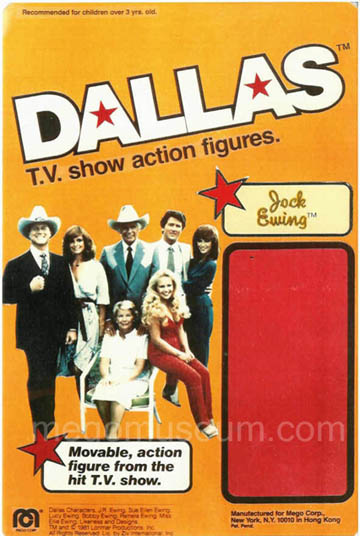 Dallas was a TV drama about the struggles of wealthy oil barons, the Ewings. The series ran from 1978-1991 and for a while, it made a TV Mega Star out of Larry Hagman for his portrayal of scheming rat John Ross (JR) Ewing.

Dallas rating peaked in the early eighties with the phenomenal “Who shot JR?” storyline (yes, the Simpsons stole it) Clever Mego got on the band wagon and attempted to sell toys based on the Ewing clan. 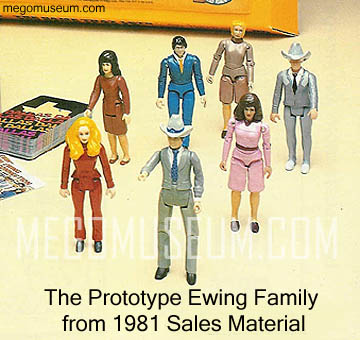 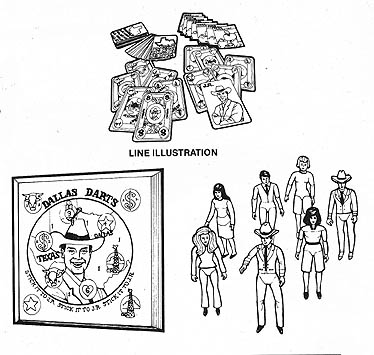 Buyers purchased many of Mego’s other Dallas toys (JR Target, Card Game) but passed on the figures. According to a 1981 interview with Mego VP of marketing, Allan Chernoff mentioned that Dallas was a “bomb” for Mego. They obviously never got beyond these scratch built figures (see the Kenner Product in there?) so like the 1988 season, these figures are just a dream………………