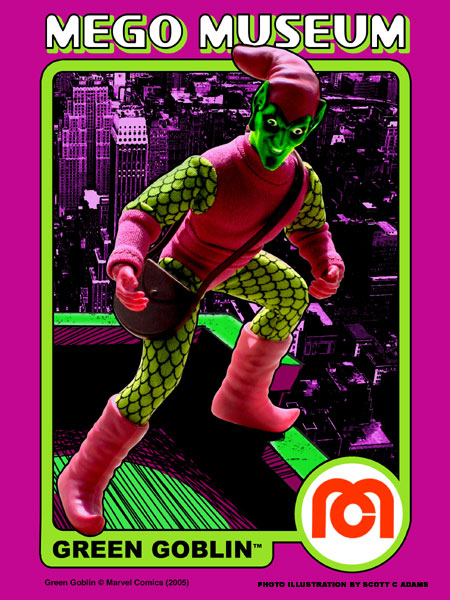 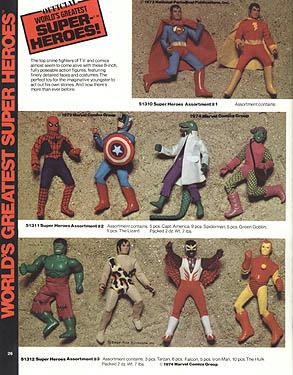 Another fantastic achievement of the 1975 WGSH releases, Green Goblin was Mego at it’s best. From
his finely detailed outfit to the thoughtful addition of his satchel, this was a 3-D representation of Spider-man’s worst nightmare.

Interesting to note, Green Goblin was one of only two Marvel Villains produced, the other being Spiderman’s other foe, The Lizard . 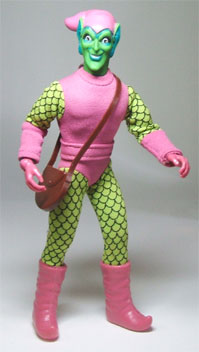 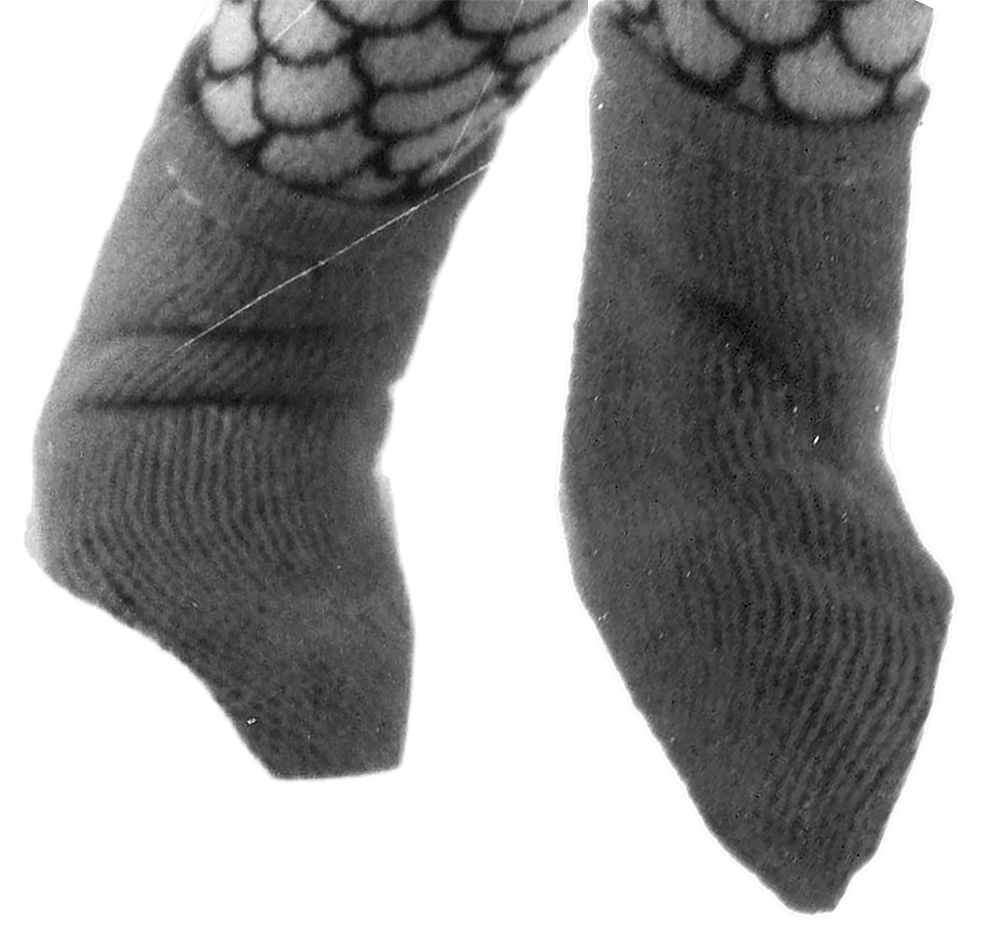 Thanks to Benjamin at WorldsGreatestToys.com, we have images of what appears to be the prototype Green Goblin action figure. 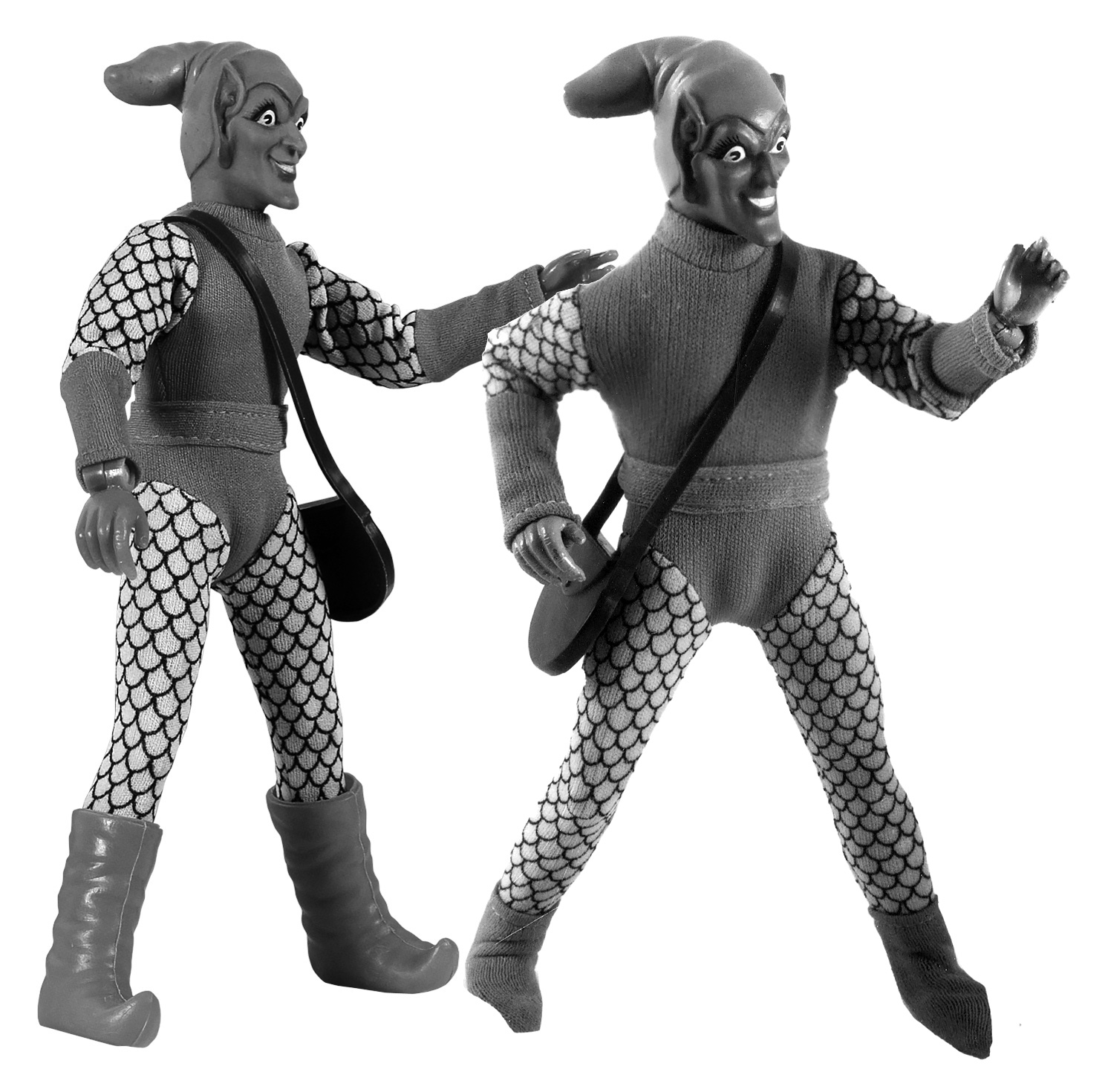 Taken from a 1976 sell sheet, Ben noticed that Gobby had himself a nice set of fabric booties as opposed to the plastic boots that we eventually get. It’s possible that this early Gobby is merely a stand in until the tooling was finished or a very early mock up. 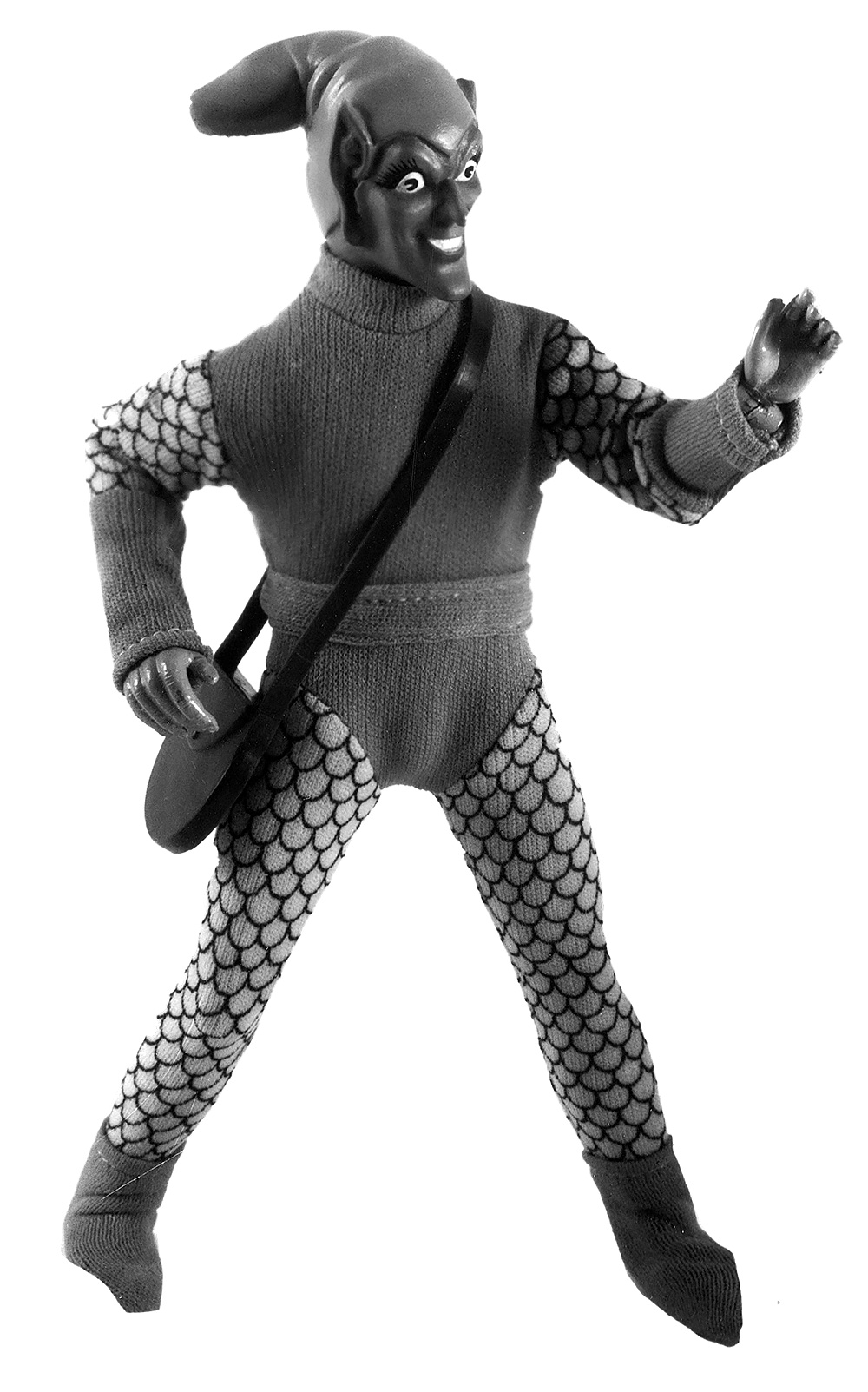 Thanks to again to Benjamin at WorldsGreatestToys.com for this great glimpse of pre-production! 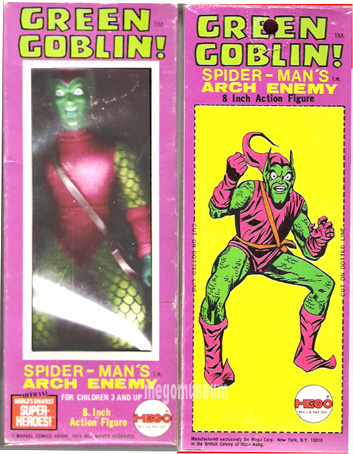 The Green Goblin box is by far the easiest way to find the character, note that Mego removed the Bat Glider from the original Amazing Spiderman #40 John Romita art. Thanks to the Spiderman Collector Message Boards for this insight. 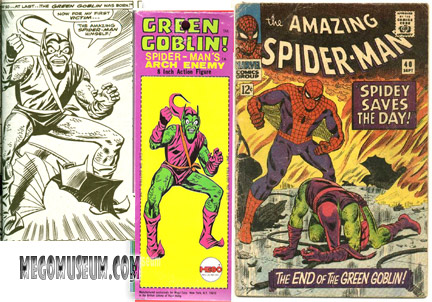 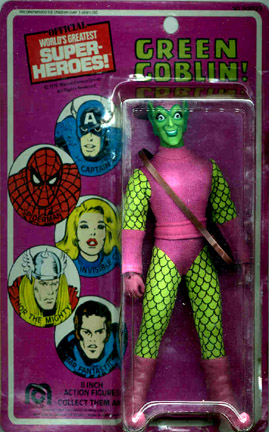 Carded Mego Goblin,should really be called “The Chairman of the board” as it is the most difficult to find of the Marvel WGSH. Goblin, much like Iron Man, was dropped after this assortment, seeing as he was likely short packed, it’s impossible to find a carded example of him! Green Goblin was not released on a Kresge Card. 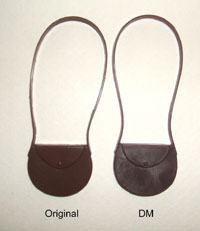 Green Goblin’s bag of tricks has be reproduced by Doctor Mego. The only real difference is it is slightly lighter in color. It is stamped DM on the back side of the bag.

Goblin’s boots are unique to the character and made of the same hard plastic mego used on most of their WGSH boots. There are no factory made reproductions of these boots available.