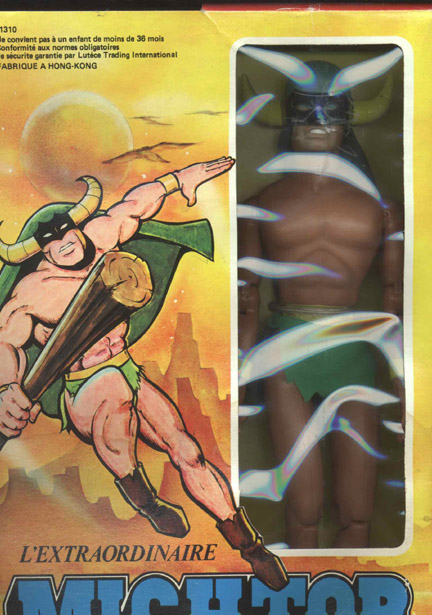 In 1979, French Mego Distributor Pin Pin toys (the “La Chose” people) decided to capitalize on the popularity of Hanna Barbera Superhero cartoons then playing on TV in France, they already had the Fantastic Four and commissioned Mego to make another figure, Mighty Mightor. 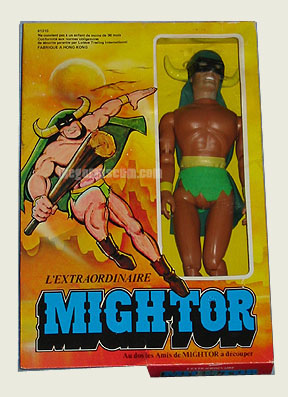 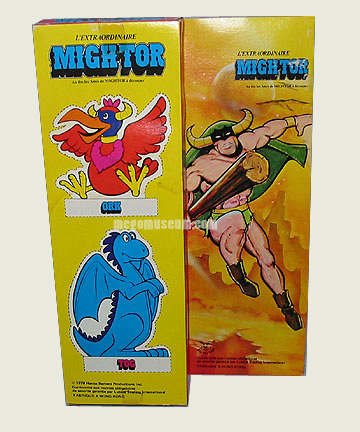 When Mightor was first discovered, prices soared past a thousand for the first loose examples, they soon went down to more reasonable price when decent loose figures started appearing on ebay with frequency. 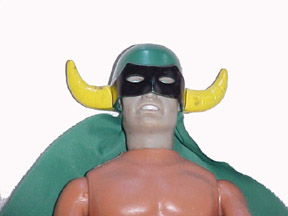 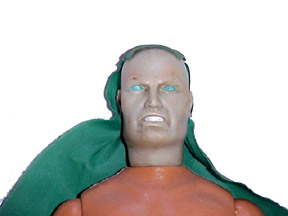 No wonder he wore a mask. Yikes.