One Million BC Gallery

This line from 1977-78 took it’s name from the Raquel Welch classic, but was not related to the movie. The female, Mada, far from being Raquel Welch, actually shares her head with Ma Walton…

A Tribal Lair treehouse was protyped and advertised on the card back, but was not produced. The cave family also had a Tyrannosaur, Dimetroden, and Hairy Rhino to populate their prehistoric adventures.

Given childrens television at the time, it’s no wonder Mego chose to create this line. Children across the world were watching Land of the Lost, Korg 70,000 BC and the animated Valley of the Dinosaurs

The cave man series produced a number of unusual features for the 8 inch format. The figures have fused torsos (no waist unit) to accomodate the “Spear Throwing Action”. Lacking the waist unit, the bodies have trouble standing up. They are hard to pose, especially in their furry shoes. 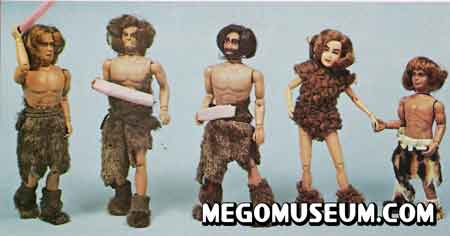 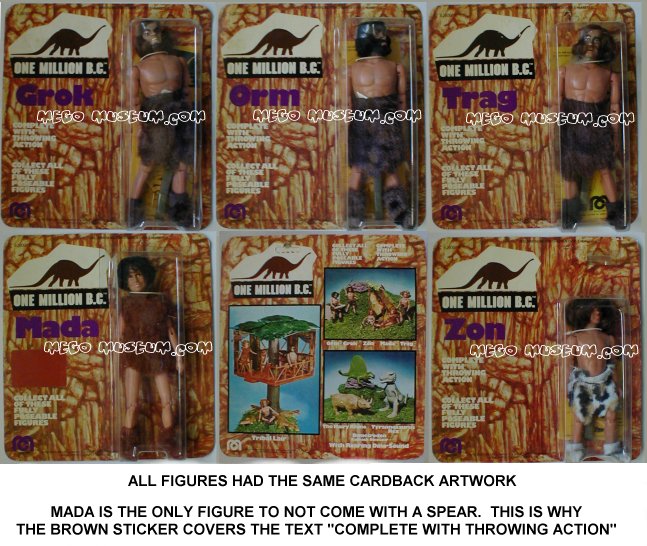 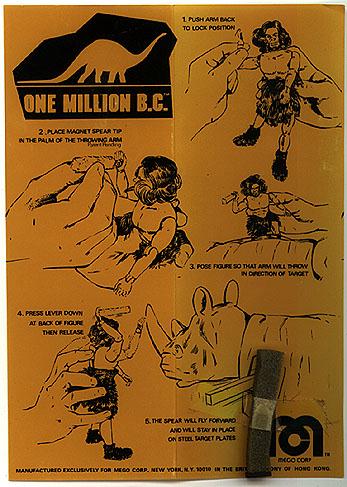 John Banavita noted it in his book, but I missed the fact that the spear is a foam dart with a magnet on one end…I had always assumed that they came with, y’know, SPEARS.

Still, the throwing action works okay and tosses the dart quite a ways… 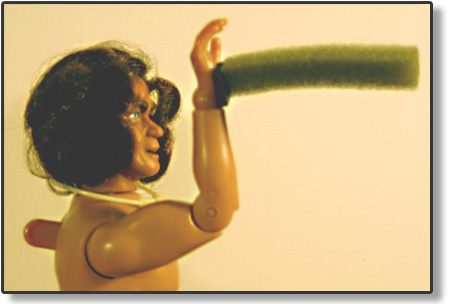 Before Iron, Bronze, and Stone came the Foam Age. 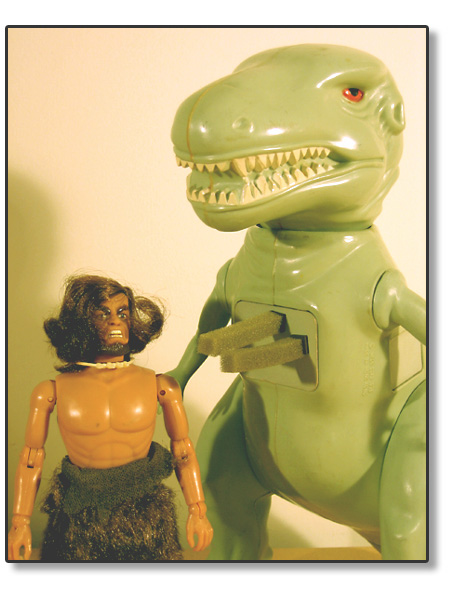