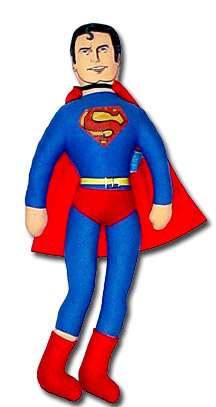 Super Softie Superman in all his Glory, an awesome piece to own in any size. Like all the Super Softie figures, Superman is available in 19″ and 24″ talking versions, the design of the doll mirrors his 8″ counterpart especially when you consider the “Sideburn factor”. Unlike his counterparts, there is an honest to goodness varation as pointed out below: 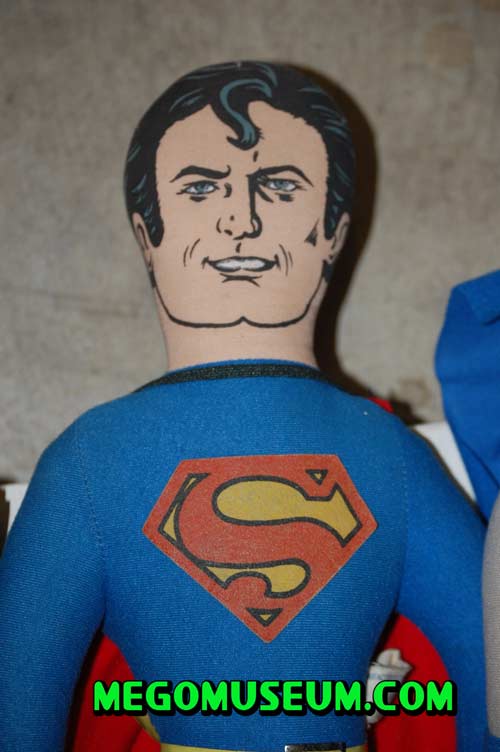 As pointed out by Mark Huckabone, there are two distinct heads for Superman, one having more detail than the other. It’s not known which version replaced which or why this was done considering the low production numbers of these. 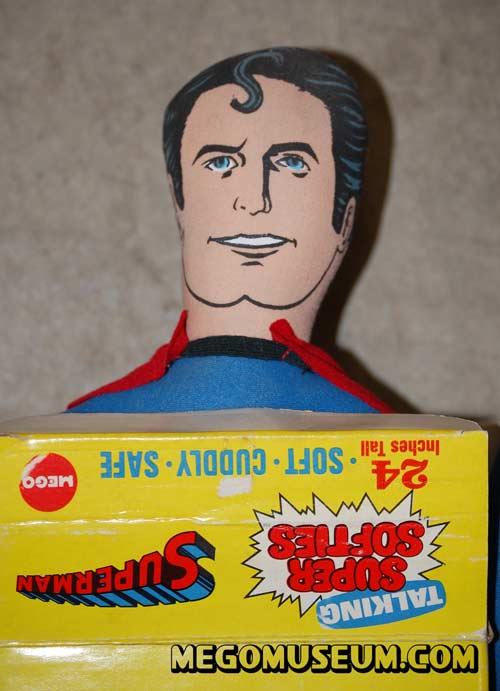 24″ Super Softie Superman says five things, among them are “Up, Up and Away”, “Faster than a speeding bullet” and “Quick to the Phone Booth I’ve got to change to Clarke Kent” which is something Superman should keep to himself. Below are some recordings of Superman’s voice:

The biggest kick back to collecting Super Softies is the Giant WGSH Packaging, it’s a giant version of the 8 inch mego Superman box!. 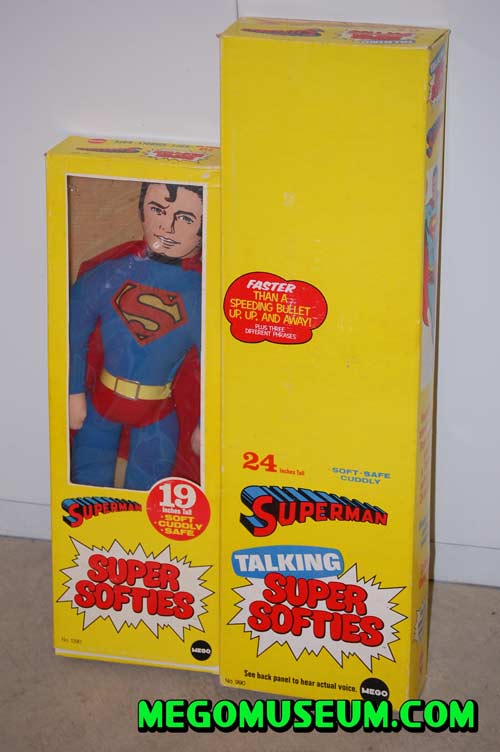 This box comparison shows the size different between the 19″ and the 24″ figures, note that the Talking Superman still has his original protector on the package. This is how they were shipped to avoid damage and very rare to find. Photo courtesy of Mark Huckabone of Heroes Toy Company 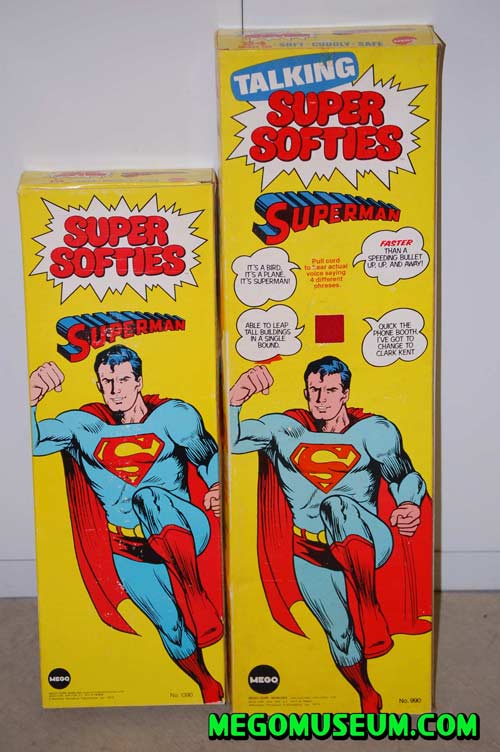