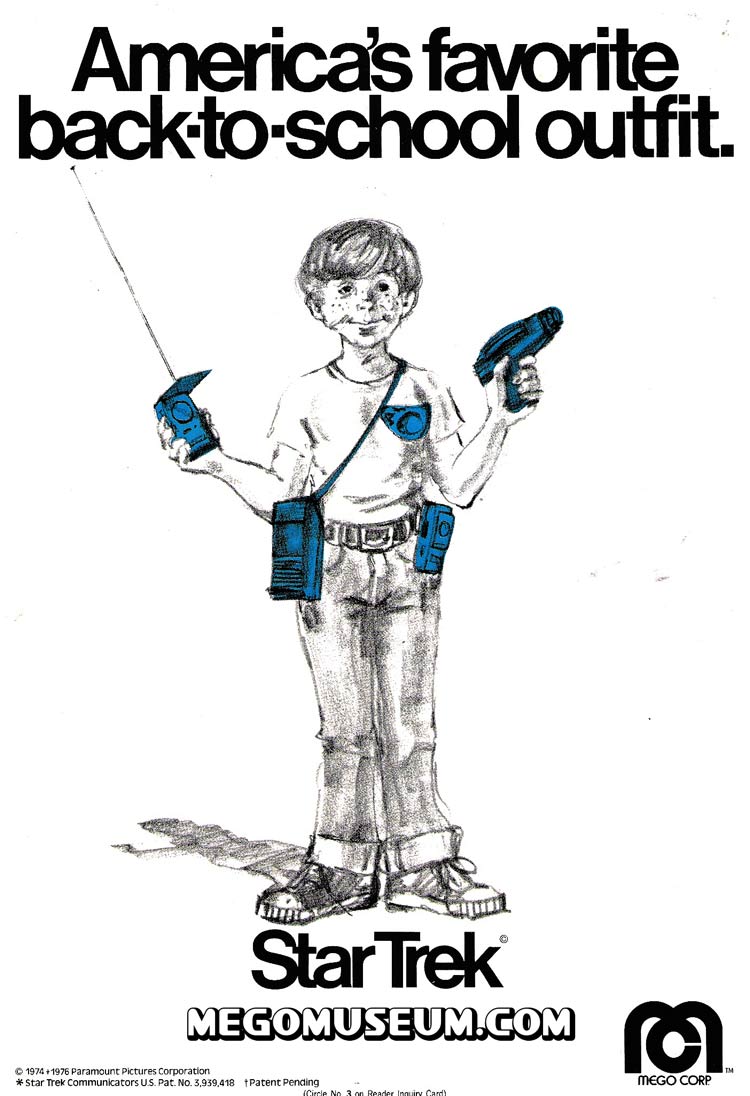 The Mego Star Trek line provided opportunities for Mego to branch out and innovate beyond action figures. In the years to come Mego would pioneer a number of electronic interactive toys and games. 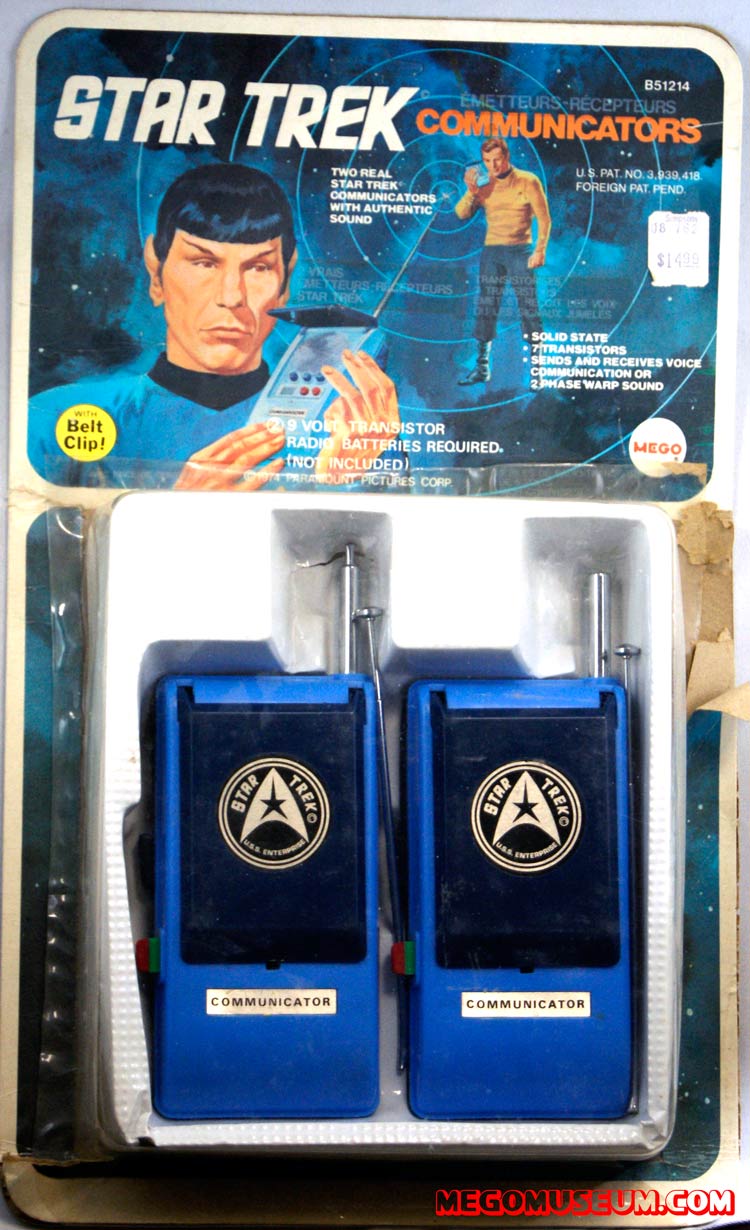 These were big fun! You could talk to your friends and annoy truckers with your Mego Star Trek Communicators. “Real walkie-talkies!” Mego cleverly repackaged these hit toys for Batman and Robin a year later, the  Bat Coders were released in limited quantities. 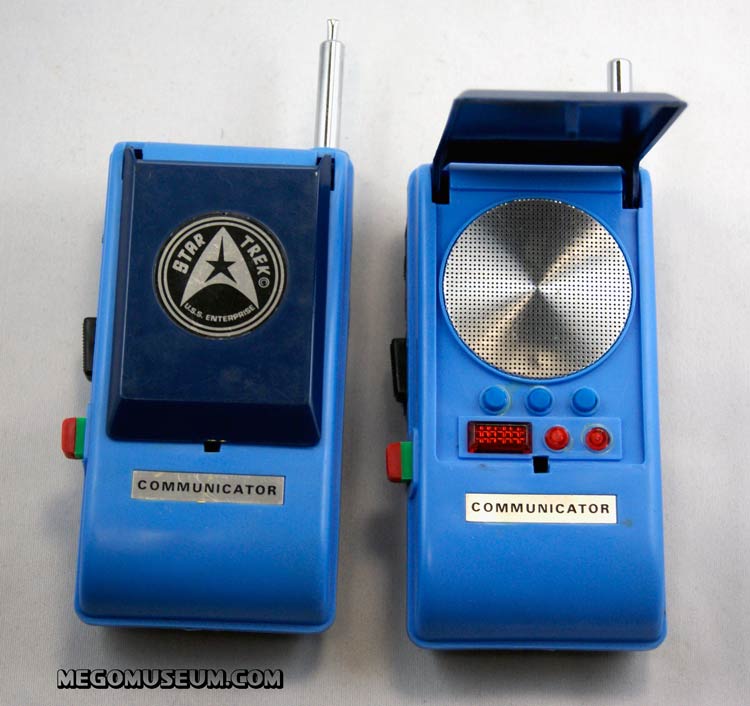 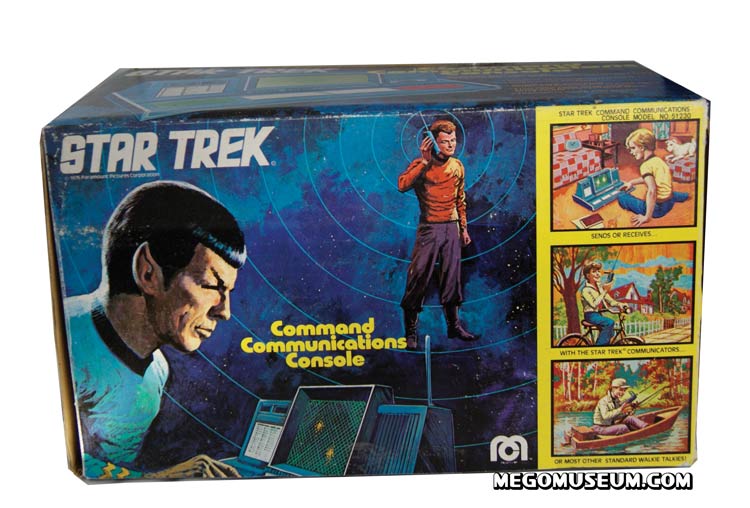 Wait! Don’t think you’re done because you have the communicators,
now you need the Command Communications Console. 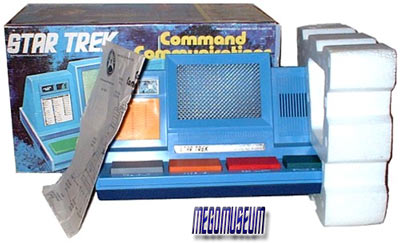 The Command Console actually works with the Mego Star Trek Communicators and has a light up front that really looks like it belongs on the deck of the enterprise. On the other side of the Universe, Mego tried to repackage this toy for  Batman 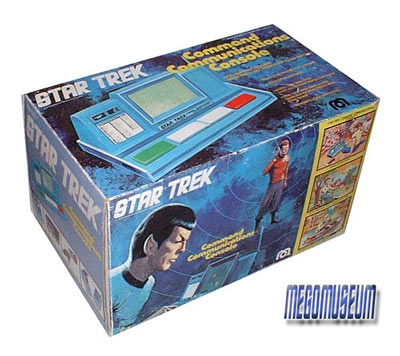 Mego went all out with this box art, like everything else in the
Trek series. 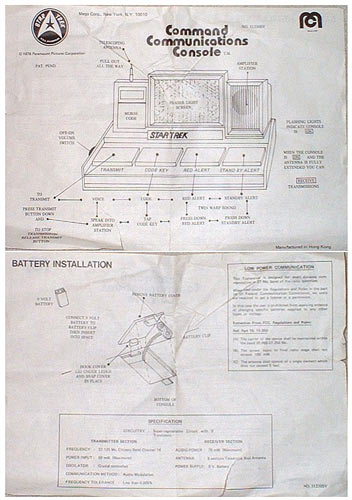 Original Mego instructions. Thanks to Mike Farrence for all the
great pics! 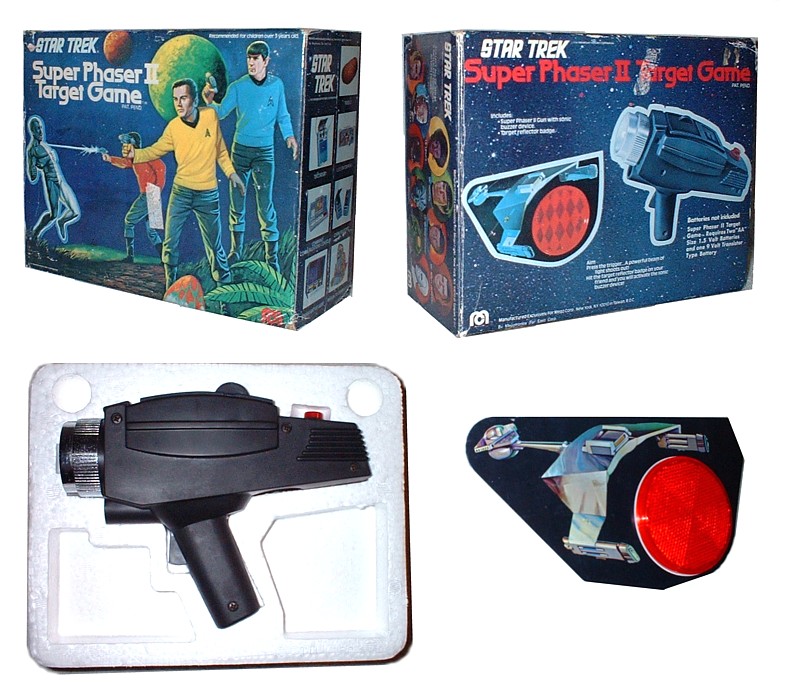 Courtesy Mike Farence. An innovative precurser to the “Laser Tag” craze of the mid eighties. Many former Mego employees  mention this item fondly….. 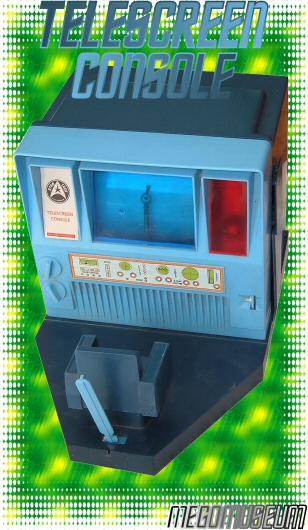 Telescreen Console Playset Truly a unique piece in the Mego Star Trek line, part game, part playset the Telescreen console is unique unto itself. It’s design is very similiar to conputers that appeared on the Original series, one could almost imagine Captain Kirk blowing this up. 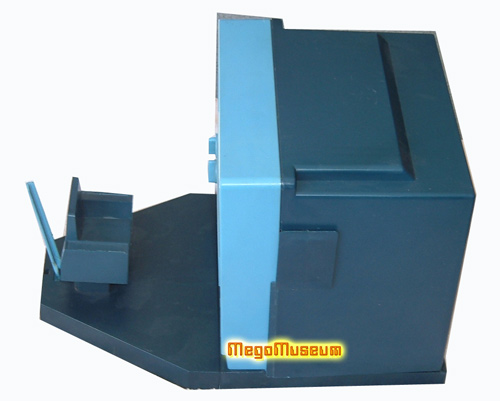 The game aspect of it is extremely indicative of it’s time, you line the enemy ship into your sites and watch the fire works, all the while you keep your own score. Having a figure sit in the chair was a master stroke as it adds immense play value to the whole scenario. 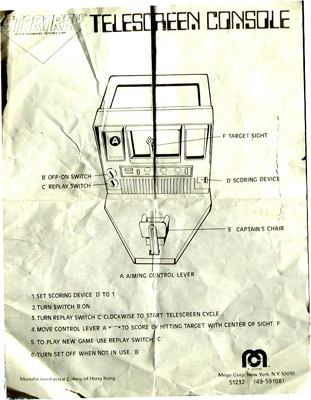 The original instructions for this highly complicated device. 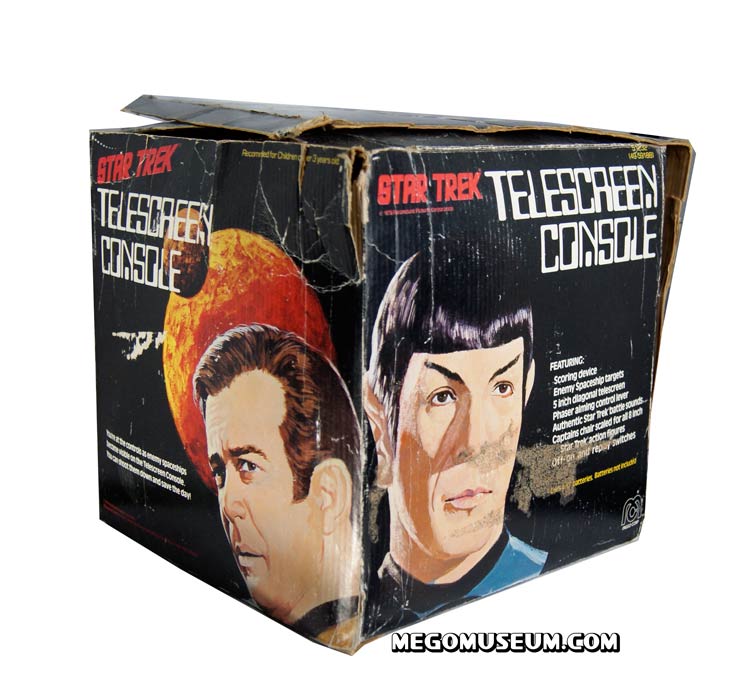 The telescreen console has one of the more attractive packages in the Mego trek line, something every somber about the black background. 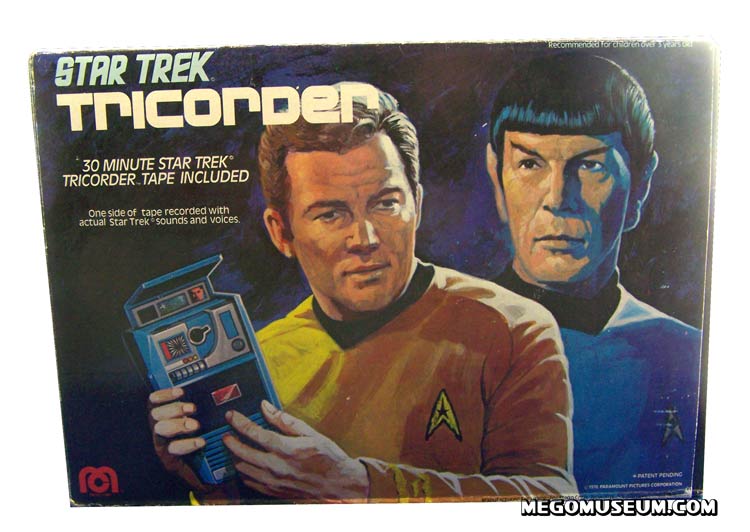 The Mego Tricorder is an honest to goodness working Tape Recorder, cleverly disguised as Mr Spock’s favourite tool. The Tricorder was invented by John McNett who at the time was working for the Reiner Creative Group. McNett would later join the Mego team. 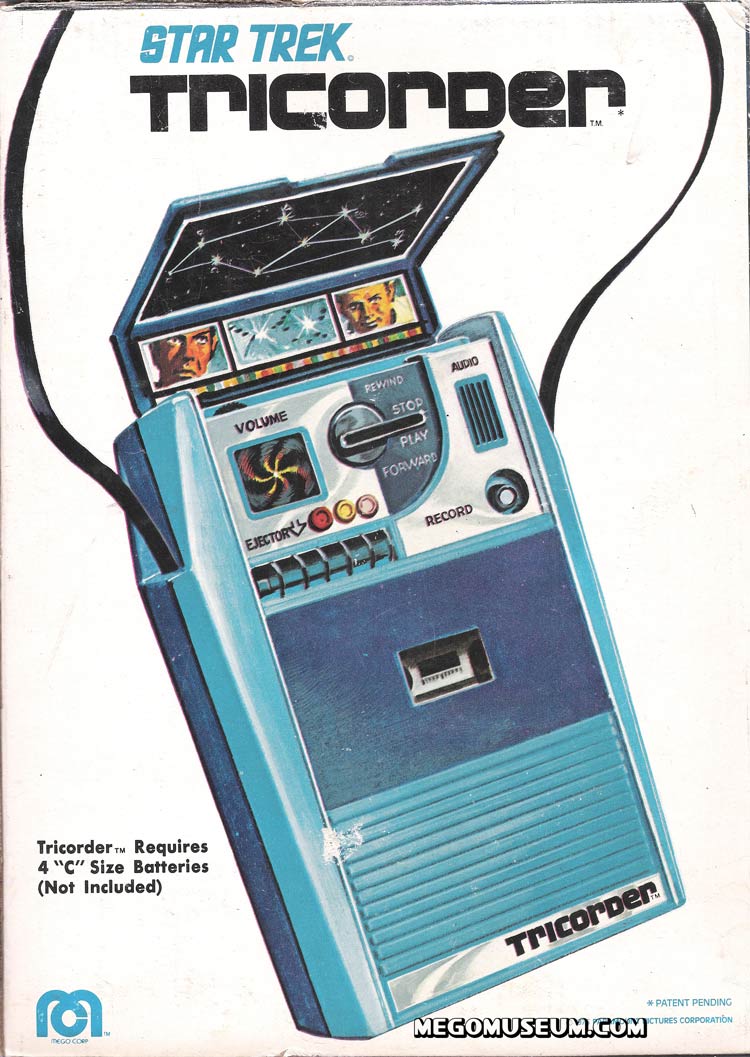 The tape is 30 minutes of “The Menagerie” and on the other side, space sounds. It’s been years since I listened to this but harkens back to a time when you’d “tape” your favorite shows in audio only. 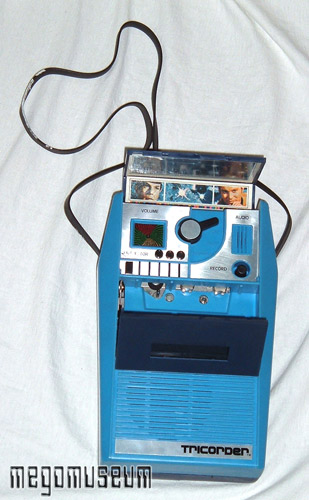 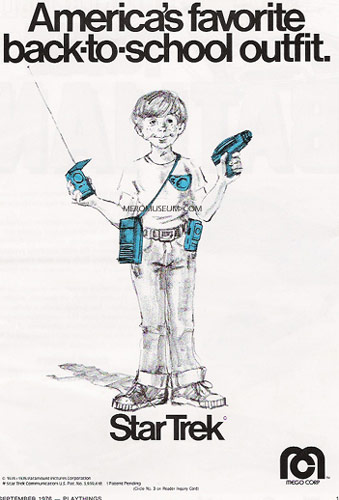 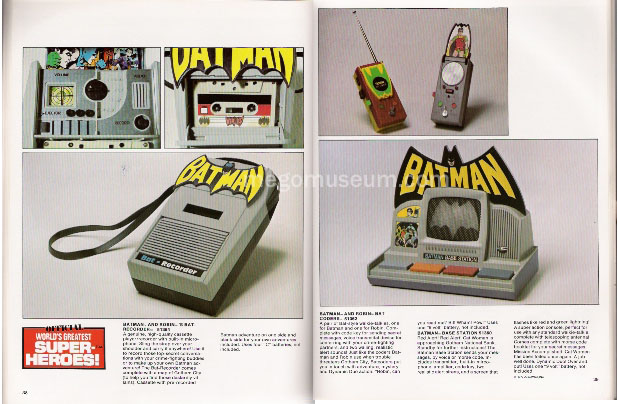 Mego Attempted to sell a Batman version of the Tricorder in 1977,  however it is unknown if they were produced

Click on the pic to view the1976 Mego Catalog 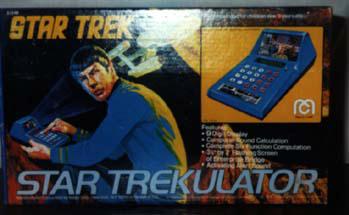 A working calculator, it’s “screen” features a nice painting of Kirk in his green vee-neck shirt. The Trekulator is one of the more difficult items to find MIB.  It was produced but for a limited time and in likely small quantity. If you own a boxed Trekulator and want to share photos with us, we would love to hear from you. 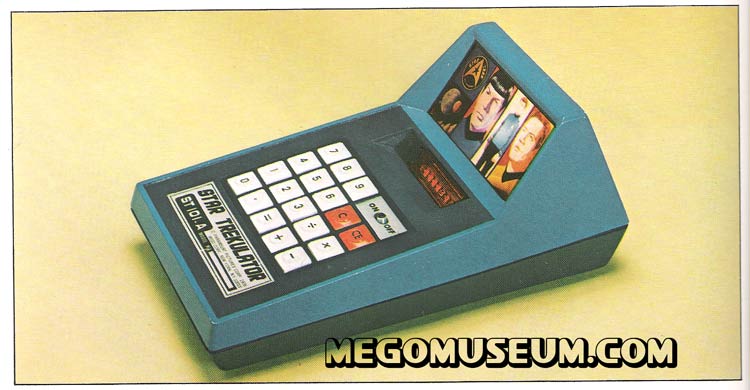 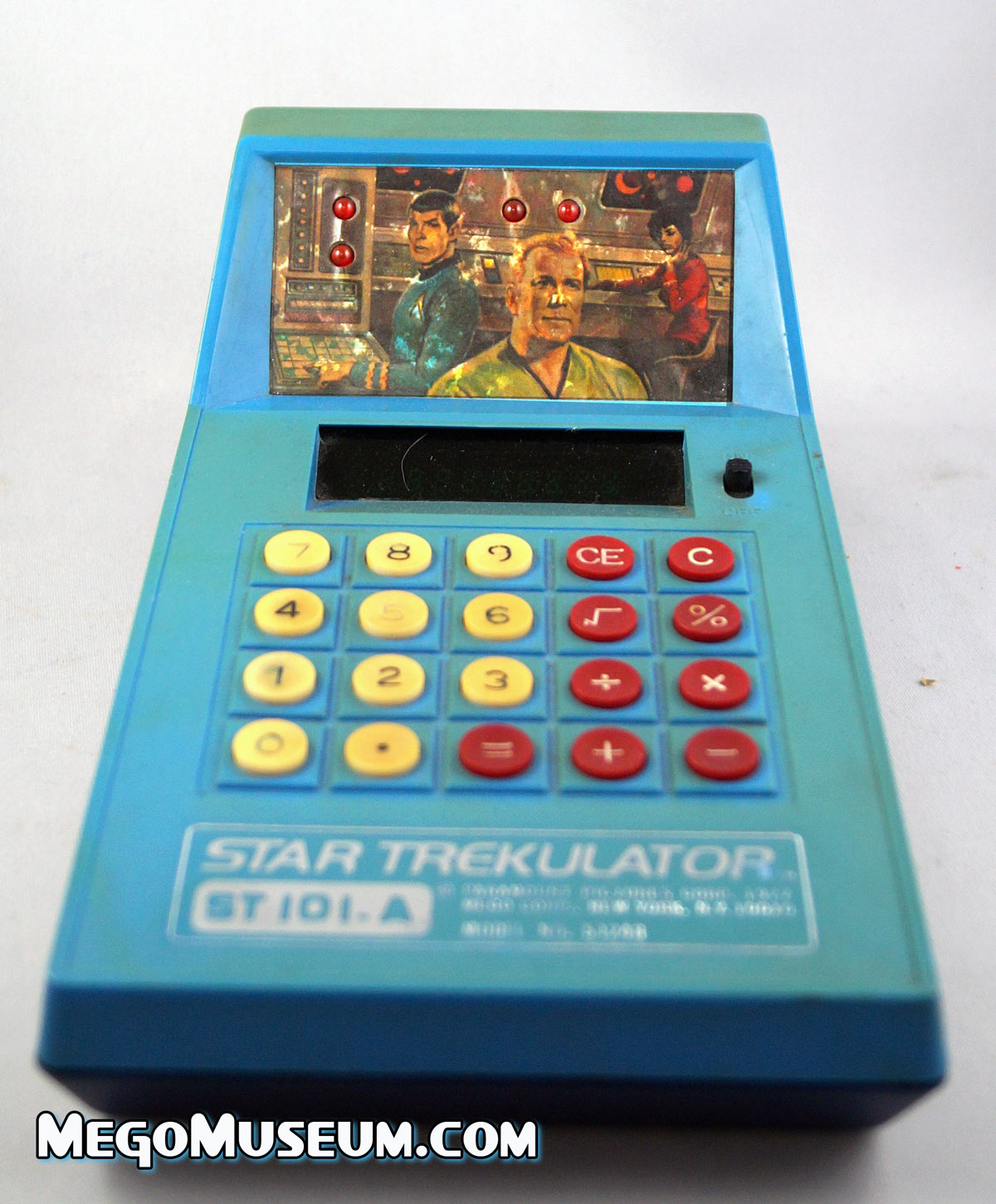 We’re lucky enough to have found a loose Trekulator recently, it’s not perfect but the price was right. 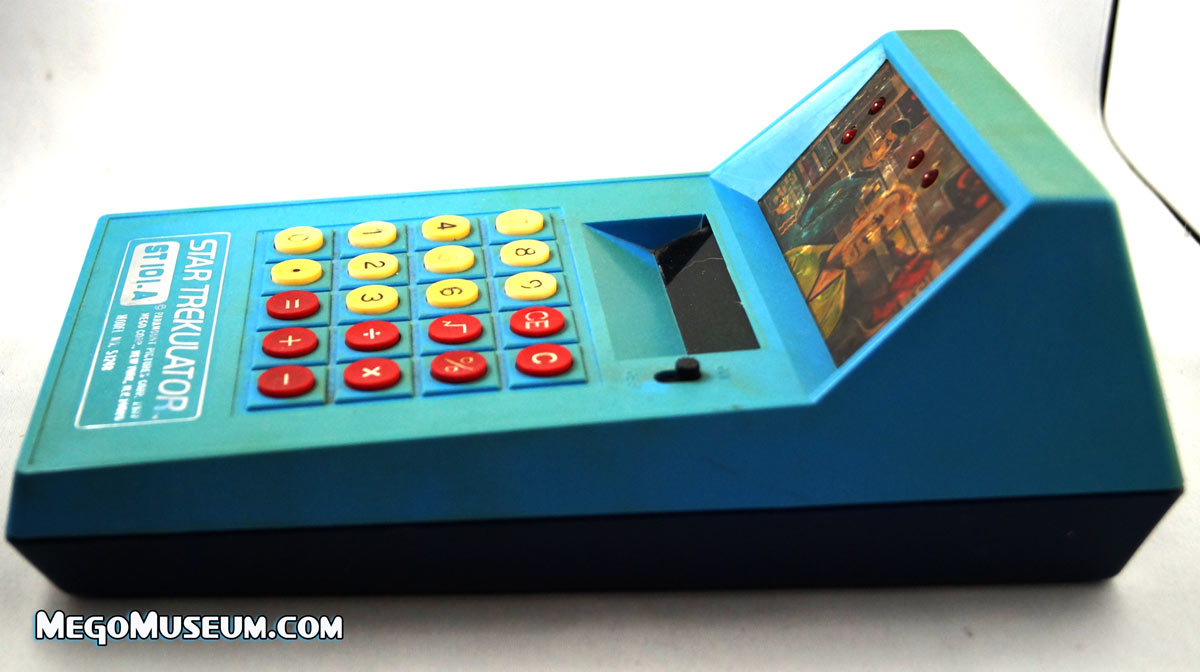 There is something so wonderfully charming about a toy meant to be futuristic but made with 70s tech. I absolutely love this. 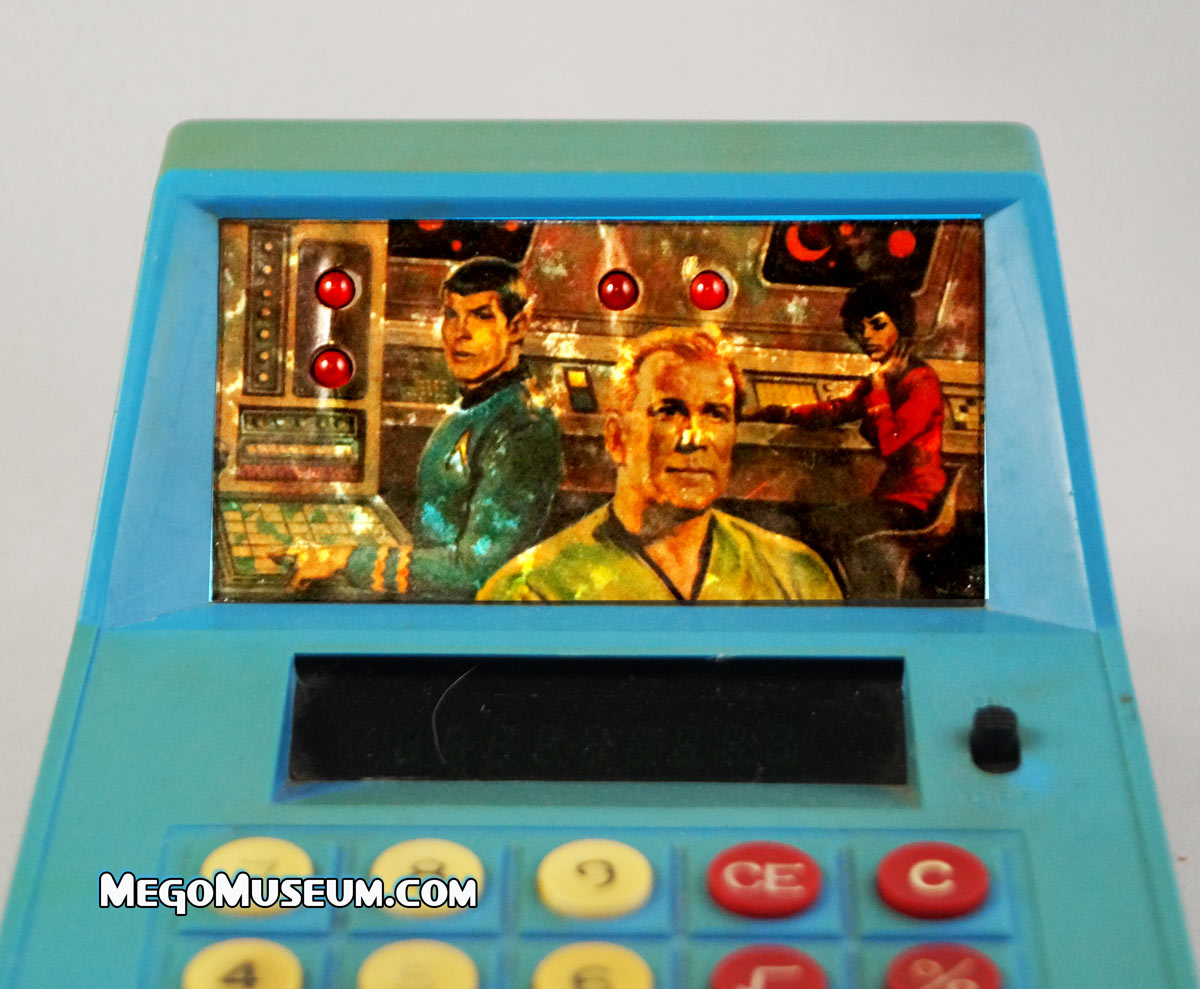 Better shot of the awesome artwork, I am going to assume it’s possibly the work of Harold Shull unless I’m told otherwise. Whomever it was, they nailed Shatner. 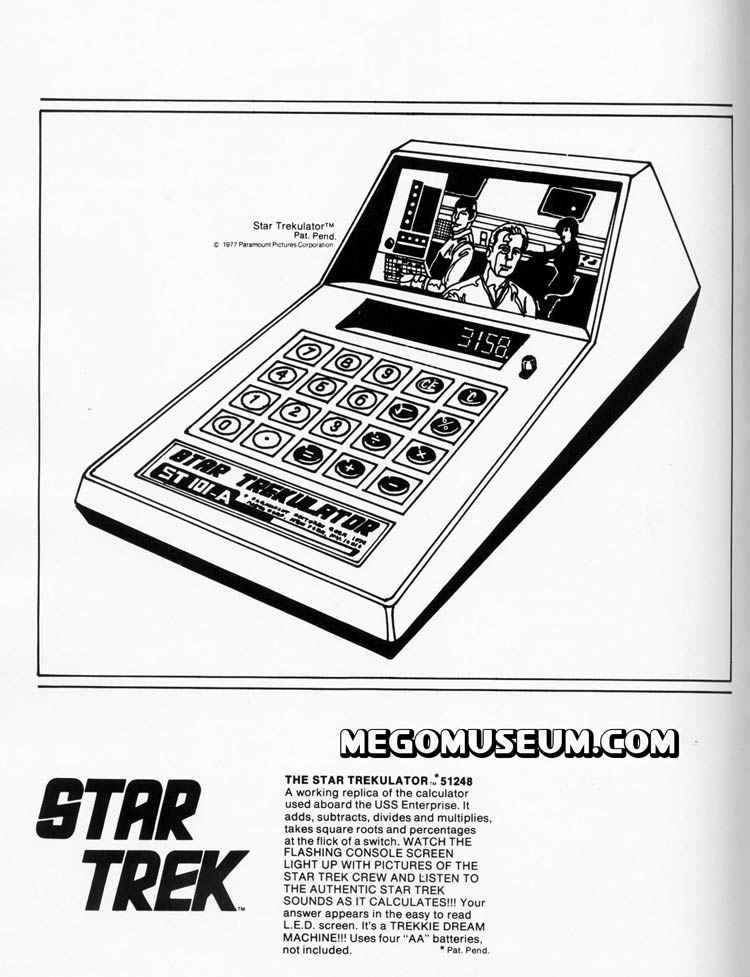