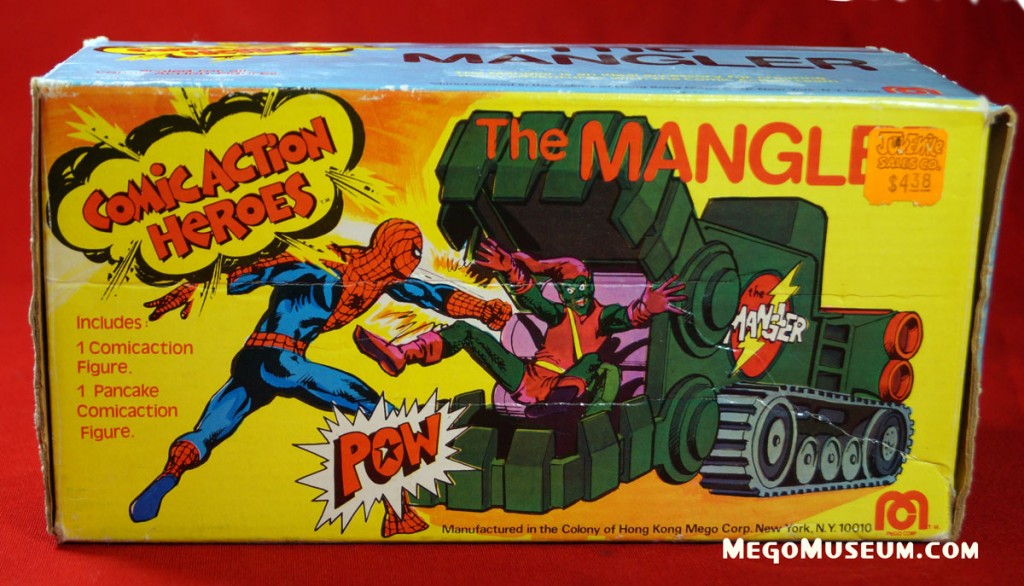 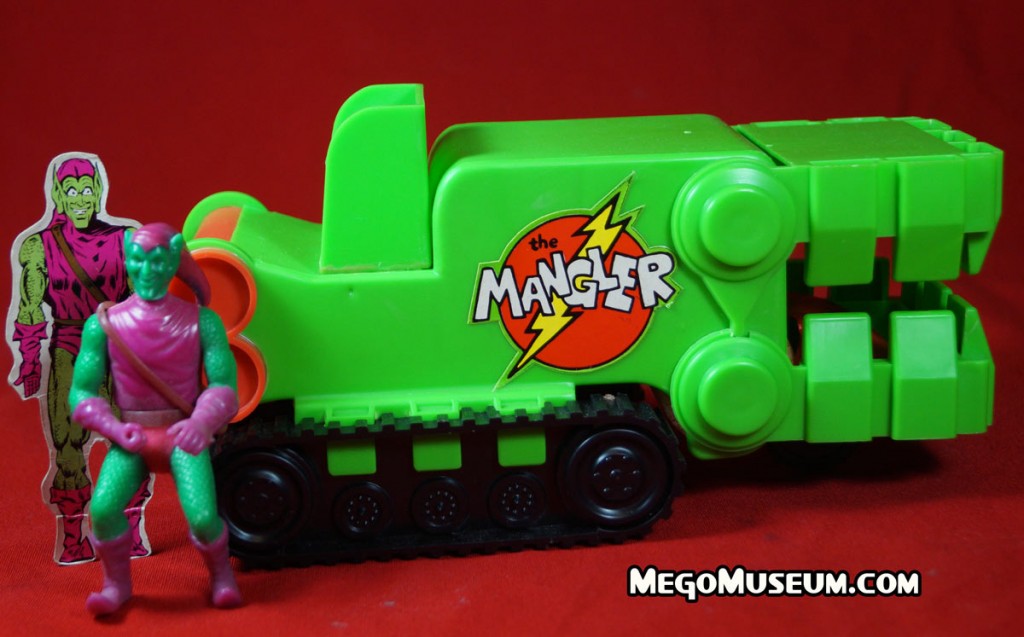 One of the many Comic Action Heroes accessories is the Mego Mangler, which included a Comic Action Green Goblin figure is the strangest piece ever made for the Mego Superheroes and one of the coolest. 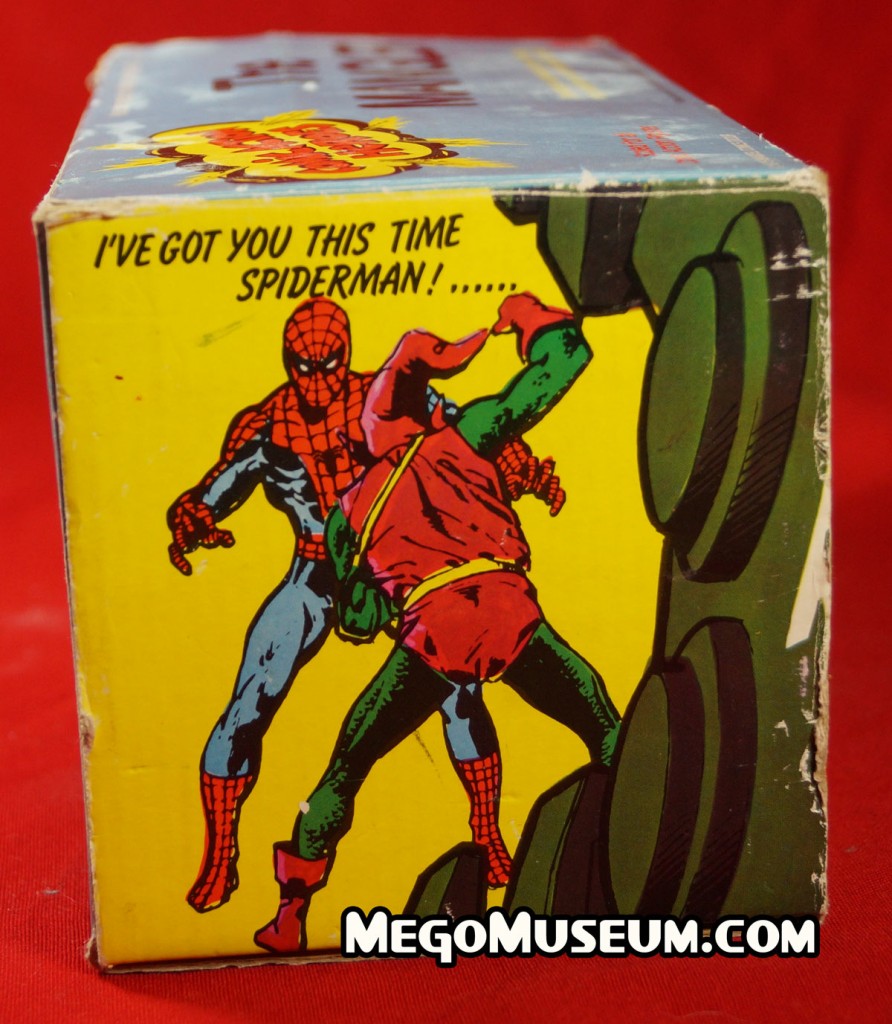 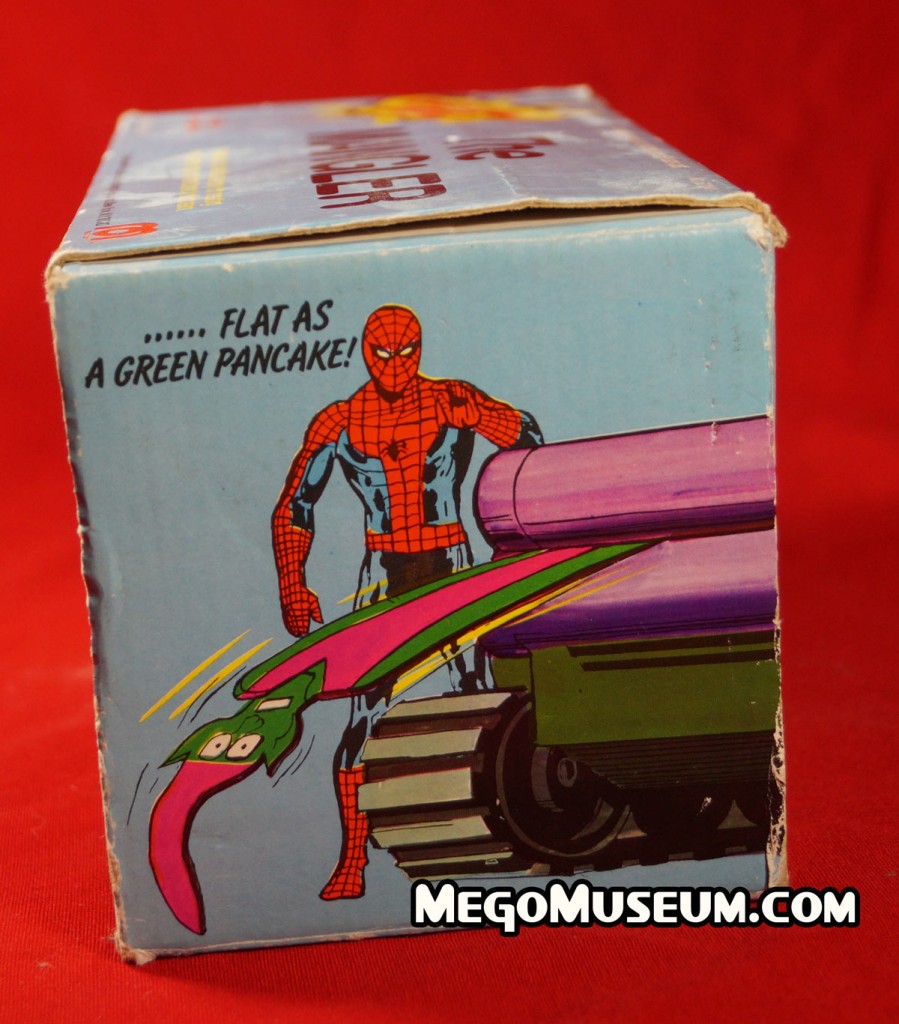 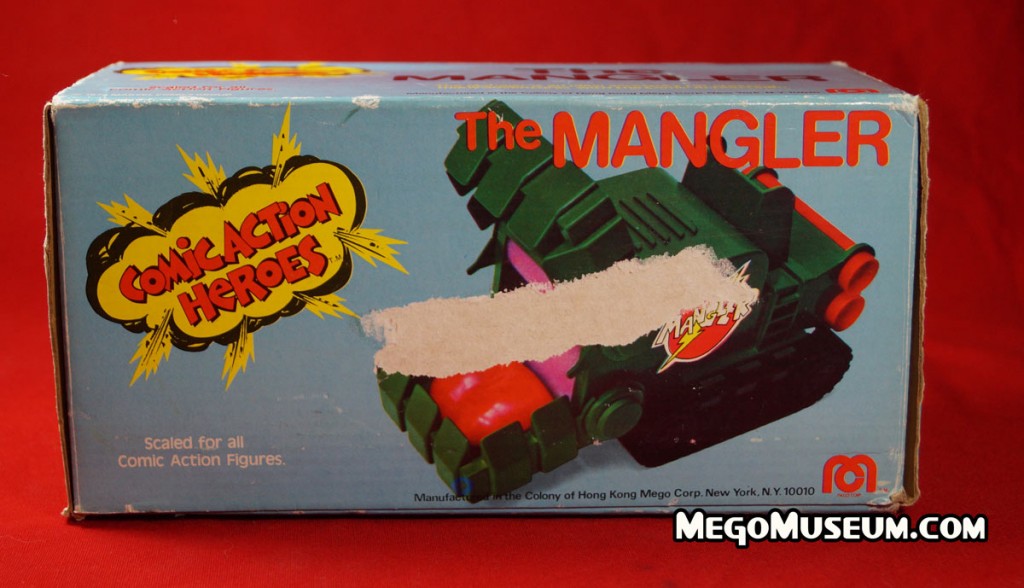 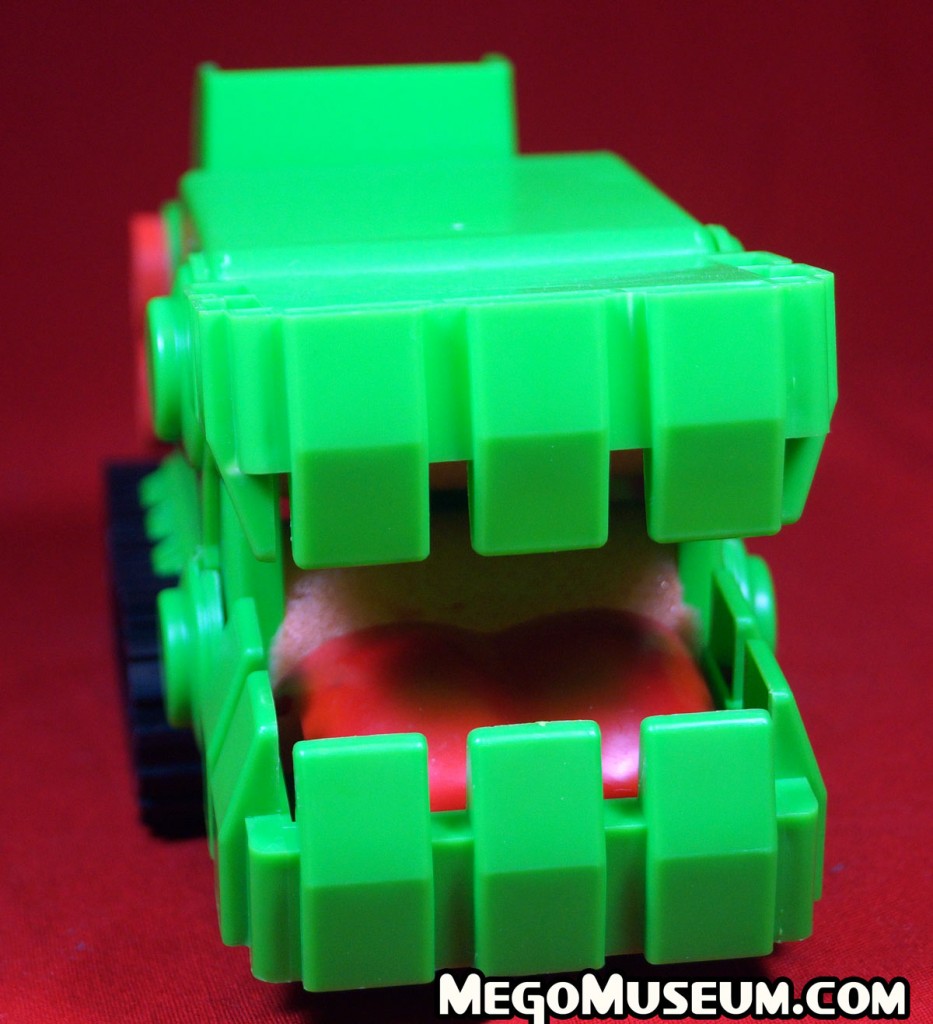 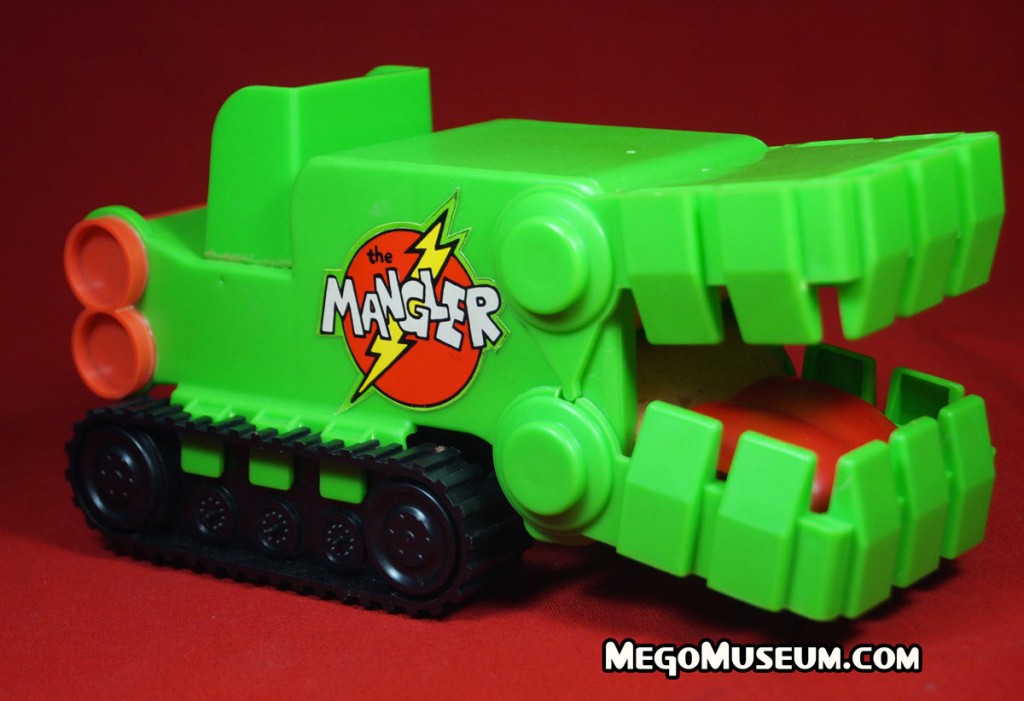 According to it’s packaging the Mangler is “An Ideal accessory for creating many adventures with the Comic Action Team” Hey, it sold me!

Always missing from the Mangler playset is the flat Green Goblin, Keene Silfer was kind enough to provide a scan for you to print out. Thanks Keene!

New to the Museum is the Canadian box for the Mangler AKA Le Collander from Grand Toys! 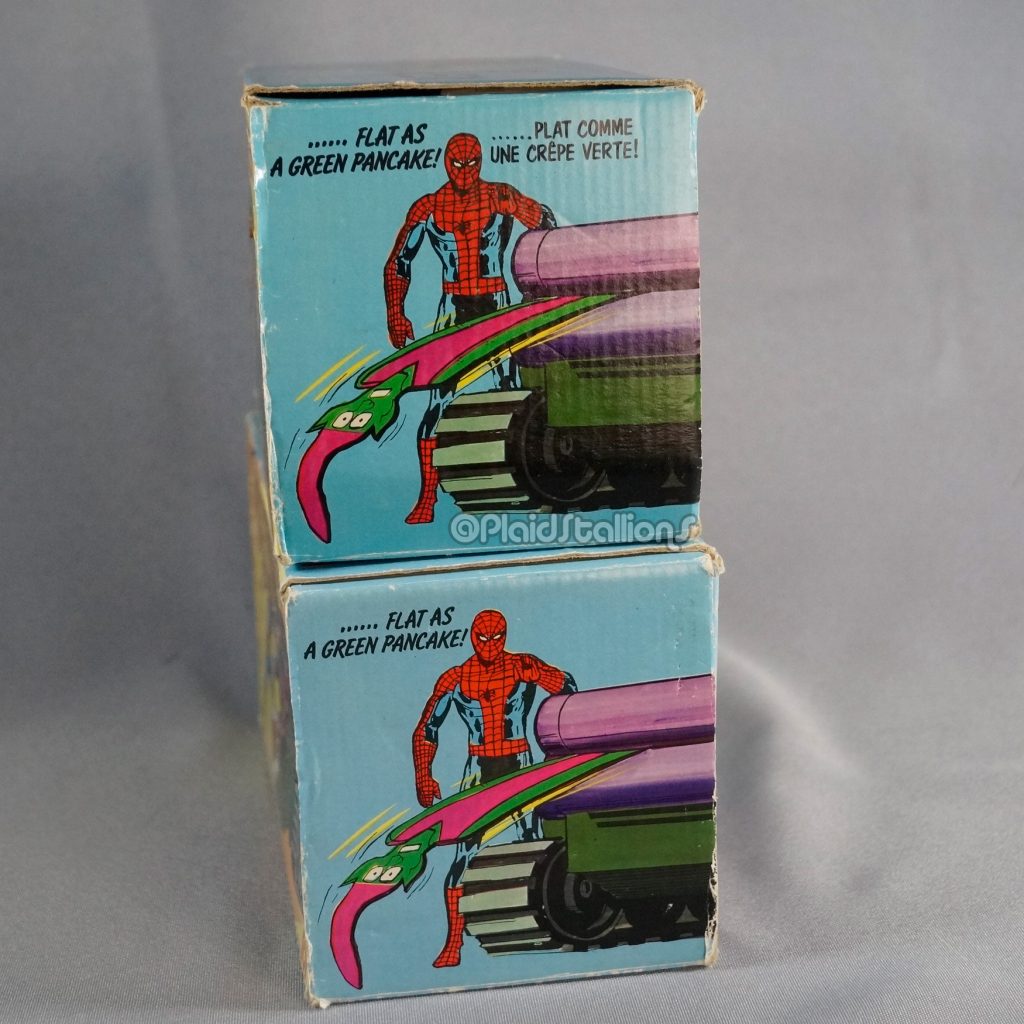 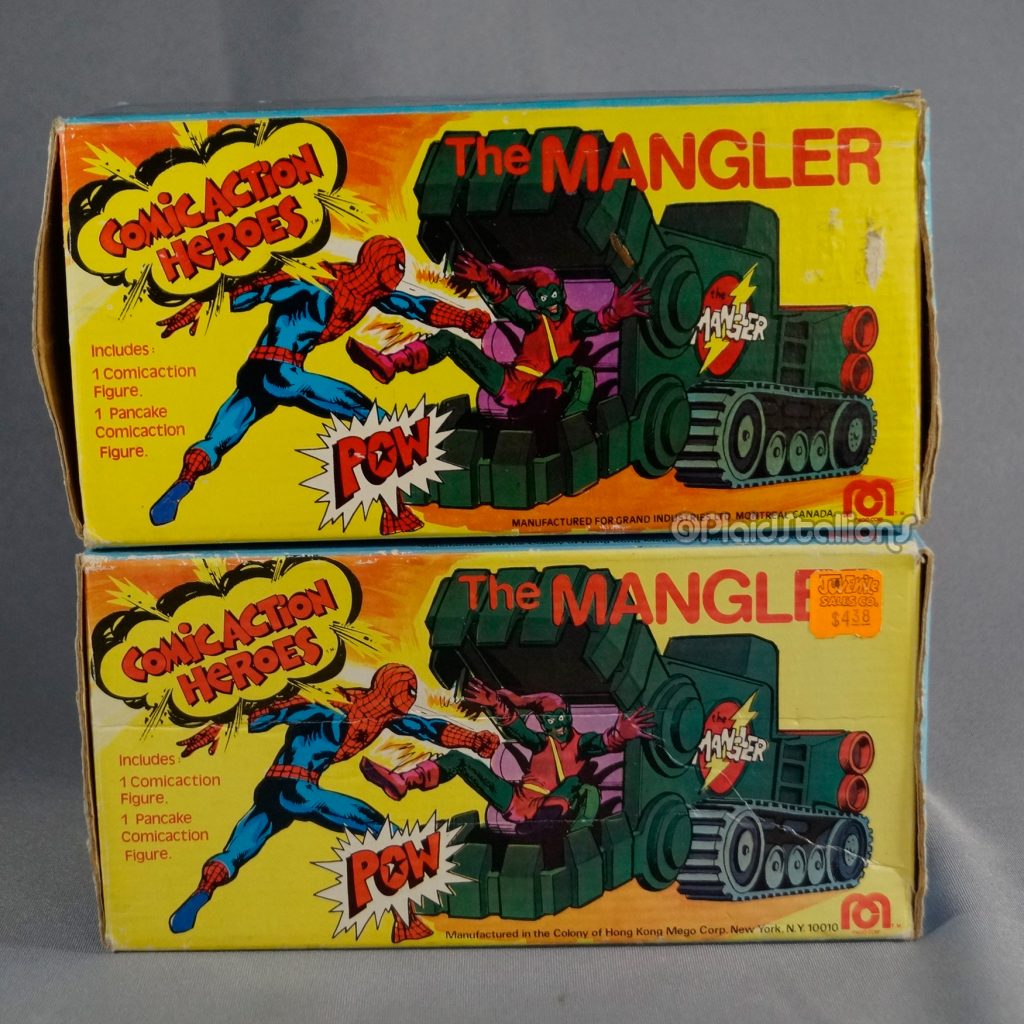 The Grand box (top) for the Mangler is almost identical on the front save for the Toy Company address fine print. 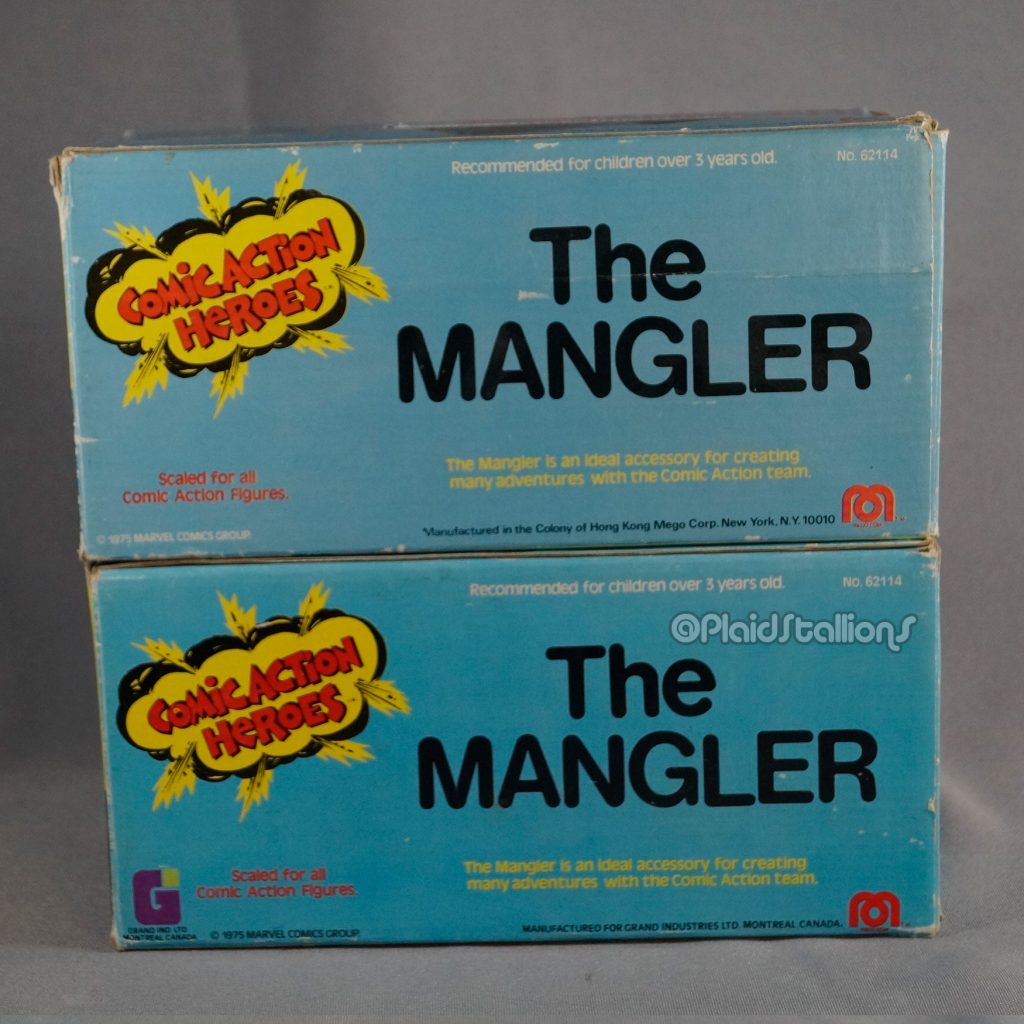 The English side is very similar as well save for Grand Logo, they would change to their more familiar rainbow logo in 1977. 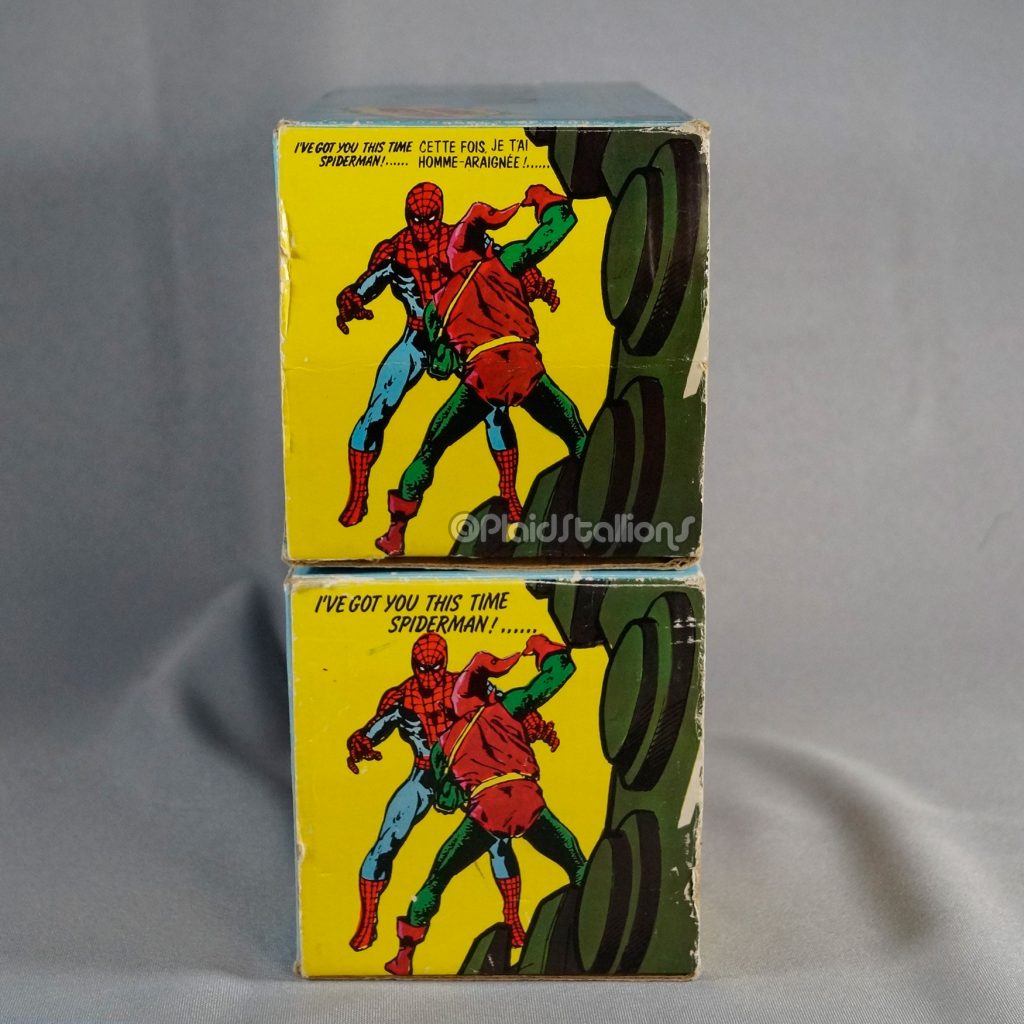 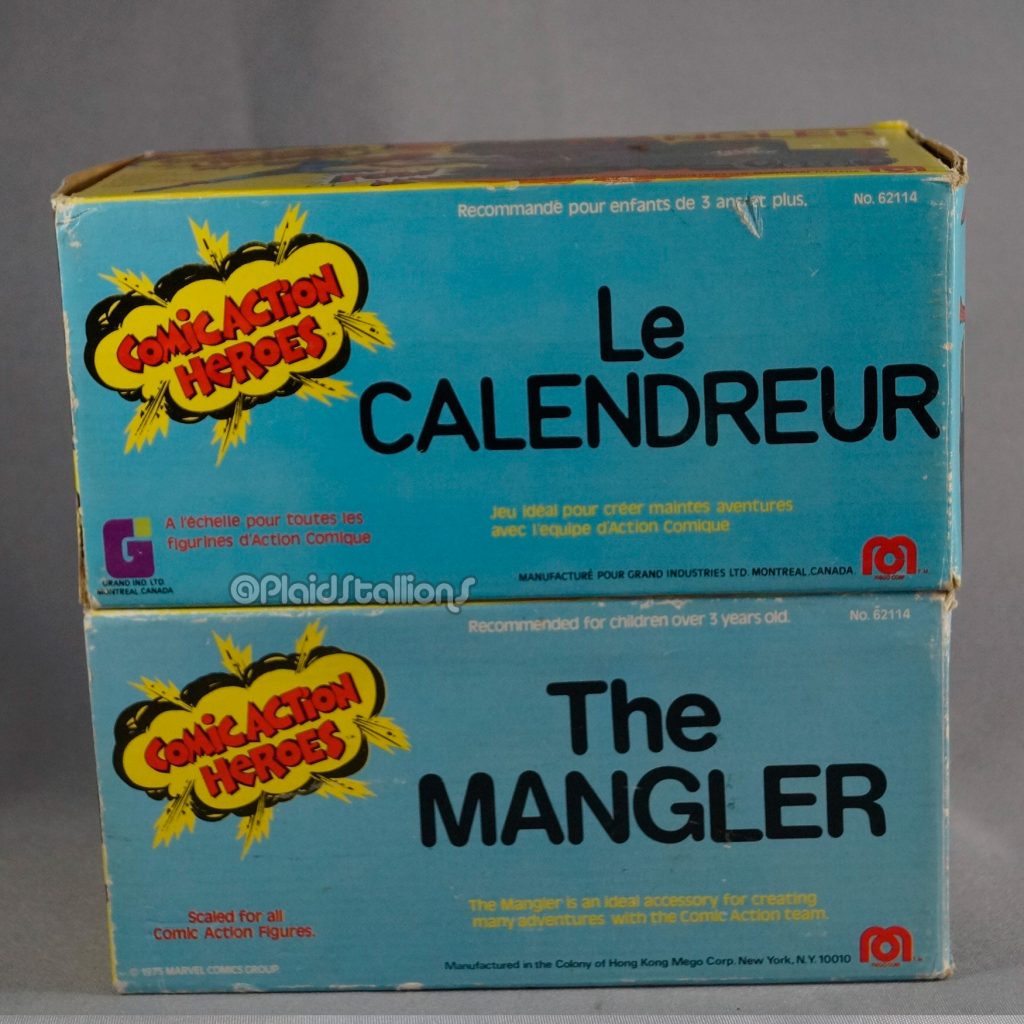 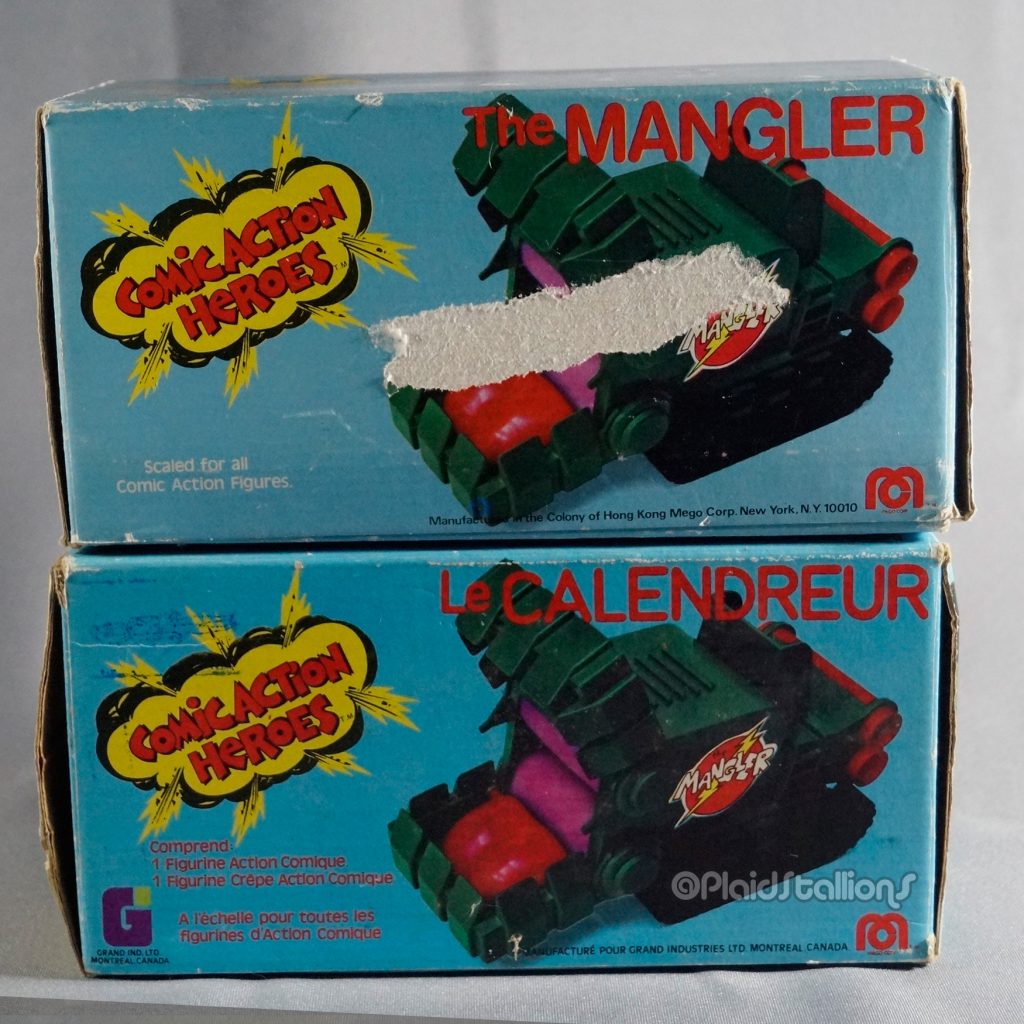 The Canadian Mangler box is very hard to find and few examples have surfaced. 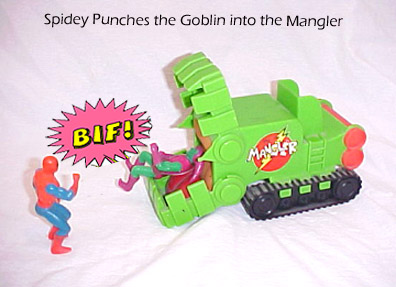 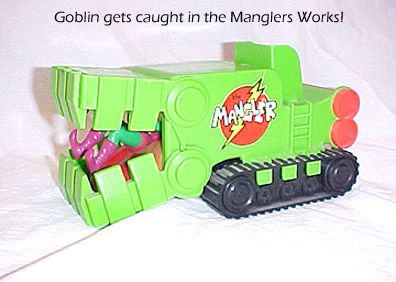 It’s interesting to point out that the Mangler actually “chews”the
Goblin, thanks to it’s front wheel