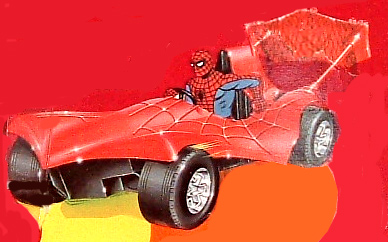 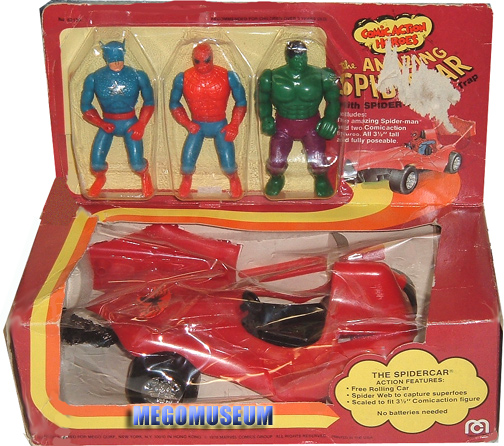 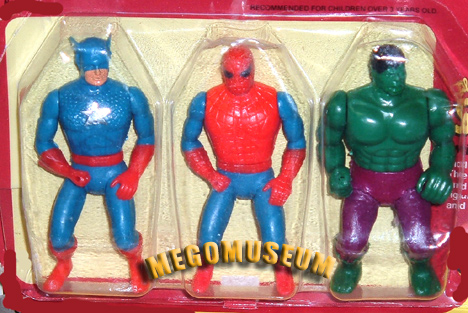 The back of the box is fairly a simple affair and was later recycled
for Pocket Heroes sets. 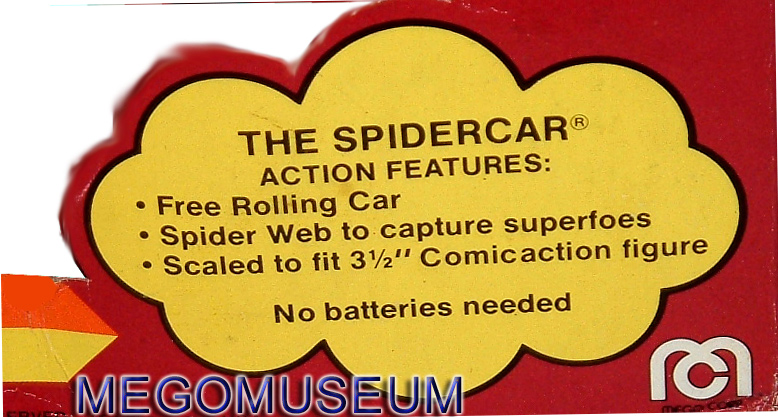 The “Comic Action” cloud is reused to describe the car’s features.

The Spider car (along with the Batmobile) was the last Comic Action
item offered in 1978. In 1979, it was repackaged and sold as a “Pocket
Heroes’ item and the early versions of the car still includes two
Comic Action Heroes (most often Spidey and Green Goblin) for more
information on that check out our Pocket Heroes vehilce gallery.