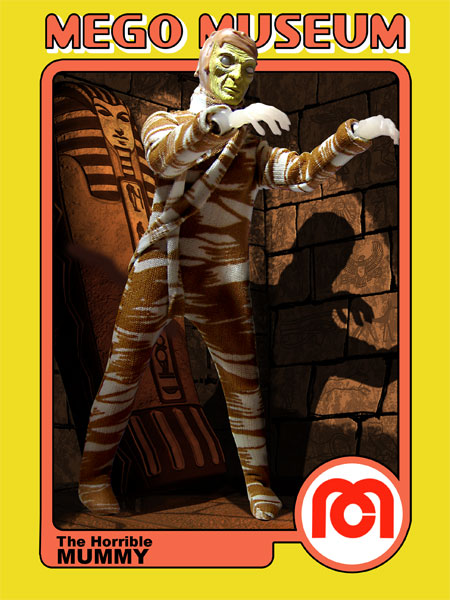 Type One Mummy
Return to Top 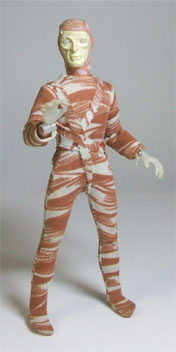 The Mego Horrible Mummy is the most commonly found of all the Mad Monsters figures, there are no known head variants for this figure. The headsulpt is generic but wonderfully so, it is a fantastic interpretation of the character without resembling Karloff in any way.The patented Mego bodysuit serves the character well and the company included some extra bandages to give the illusion of him “Becoming unwrapped”. Other companies such as AHI or Lincoln experimented by actually wrapping the figure in bandage like material, I prefer the Mego effect.

Mummy was released on a type two body as well but these can be prove difficult to find. Picture courtesy of Charlie Balicki. 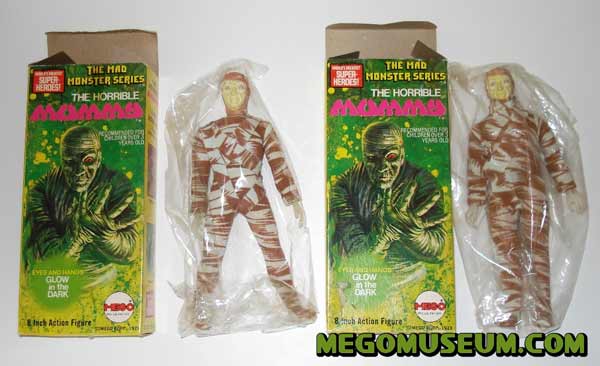 The Mummy is most commonly found packaged in his original solid box, in the picture above (provided by Charlie Balicki) we have an example of both body types in their original solid boxes. As mentioned earlier, the artwork for these packages was done by the legendary Gray Morrow who also did the packaging for the Mego American West line. 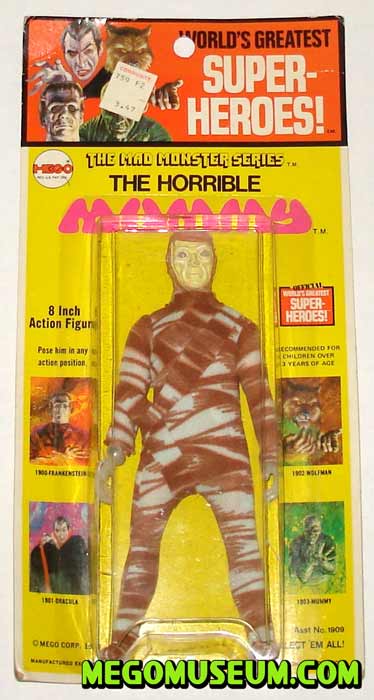 All of the Mad Monsters were released on Kresge Cards and remain difficult to find. Kresge Mummy from the collection of Charlie Balicki. 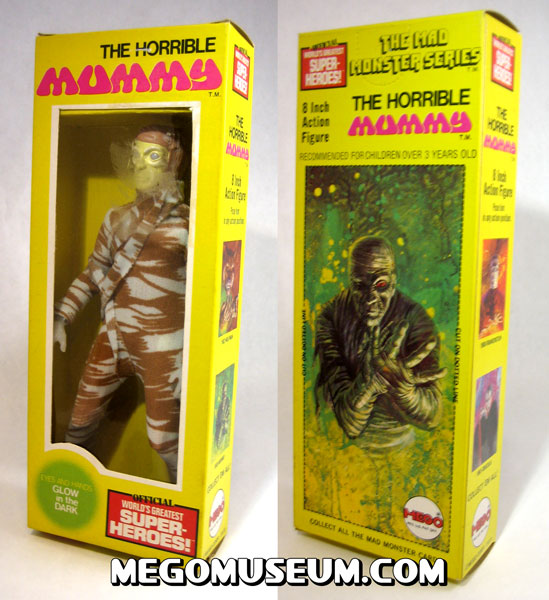 Mego briefly released the Mad Monsters in window boxes, one of the tougher sets to complete. 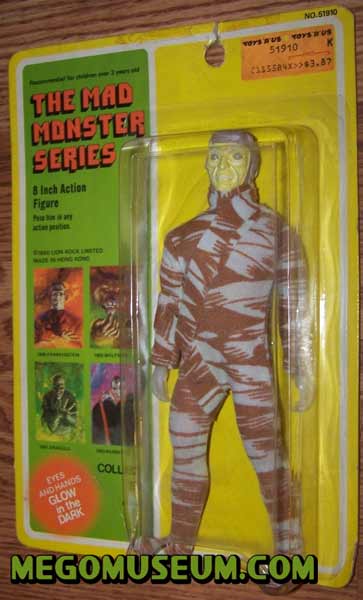 These Lion Rock cards were released in 1980, an exclusive to Toys R Us stores, they are the hardest set to put together. Picture courtesy of Charlie Balicki. 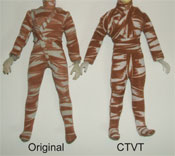 Mummy’s suit has been reproduced by Classic TV Toys. The repro is fits much tighter than an original suit and the material is a little thicker. The brown parts of the suit are darker brown on the repro and the wraps are a little wider. The CTVT suit is also sewn lower in the crotch area and is unmarked.

Original Mummy, like the other original monsters, has glow in the dark eyes, which sometimes suffer from what is called “eye melt”. The material used in the making of the glow in the dark eyes can sometimes turn to goo. Mummy’s head has been reproducted by CTVT but without the plastic made glow eyes, the repro head has painted glow eyes. The CTVT head is a little wider and the features are not as defined. The face paint on the repro is a little more yellow than an original. The repro is unmarked.