Red cards are thought to be the earliest release in the Pocket Heroes line and the most commonly found. There is tremendous surplus in this line, MOC examples can still be found averaging from $20 for the lesser characters to $80 for the main heroes. Robin is the least common. It is not uncommon to find beautiful  unpunched examples of red cards, as there was  a small NY area warehouse find in the late 1990s.

Shazam, Penguin and Joker are featured on the DC red card artwork, they were not released as pocket heroes but did see release in Mego’s Comic Action Heroes line (1976-1978). Zod, Luthor and Jor El are featured on the white cards but have not been found. 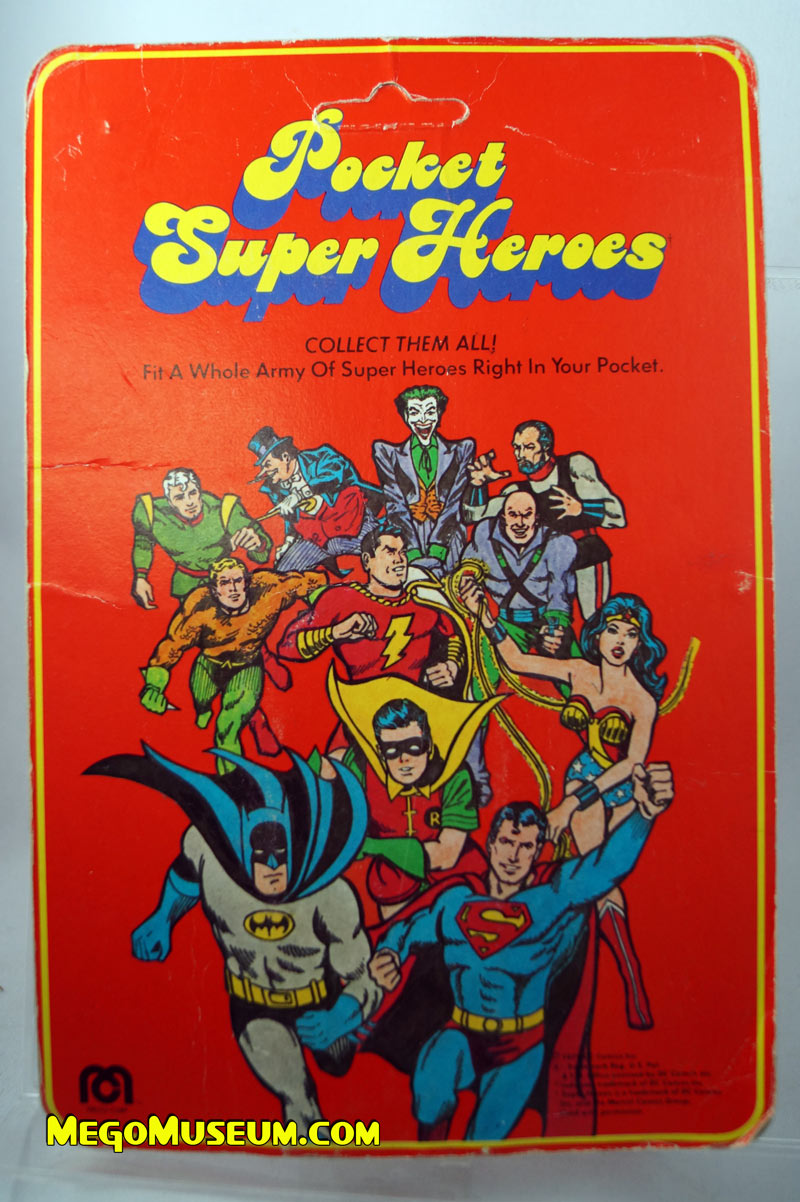 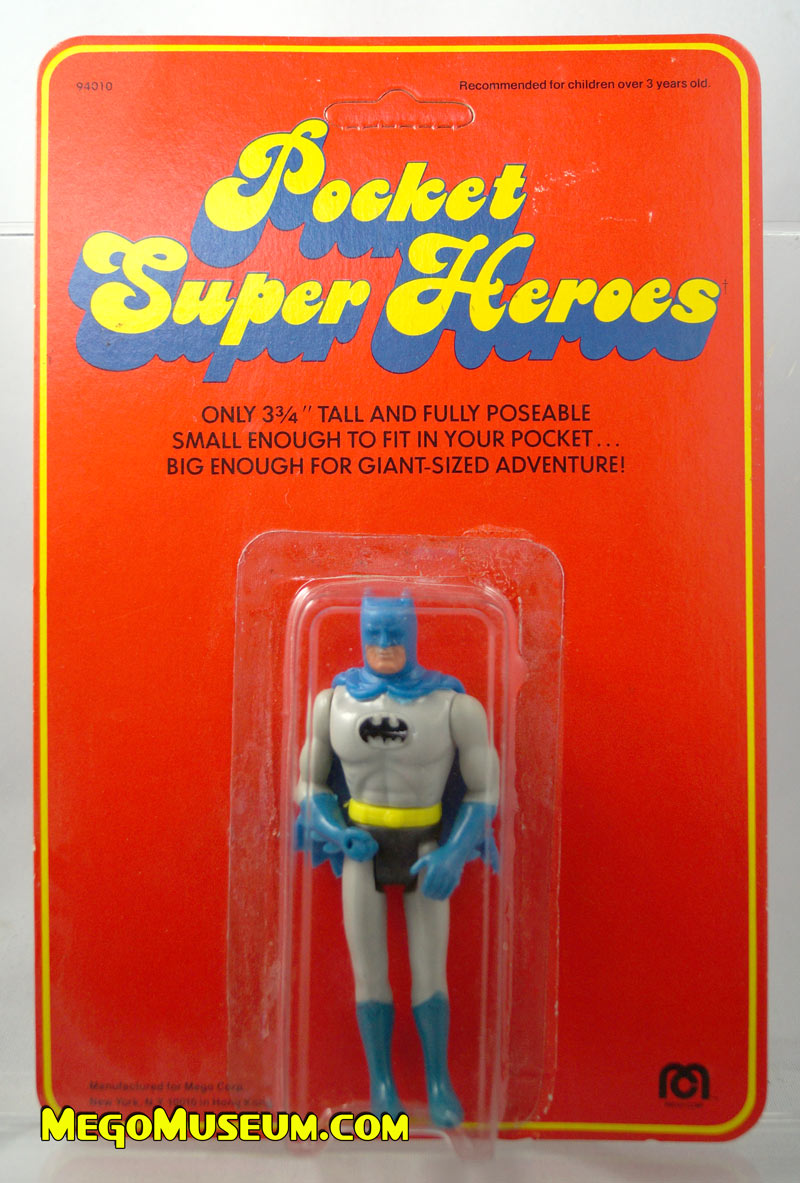 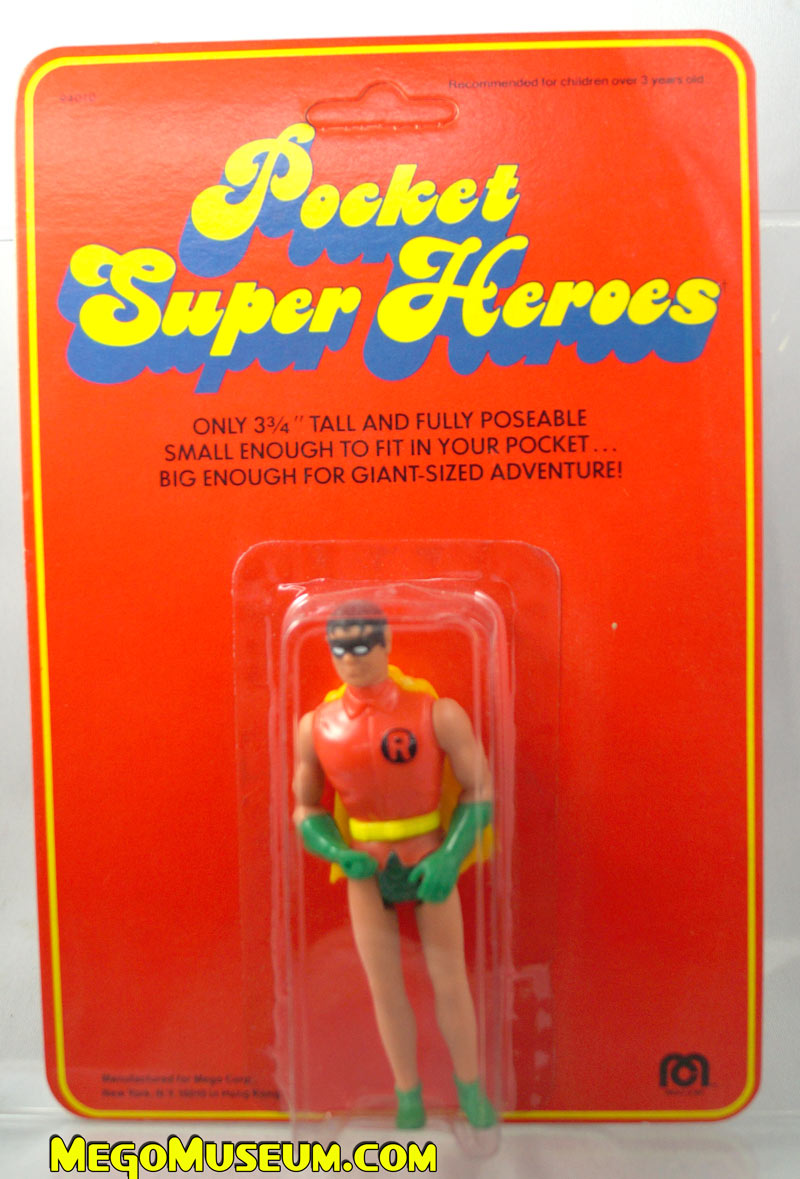 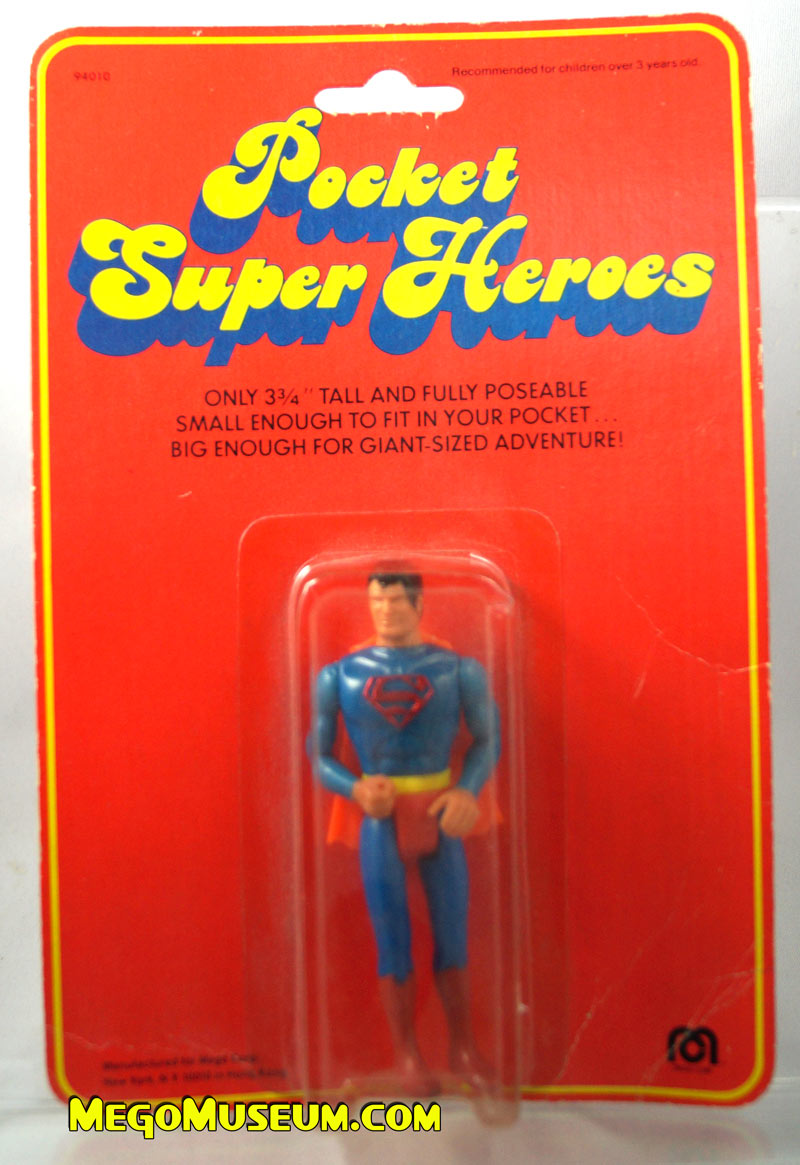 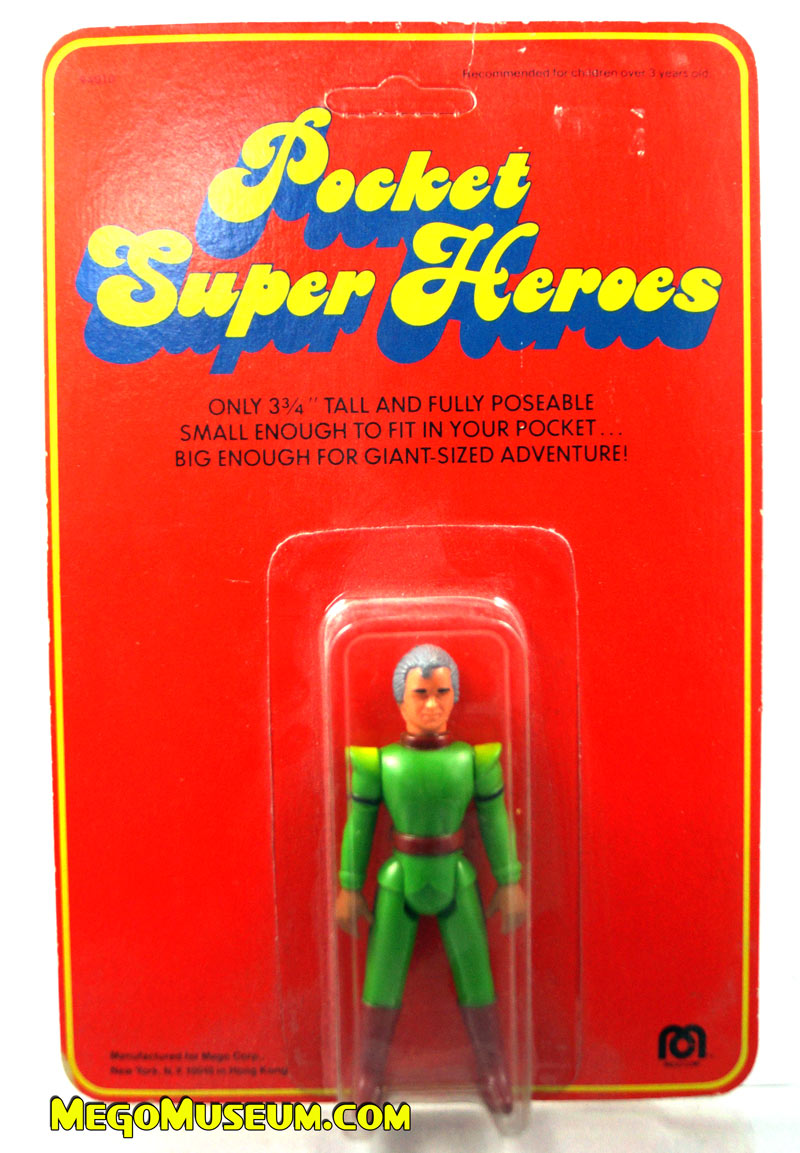 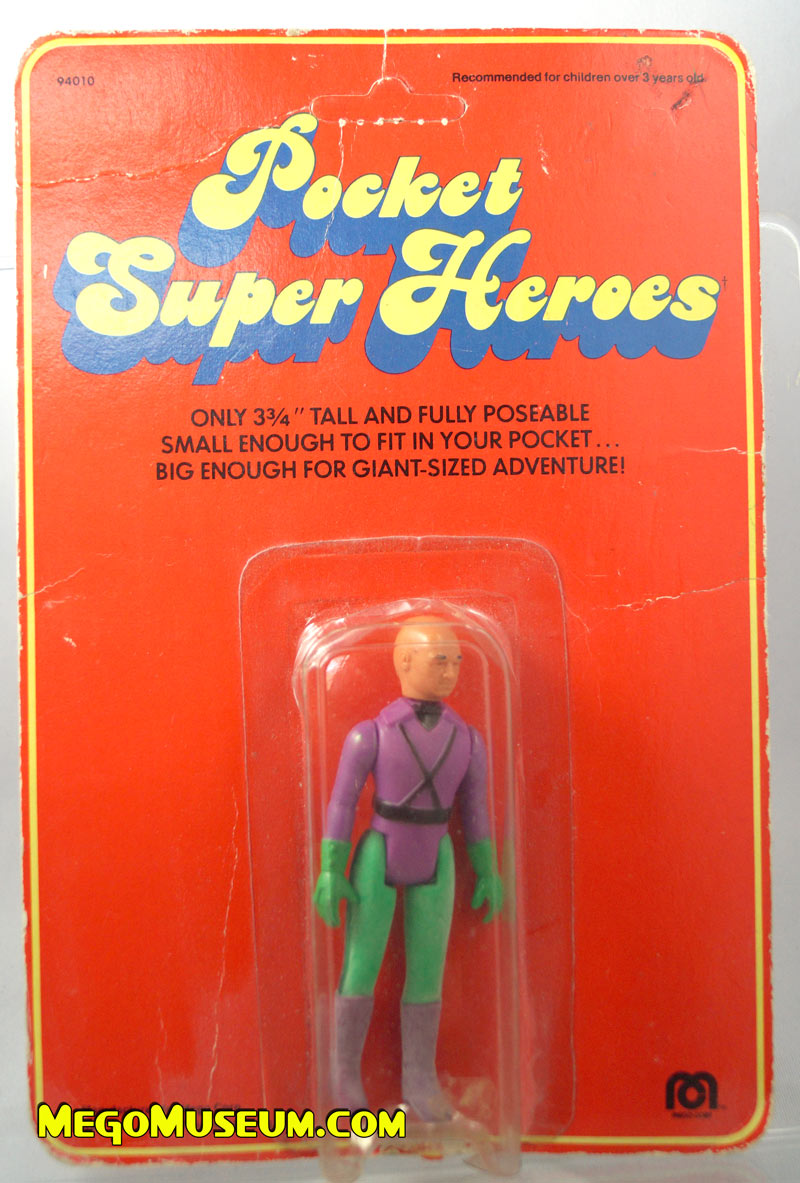 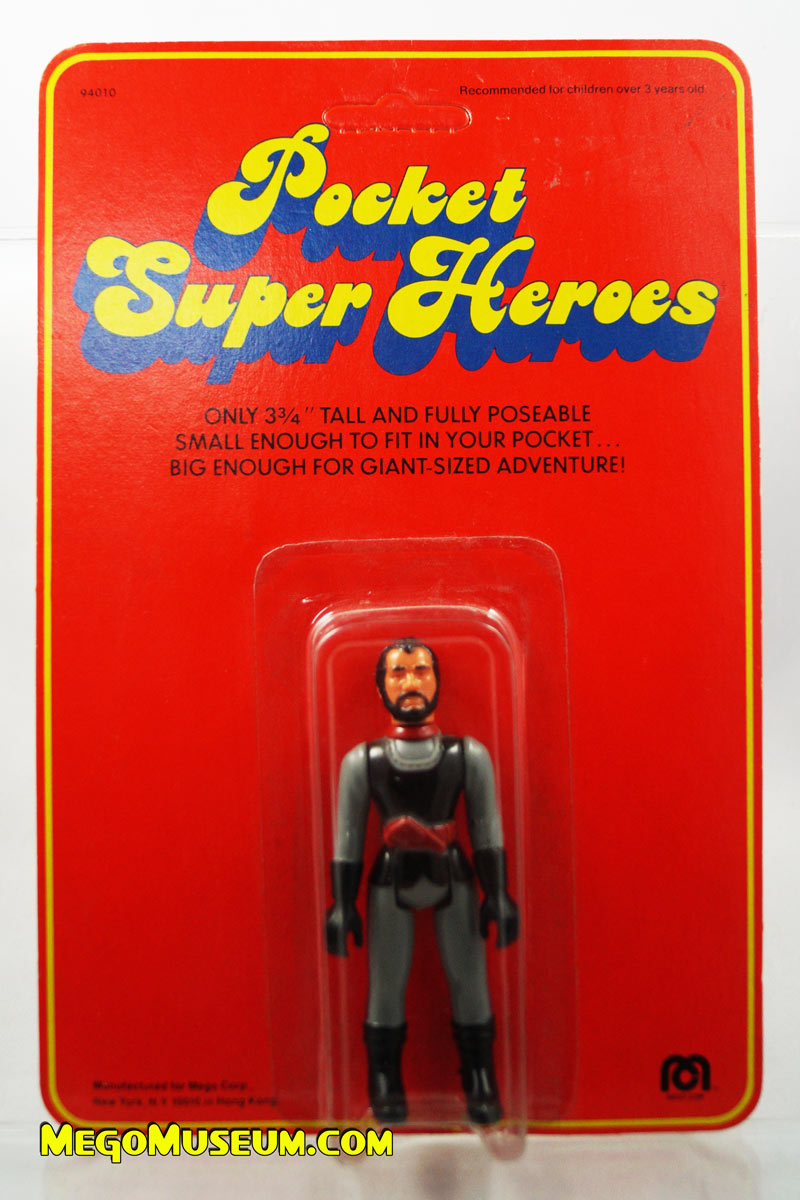 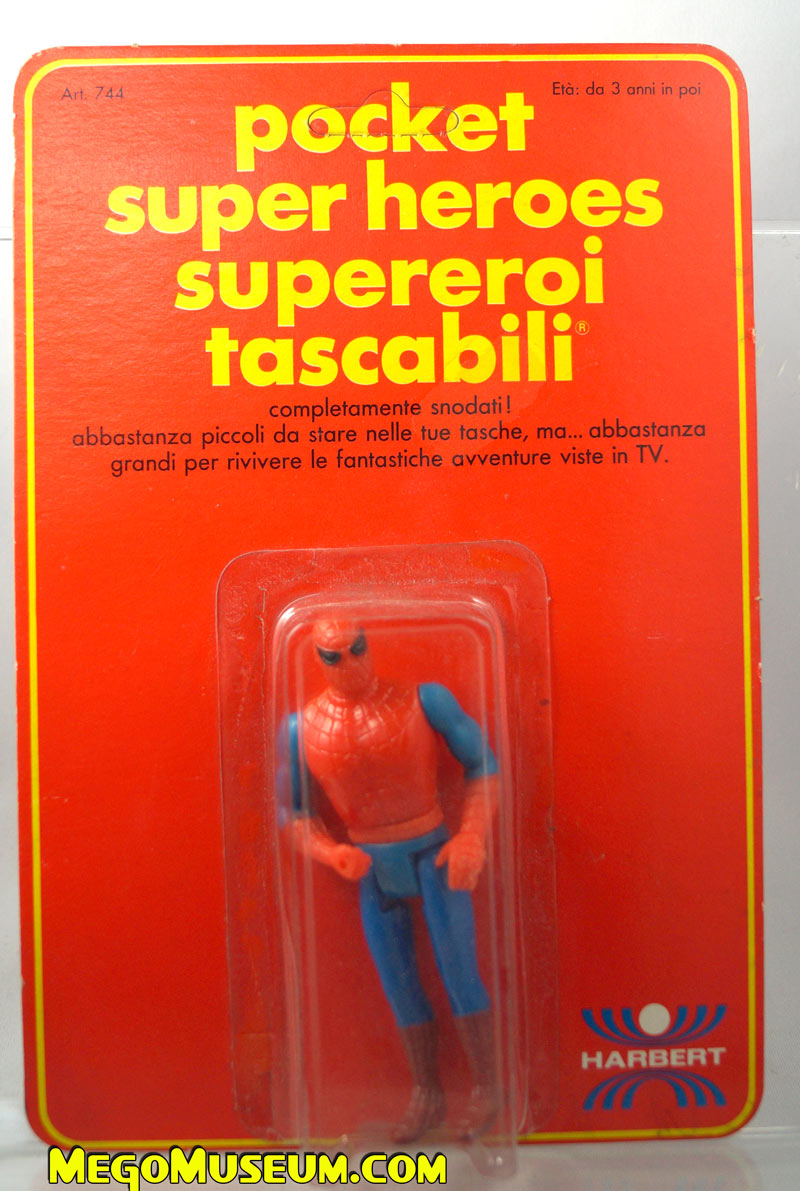 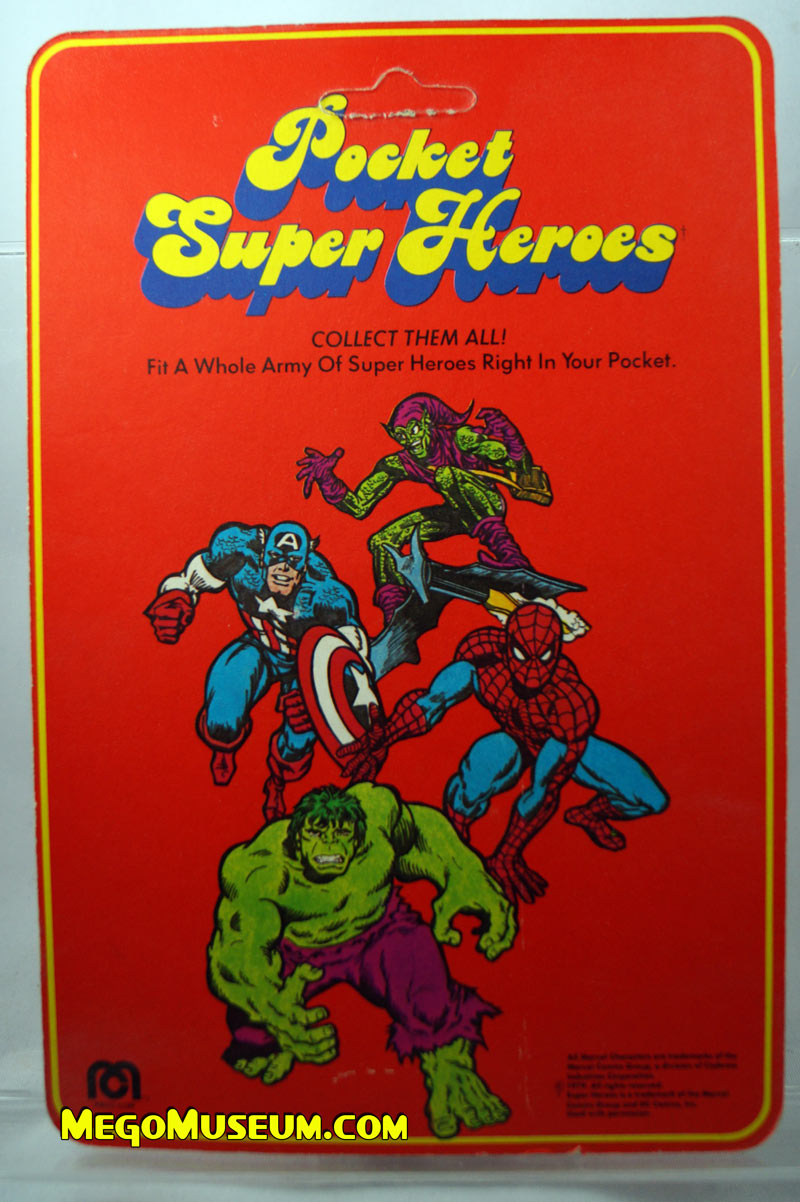 Above is a Harbert Italy released Red Carded Pocket Superhero Spidey, note the change in the graphics to suit the language and the Harbert logo. The Marvel characters had their own backer that featured Captain America and Green Goblin but they were only released on White Cards 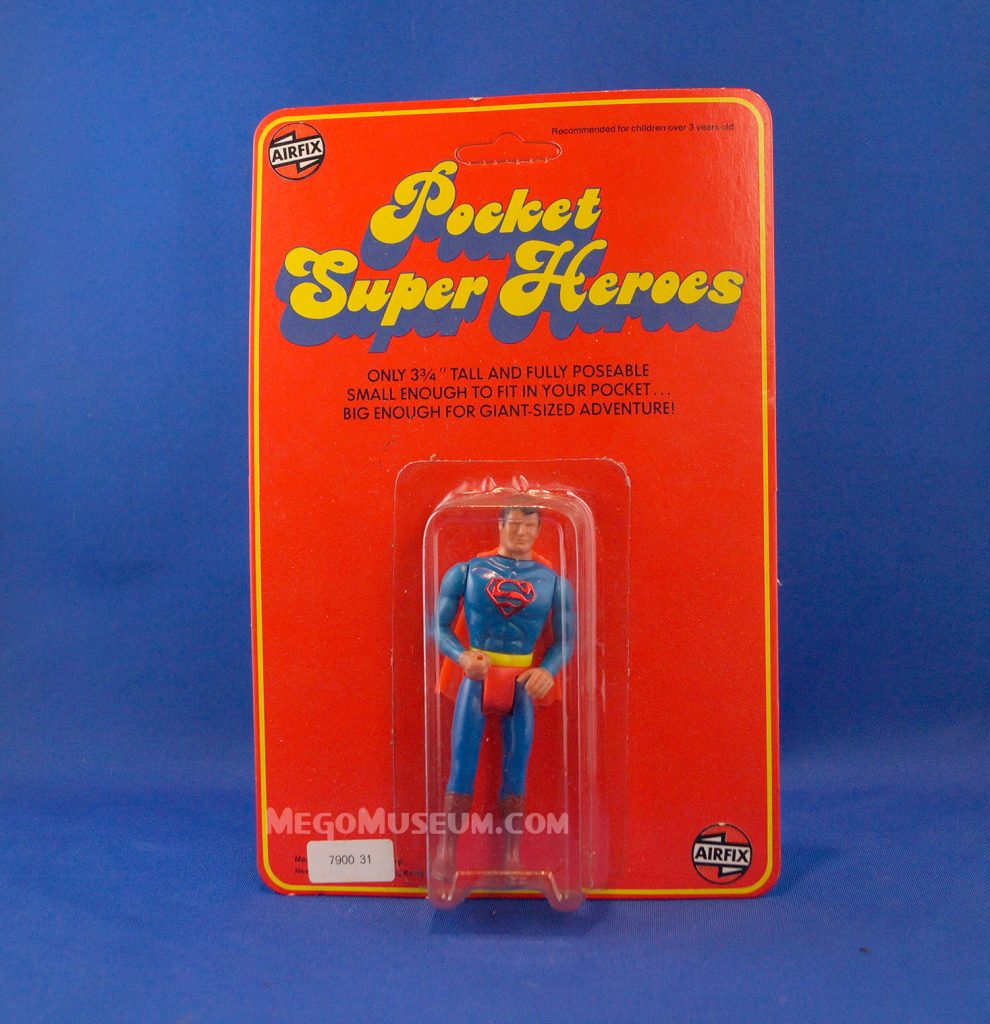 New addition to the MegoMuseum galleries are the Airfix cards from Germany. Airfix was mainly known for model kits but did distribute some Mego items such as the Micronauts and Star Trek: The Motion Picture. In Germany, they picked up the characters from “Superman the Movie” in both 12″ and Pocket Super Heroes format. They are merely the US red cards as evidence by Superman above with the AirFix Logo stickered over the Mego logo. There is also an AirFix item number added as well. 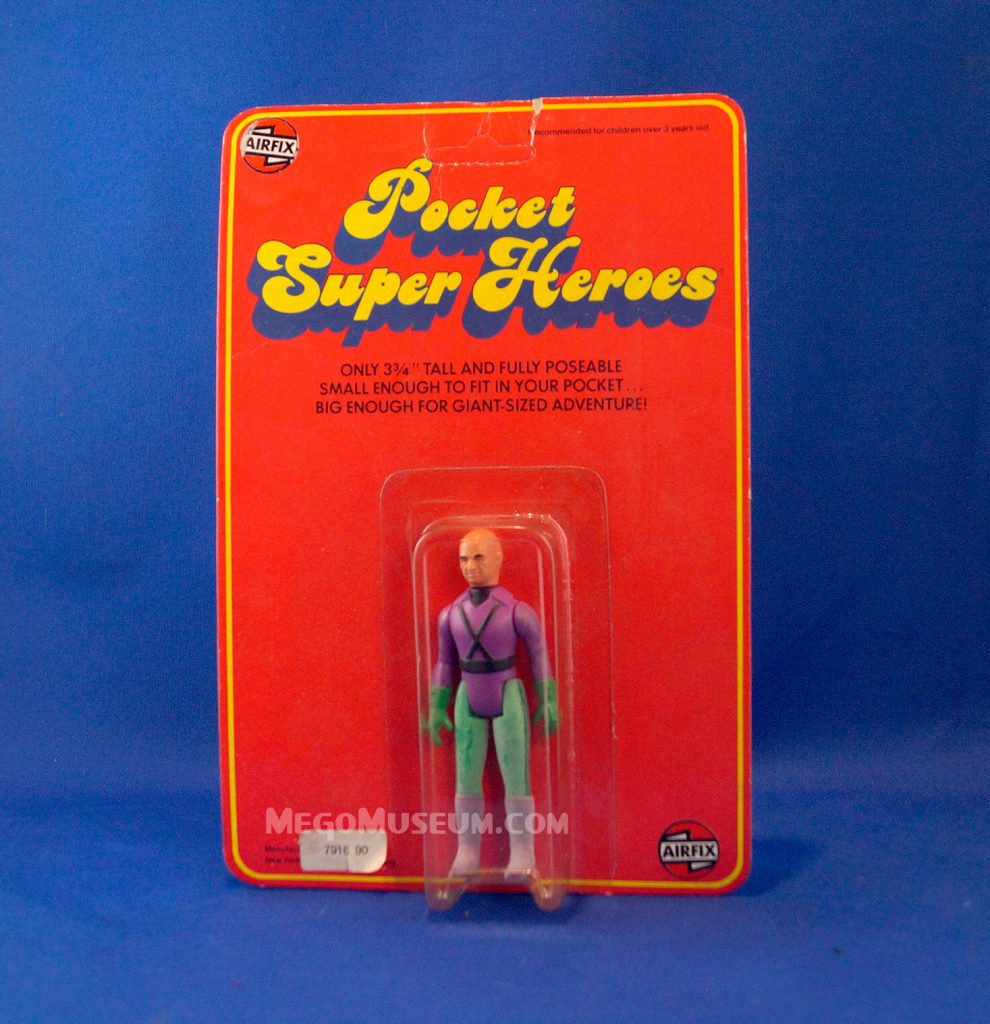 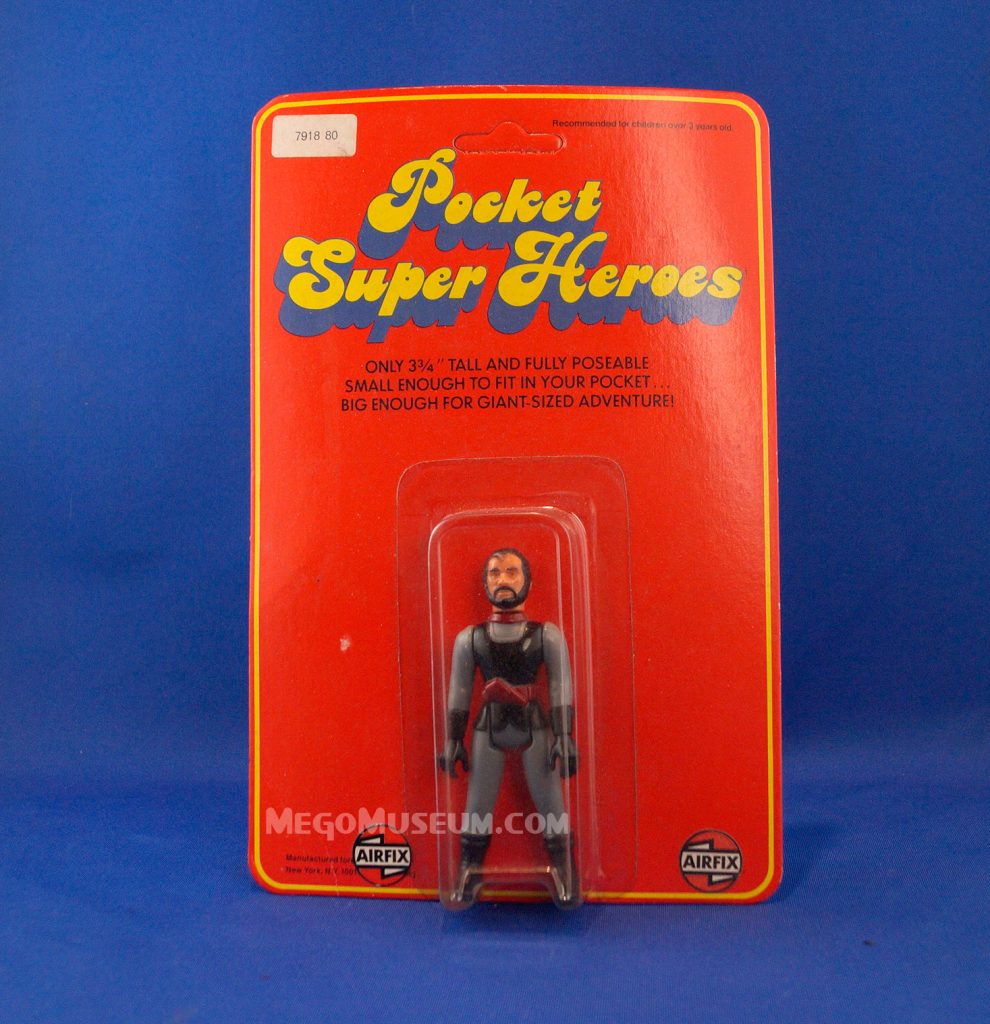 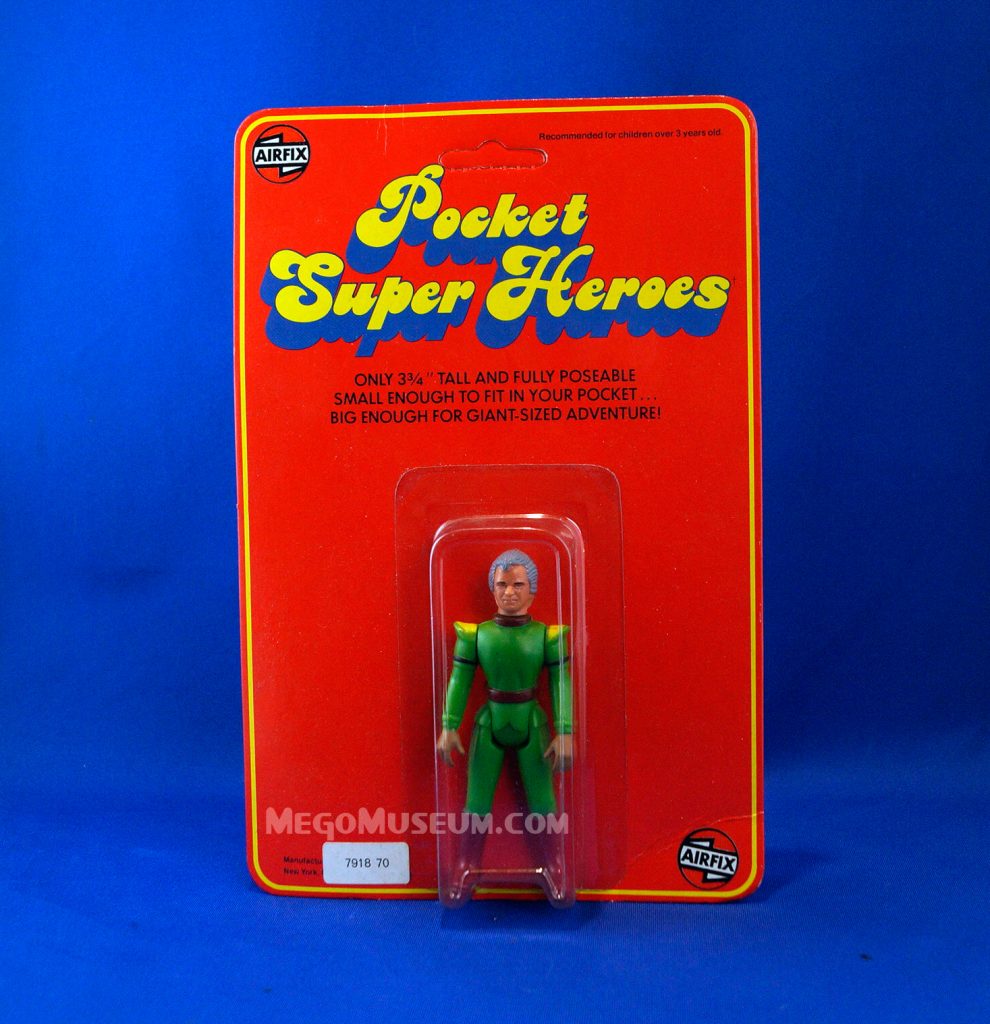 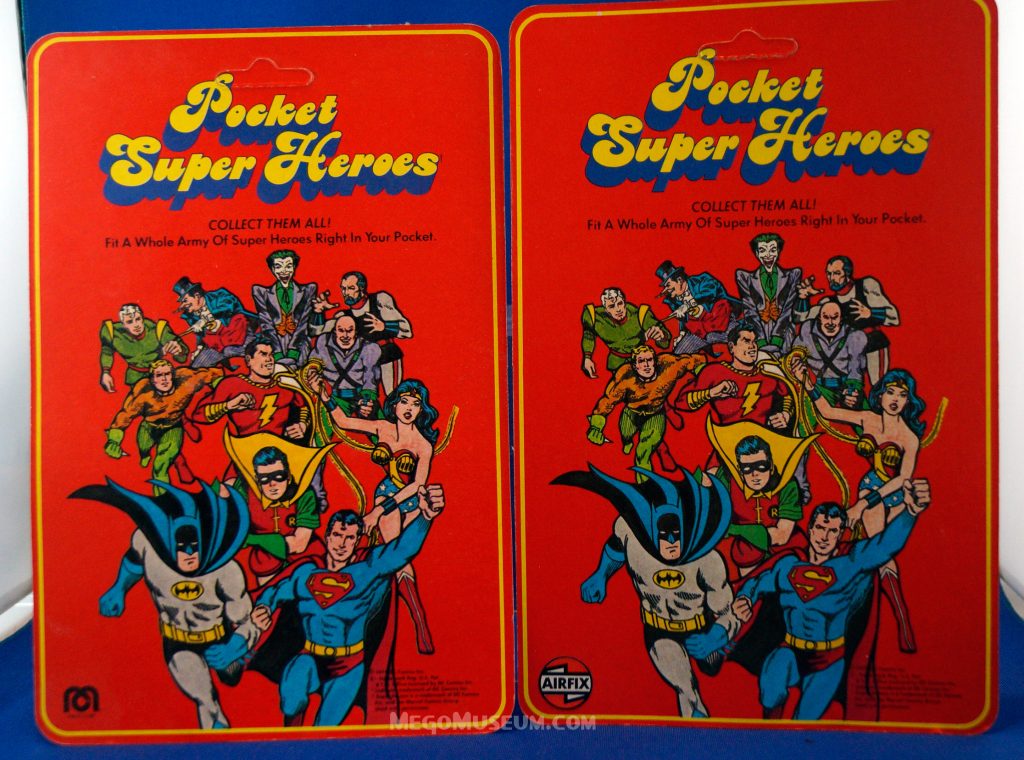 US Mego card vs Airfix Card 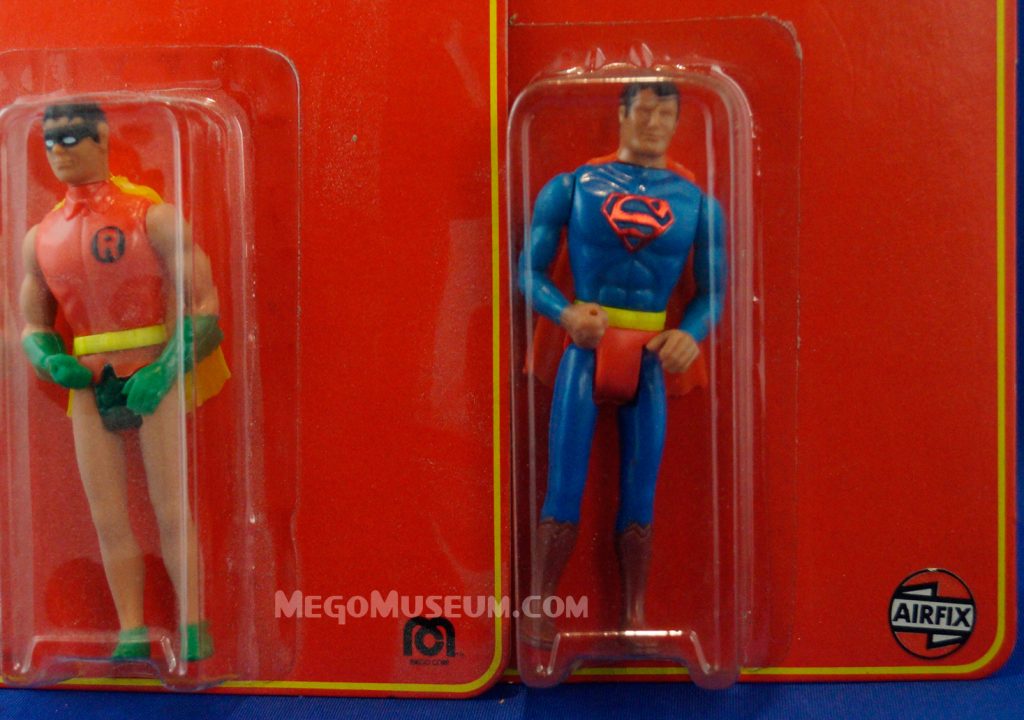