It is a daunting task to find Pocket Heroes on White cards. Cap, Aquaman, Green Goblin and Wonder Woman were created specifically for this release and were not recycled Comic Action Heroes as the first release of heroes were. The most uncommon figures to find on White cards are the heroes previously released on the red cards. Batman and Spiderman are especially tough. The white cards were released in 1980 and remained the line’s final packaging style. 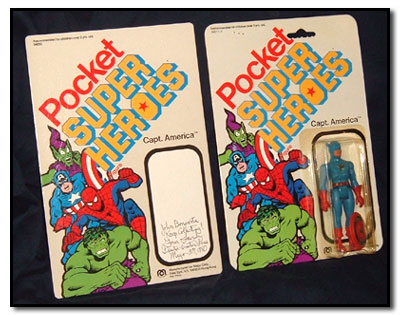 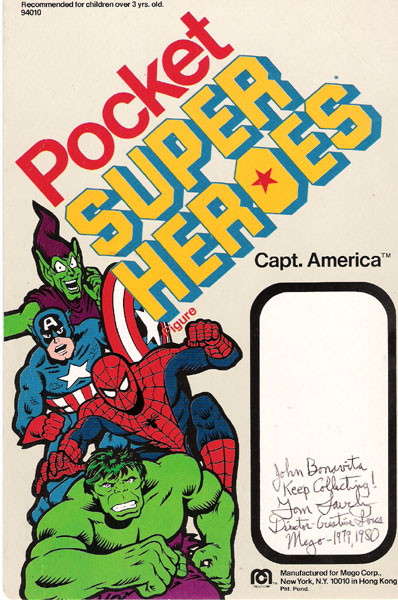 Generously donated by John Bonavita is this press proof prototype for the Pocket Heroes White Card series. Finding such a proof card is more commonplace among Star Wars Collectors but for Megoheads, it’s practically unheard of! The card is unique for not having a punch hole, and it was most likely the first finished card.

The card itself is autographed by Megos’ Director of Creative Services Tom Lavely, the late Mr Lavely was a great source of information for John while researching Mego. 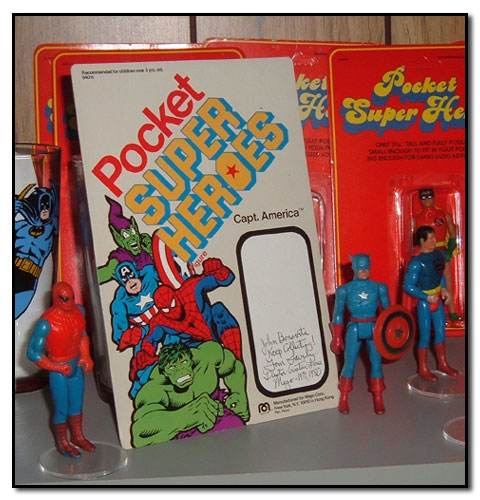 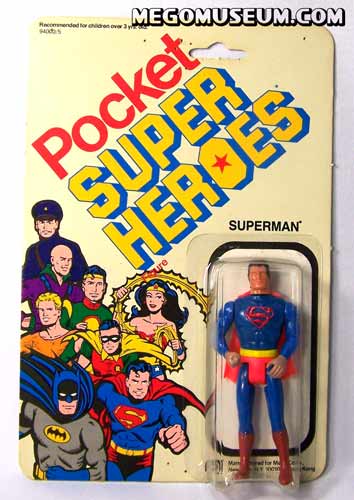 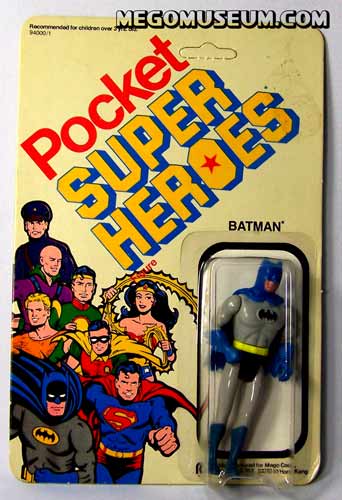 Batman : Considered the toughest in the line to find 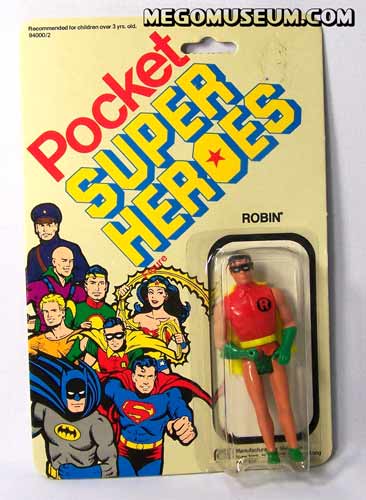 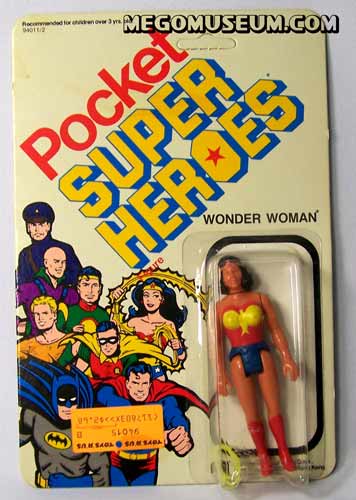 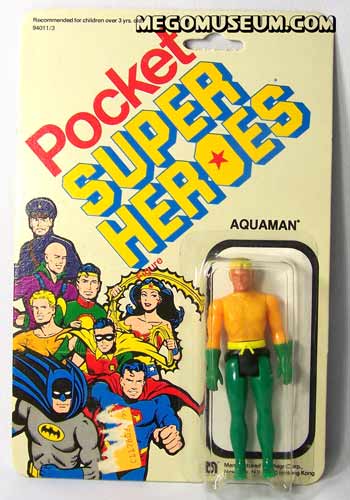 Aquaman: Only available on White Cards/p> 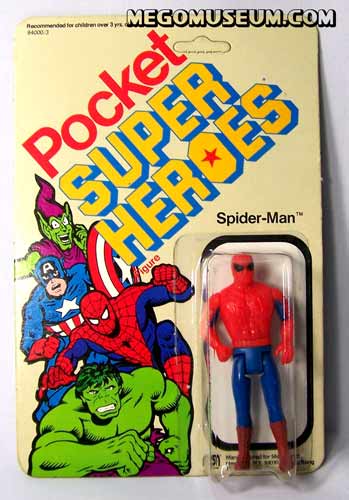 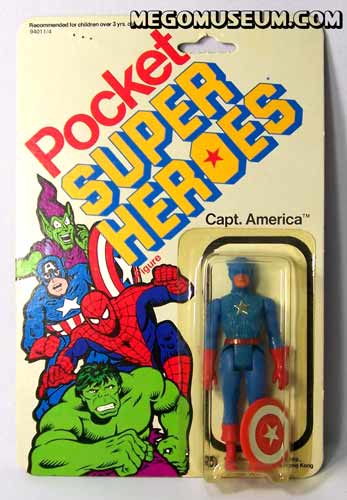 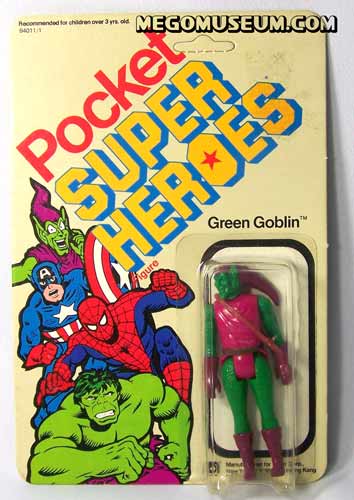 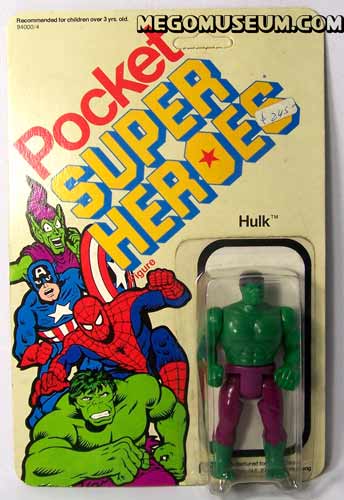 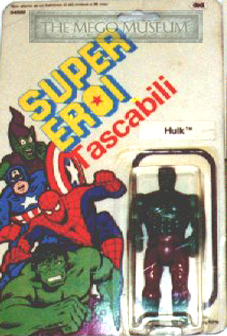 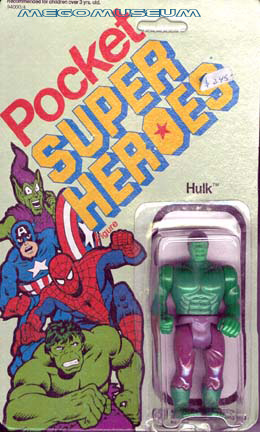 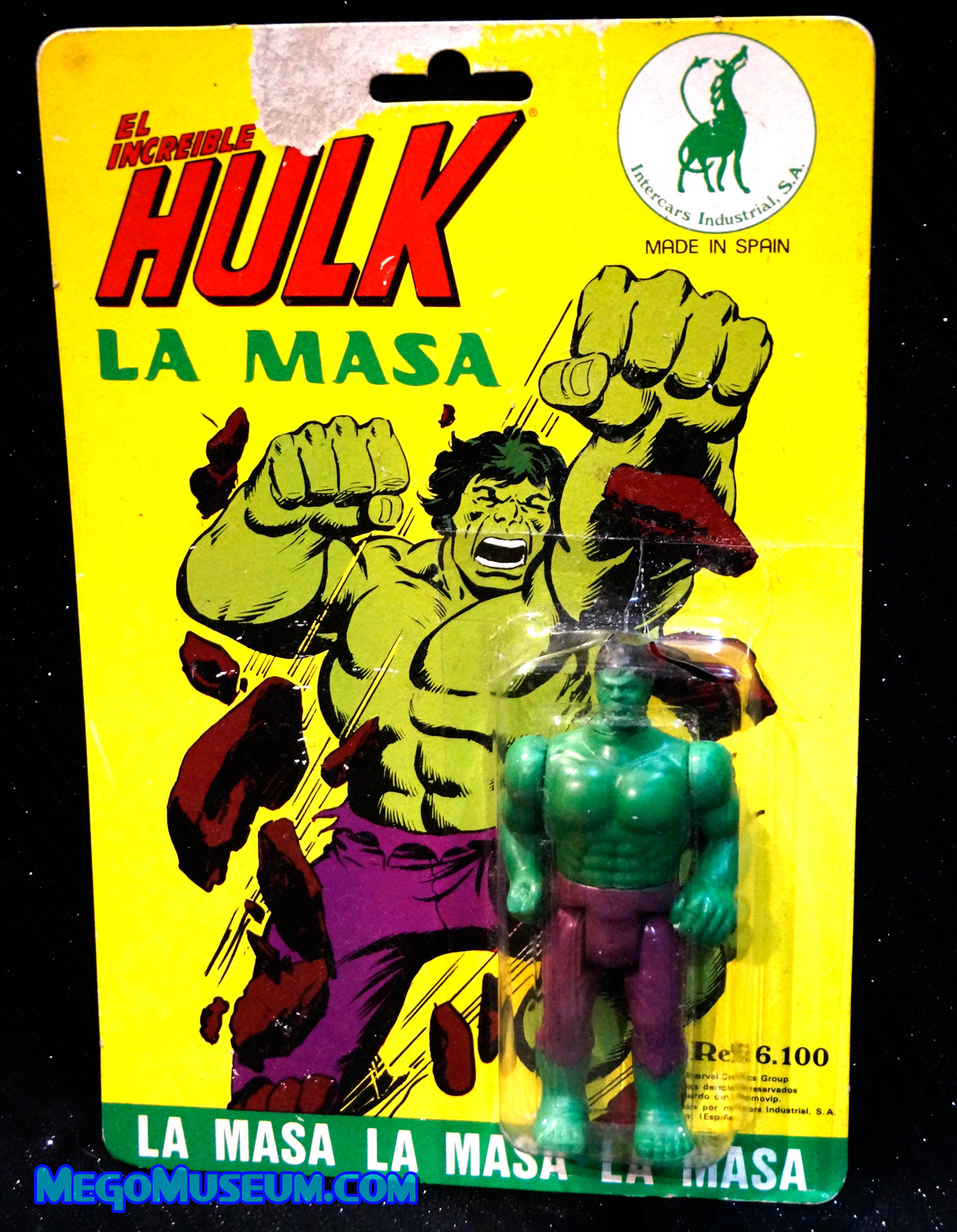 A New discovery is this Spanish carded Pocket Heroes Hulk produced by Intercars International of Spain. There was a small find of these in 2016  (Hulk is always the one there is finds of for some reason) . We do know that Intercars also released a Spider-Man, so maybe a carded one of those will make an appearance soon. Always something to discover!

Just some of the variation cards for Mego Pocket Heroes Hulk.