The Mego Pocket Super Heroes were released in 1979 after the Mego Comic Action Heroes Series. The first five figures in the line are retooled versions of their Comic Action counterparts but now featuring straight legs. Later released figures were completely resculpted and had a body style that was used by Mego for other lines including Star Trek: The Motion Picture, the Greatest American Hero and the Love Boat

A number of new vehicles and figures were created for this line that were not available in the Comic Action Heroes line. 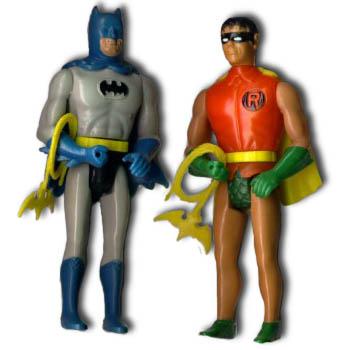 Pocket Hero Batman and Robin sometimes came with their bat ropes, other times, they didn’t. 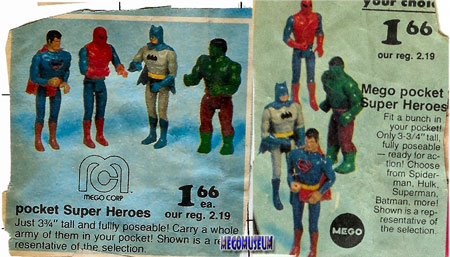 Kolin Erb provides us with some very cool clippings from the paper way back when, $1.66?I wish…… 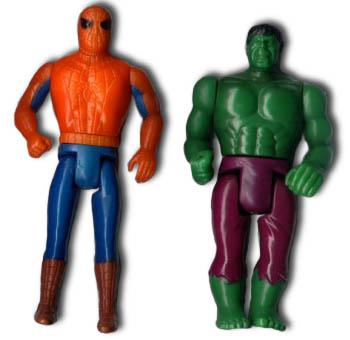 This Spiderman is a later version with corrected arms, Hulk is a converted Comic Action Hero. 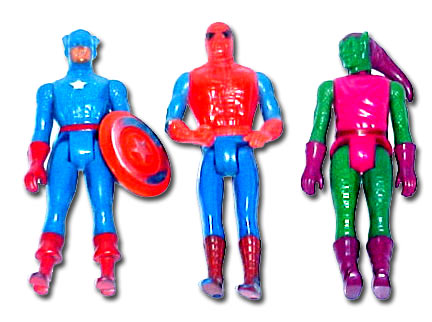 Here is the Mego Marvel line up, Cap , The early version of Spider-man (note the arms are comic action hero arms) and Green Goblin 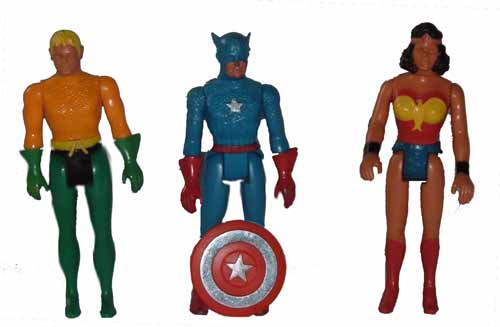 Aquaman, Captain America and Wonder Woman are part of the 1980 wave of figures that were completely resculpted for the line. 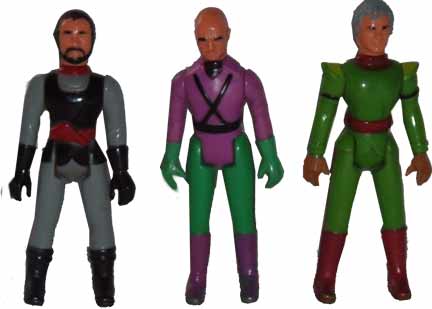 Zod, Jor El and Lex Luthor were released only in the first wave and were poor sellers. This probably due in part to their poor sculpts and the fact that children didn’t recognize their costumes. The Red Cards also didn’t feature their names

Pocket Heroes even got knock offs! These recent discoveries from Argentina show that the Pocket Super Heroes were popular around the world. For more Mego Knock offs check outKnocked off Mego