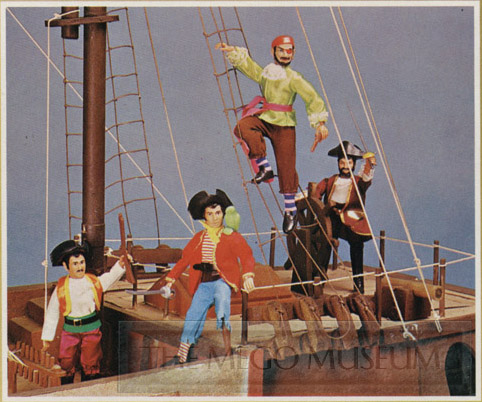 One of Mego’s more interesting Historical lines, it’s pirates were
a mix of fictional and real historical characters. Mego spared no
detail where quality was concerned on this line. 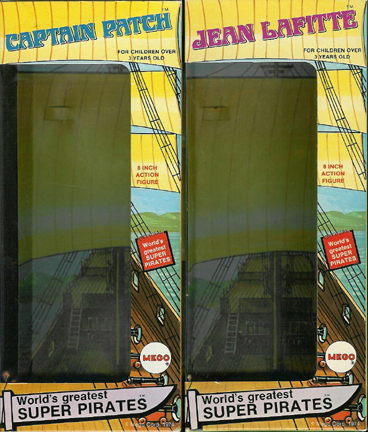 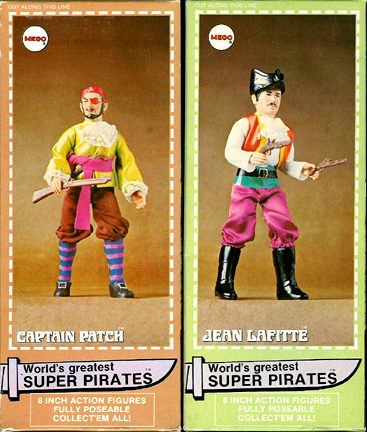 Below Museum Contributor Tom spoils us with an all access pass
to his boxed pirates. 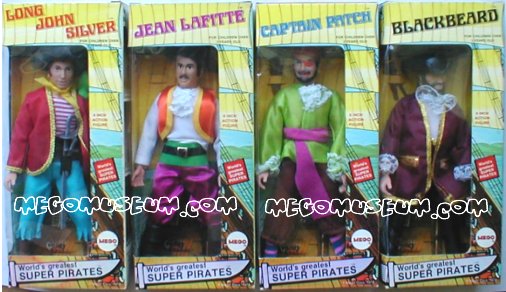 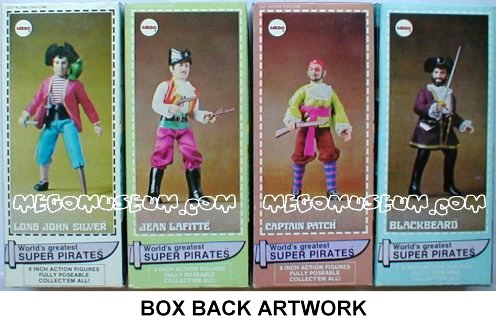 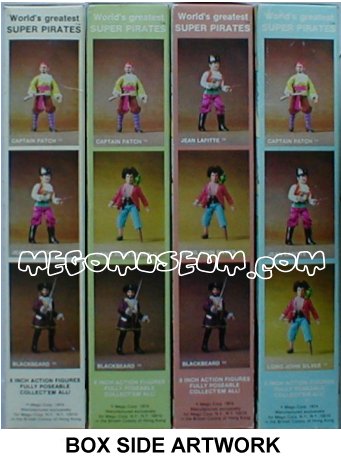 The original Pirate line was available on both the Mego type1 and type2 bodies, although type 1 pirates are more common.

The first version of the Mego male body was a metal rivet, less muscled body strung together with elastic. It has not been factory reproduced.

The second version of the male body was more buff and had plastic joints instead of metal rivets, and strung together with hooks and rubber. Both Doctor Mego and Classic TV Toys offer factory made repro Mego bodies. DM’s (marked 7th
Street Toys on the back) is very accurate in detail and appearance. Lighter
in flesh color, with a heavier feel and more rubbery hands. CTVT’s bodies (marked Figures, Inc. on the back)
are closer to original color, but tend to run a touch shorter, are more
fragile, and have a slightly different design. A telltale sign of the
CTVT body are the legs that tend to snap together at the knees. It should also be noted that Tim Mee produced the Type 2 body during the Mego era. This is a vintage knockoff that is identical in almost every way to the original body. It’s weight is perhaps a touch lighter, and the Mego copyright info on the back of the body has been blotted out, but otherwise it’s identical. 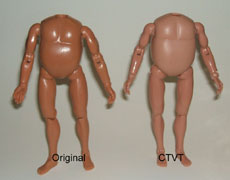 For the larger boys, Mego made the fat body. Only Blackbeard in the pirate line features this body. It was made both as type one (not pictured but put together like the standard T1 body) and as type two. Classic TV Toys offer factory made repro fat bodies. CTVT’s body’s
are pretty Mego accurate but are more
fragile. A telltale sign of the
CTVT body are the legs that tend to snap together at the knees. It is unmarked.