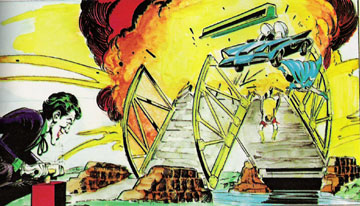 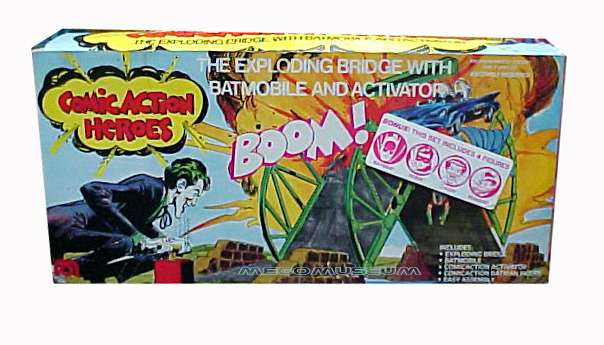 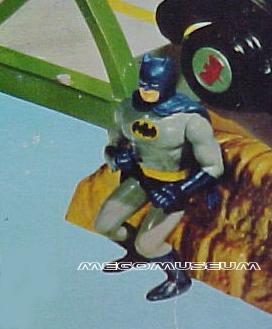 Note the prototype Comic Action Hero Batman on the box. 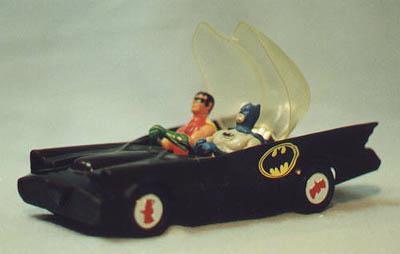 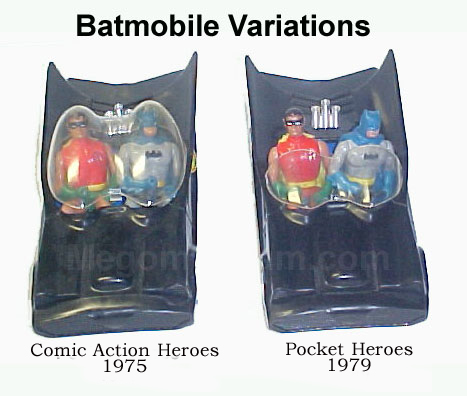 Mego Comic Action Batmobile and the Mego
Pocket Superheroes Batmobile both were sold on their own as
well. 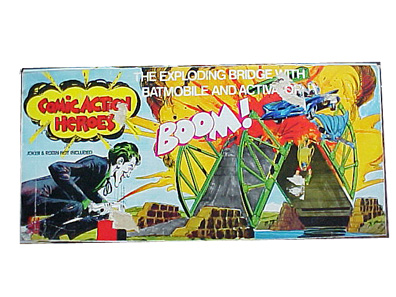 Agh! Again with the blowing up of things! Here the Joker attempts
to destroy the Dynamic Duo. Perhaps the most popular CAH set produced.
Depending on the store, all three figures were included, other times
you just got Batman and Joker. Picture by Brian