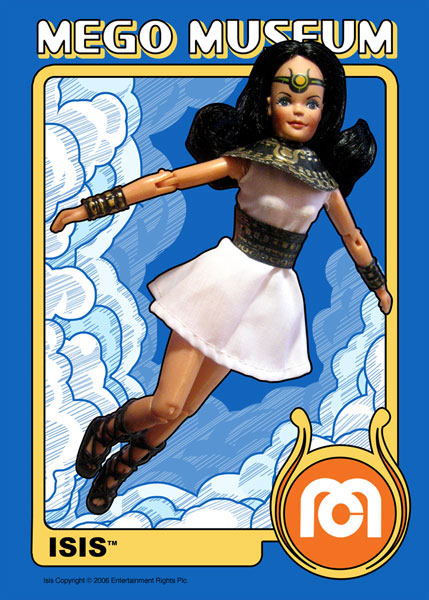 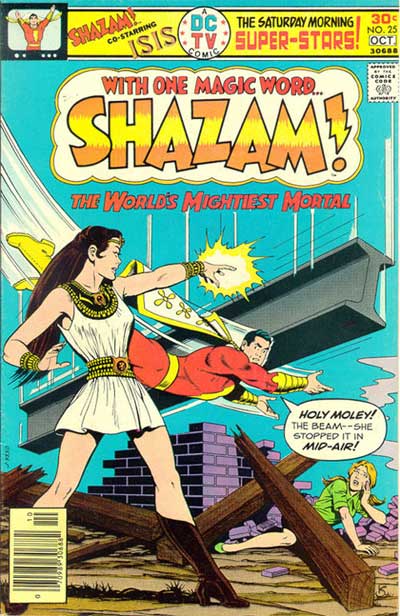 Isis began as a female follow up to Filmation’s successful Shazam Saturday morning series. The show was a ratings hit and Mego optioned the rights to merchandise the series. Originally, a sculpt of Joanna Cameron was created, for reasons unknown, Mego opted to reuse the Wonder Woman sculpt from the WGSH line. It’s fitting seeing as Isis eventually replaced Wonder Woman in the WGSH assortment (Mego chose to focus on her 12″ line).

Isis began as a 1976 exclusive to Montgomery Wards stores, she was pictured in the catalog as an incomplete prototype. To help make her more recognizable, Mego placed a gigantic name plate on the figure. Nameplated versions of the figure were not released. Isis later joined the WGSH regular assortments and was available until 1979 when both she and her show were cancelled. There are versions of the 1979 Mego Catalog that black out Isis with a large “Cancelled” stamp. ( For more vintage department store catalog shots, please visit our Vault
of Christmas Catalogs. 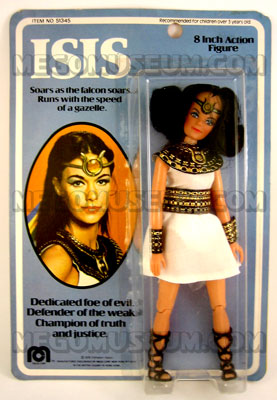 The package says “Soars as the falcon soars/Runs with the speed of a gazelle” “Dedicated foe of evil, defender of the weak, champion of truth and justice.” The usual Mego artwork was forgone in lieu of showing shots of the series star, Joanna Cameron. Isis is more commonly found on the card. Collection of Scott C. Adams 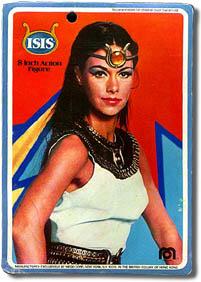 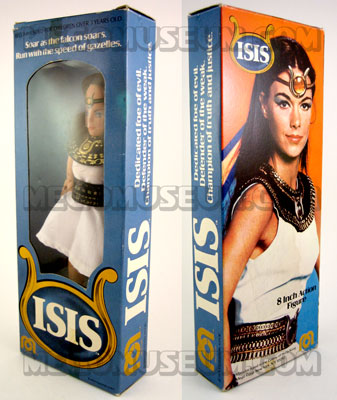 Boxed Isis doesn’t much resemble
any of her WGSH counterparts, it is the most difficult packaging
to obtain for the character. Expect to pay twice what you would
for a carded example. Collection of Scott C. Adams. 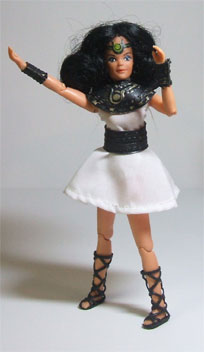 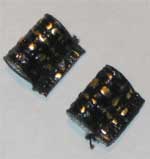 Isis bracelets are unique to the character and have not been factory reproduced. The gold portions are often worn off the bracelets.

The sandals are also unique to the character and made of a flexible rubbery material. There are no factory made reproductions of these sandals available.

Isis is a proper lady and sports panties under that dress. She and Dorothy from the Wizard of Oz line apparently shop the same store for their unmentionables. While there isn’t an exact factory made reproduction of Isis panties, Some CTVT females have something similar. They don’t have the lace the Mego version does and they have a baggier “granny panties” fit to them.