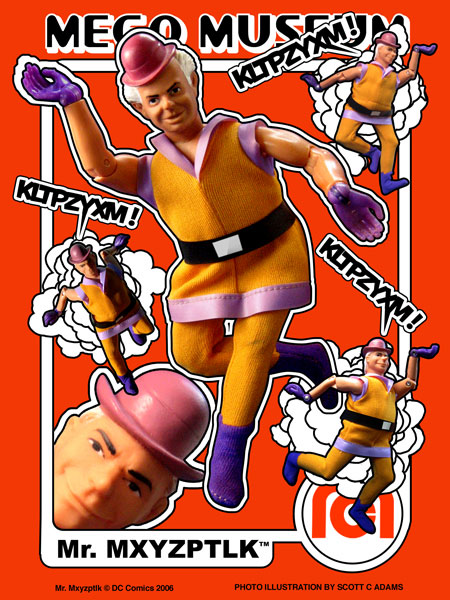 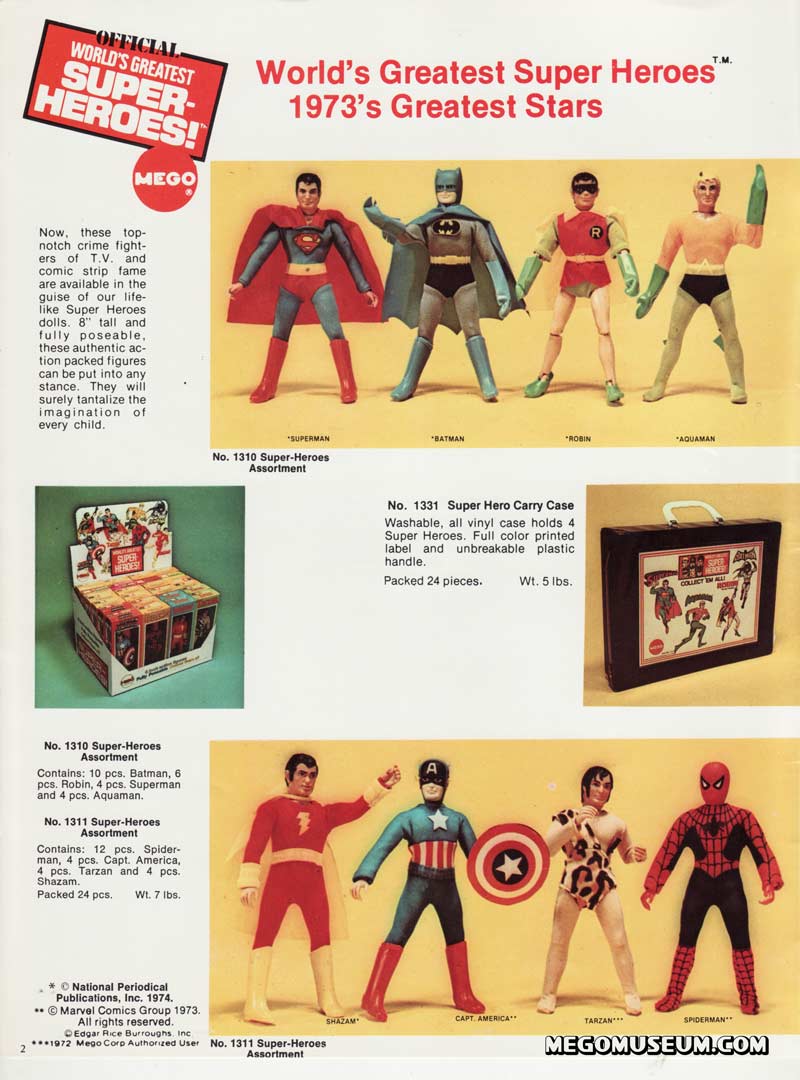 The troublesome IMP from the fourth dimension was the only 8″
Superman villain produced.
Many fans wonder as to how Mxyzptlk (pronounced “Mixus-piddle-lik”)
received an action figure before main Superman rival, Lex Luthor.

The answer is in the outfits. In 1973 Lex Luthor was simply a
bald man in street clothes, Myx won by being the more colorful
character. It wasn’t until ’74 that Lex received his more “toyetic” attire.
Mego also included Mxyzptlk into the
Bend N Flex line. 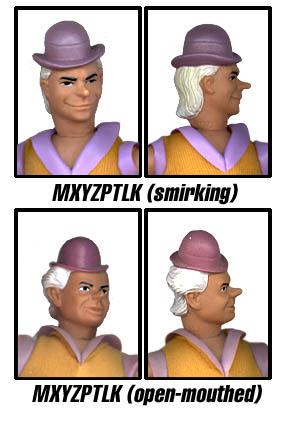 Below we see the two head sculpts for Mego Mxyzptlk, many have wondered why Mego would make such a change. Former Mego VP Neal Kublan mentions that it have had to do with DC not liking
the smirking head sculpt and asking Mego to redo it. 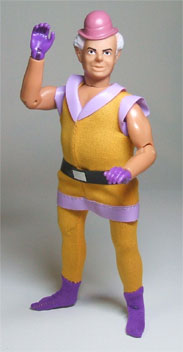 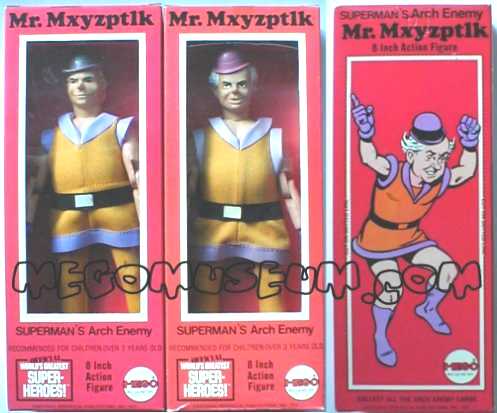 Both variations of Mr Mxyzptlk came window boxed, there are no known variations of window box packaging. Mr. Myx is the most commonly found boxed WGSH, he obviously was a poor seller due to the large number that were found on clearance in the mid 1980’s. (pics courtesy of Tom) 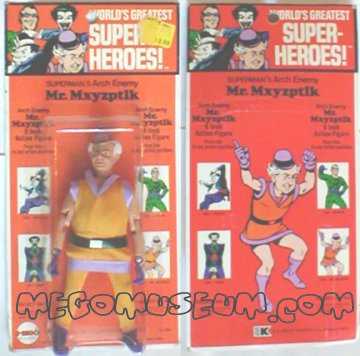 Like the Window Boxes, both variations of head sculpt came on the Kresge card as well. 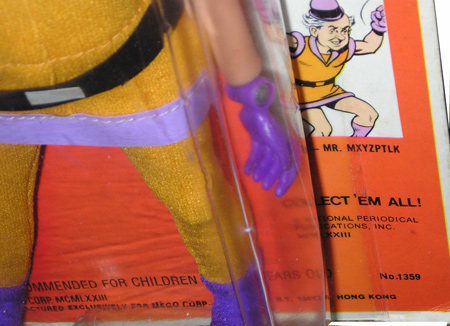 This a 1st version Mego Kresge cards for the Villains (Note square edge bubbles versus the rounded edge bubbles the later Kresge
versions and regular carded superheroes came on). They also have extra text between their feet which the is not seen with the 2nd version Kresge villains. (lesson and pics courtesy Raj) 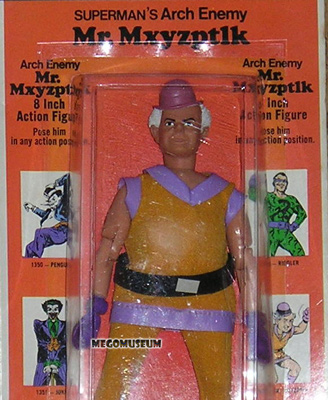 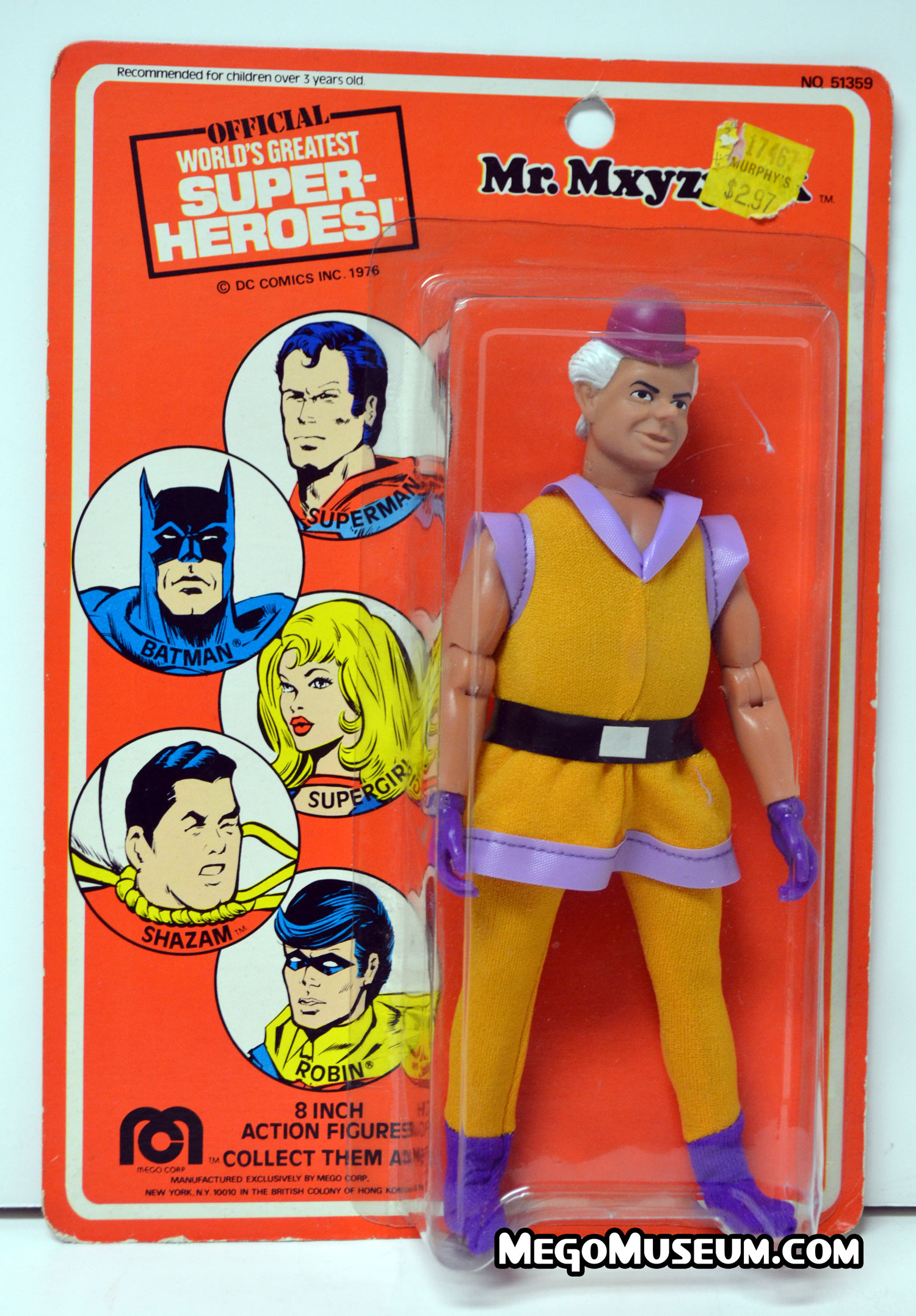 Mr. Myx was also available on card for a limited time, he was cut from the roster with The Riddler. Type 2 Mr Myx’s are tougher to find, he is most commonly found on a Type 1.

This photo is courtesy of Heroes West Coast, click on the link to see what goodies they have available right now. 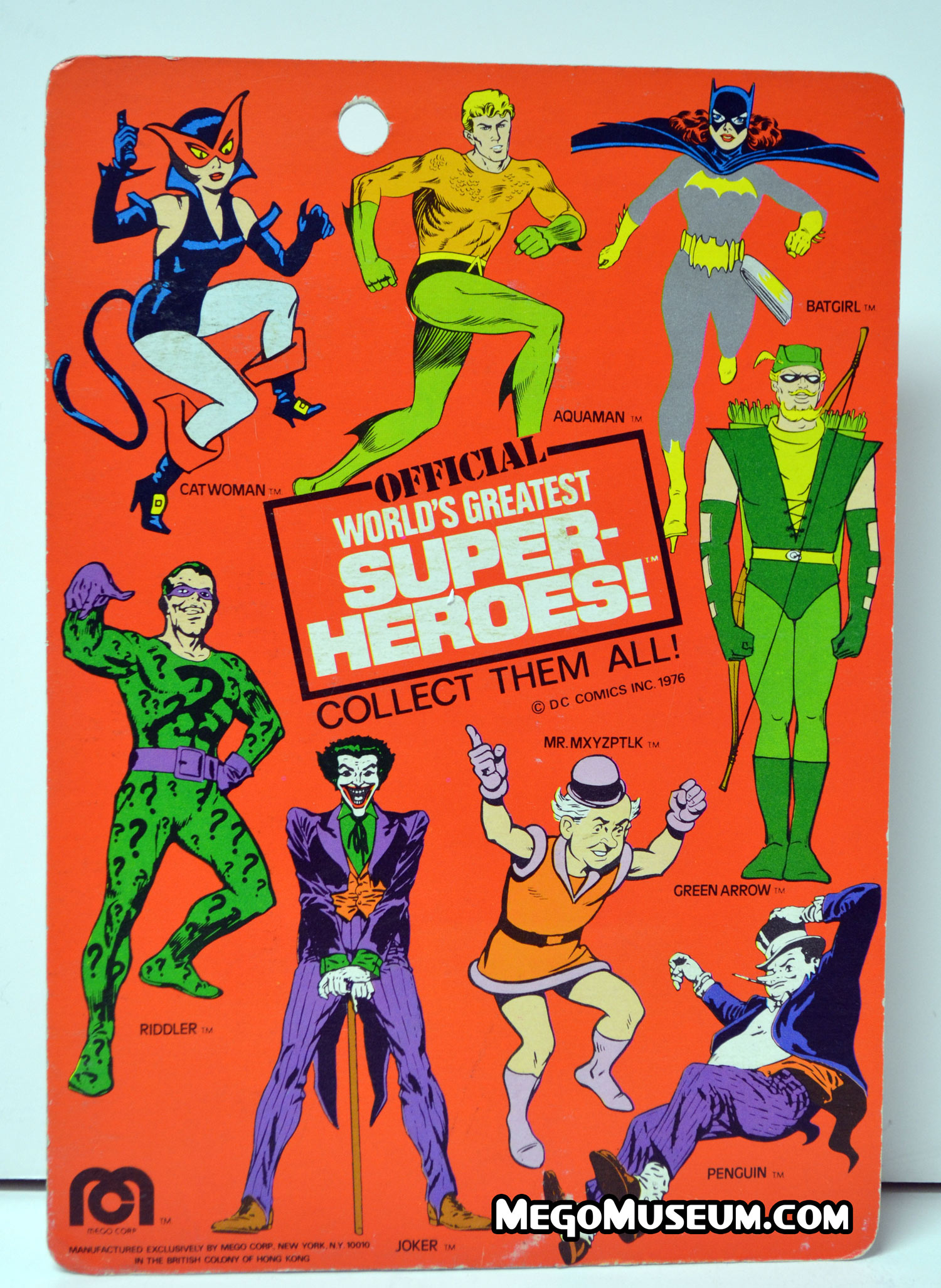 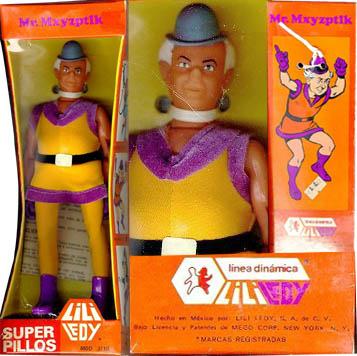 The Mexican version of Senior Mxyzptlk. Scans courtesy Lou Melograna. They are not bootleg Megos, as the licensing information from Mego is clearly marked. It is very interesting that the figure wears boots never featured on any other Myxie. You can also see from the scan that a blue hue is used on the hat. The box is flimsy and the bowing you see is due to the whole thing being shrink-wrapped.

Lili Ledy Heroes first came to the modern-day Mego community’s notice in 1997 when a number of these boxed Mxyzptlks surfaced
on eBay.

No factory made replacements have been made of Mr. Mxyzptlk’s belt sticker, but it’s a simple white sticker cut in the shape of a rectangle. If made the right size and shape, it is very difficult to spot.