Among the rarest and most sought after Megos, the Secret Identity sets were sold exclusively at Montgomery Wards in 1974.

Special Thanks to Rob Chatlin, Brian Heiler, Dan Samilo, and Phillip for providing images used in this section. 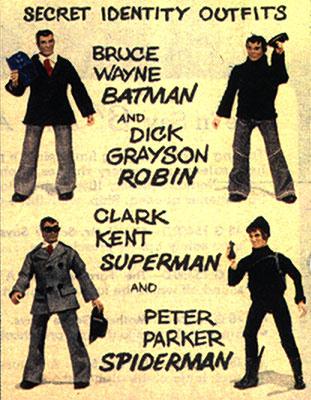 This is the Montgomery Ward’s catalog spread of Secret identity outfits. This was the only source for these items. The outfits pictured here are prototypes, and are not representative of the final product. Peter Parker is pictured in an Action Jackson outfit, the others in BETTER versions than the final (particularly the Dick Grayson costume…) The actual product was shipped as a head and an outfit in a brown mailer box. The box below is a mailer that shipped Bruce Wayne and Dick Grayson together as a set. There was some controversy recently when a purported alter ego box was offered on eBay. A brown mailer stamped with black WGSH graphics and built to carry a Clark Kent with a body, it was never established to be authentic. 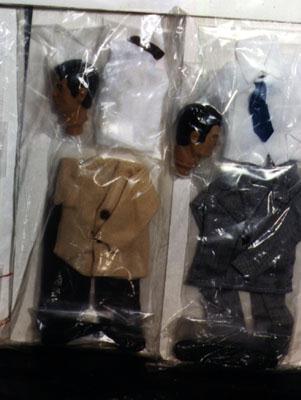 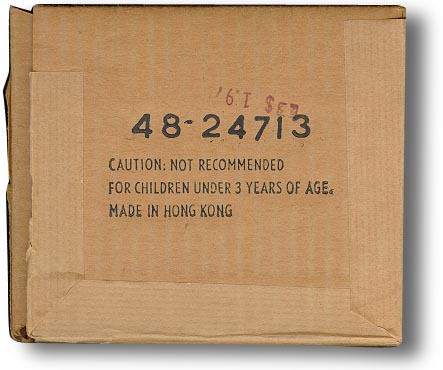 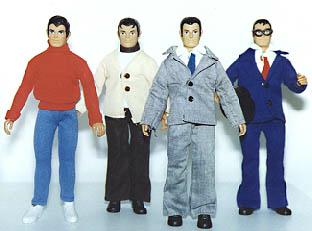 The KEY to identifying Alter-Egos is that they have NO copyright stamp on the back of the neck.