Superman: The Movie and Mego 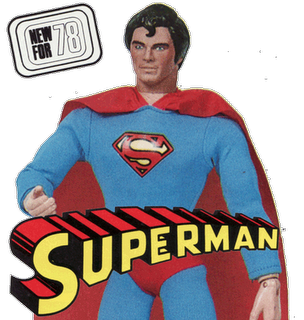 Mego Corporation, being the toy licensor for action figures was well prepared for this event and created a great deal of product to coincide with this fantastic opportunity. Having a good relationship with DC Comics meant Mego had plenty of reference materials from the film itself.
As former Mego Designer Harvey Zelman elaborated in his Mego Museum interview ” I remember sitting down with everybody and they lined up all the still frames from the movie and we got the insight of what was going on. Sitting there in the meeting saying: OK, we gotta do a Fortress of Solitude, we gotta do this, we gotta do that“ 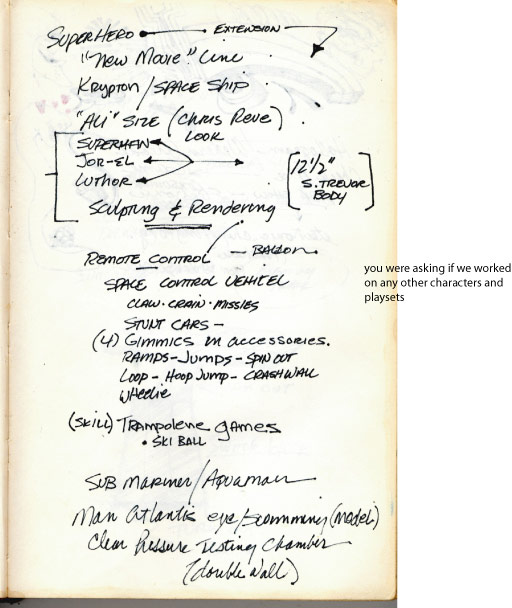 Evidence can be seen from Mego DesignerVinny Baiera’sproduction notes from one of those meetings, the notes mention that the “New Movie Line” would feature and “Ali Size” (10″) Chris Reeve, a Krypton with Space Ship playset and a series of action figures that would be 12.5″ tall.

While most would have imagined there would be additions to the 8″ World’s Greatest Superheroes line, Mego President Marty Abrams had an inclination to produce figures in 1/6th scale for movie characters.

Harvey Zelman explained this philosophy to the Museum “You got a lot more for a 12″ [figure] than you did an 8″ figure. [Abrams] wanted more detail to the outfits, when you did a 12.5″ figure you did nice, dressy outfits whereas the 8″were [not as nice]. ”

Mego ordered six headsculpts from toy artist Ken Sheller, they included a Reeves Superman, Jor El, Lex Luthor,General Zod, partner in crime Ursa and his silent henchman Non. It’s not known why the latter two were not released maybe Mego was made aware that much of their contribution to Superman The Movie would be put into the sequel (The majority of Superman 2 was filmed at the same time as the original) but in the end four 12″ characters were released.

Mego was optimistic about the line and Marty Abrams was especially impressed with Sheller’s work, as Mr. Sheller relates “when I delivered the six wax heads, I recall that Marty (Abrams) was so happy to have them that he held up the Chris Reeve head, looked at it, said “he looks great Ken!” and then gave it a big kiss. He did this probably for two reasons. One, he liked the head alot and two, he had to get on a plane to Hong Kong right away with them, and I’m sure that he was very happy that I made the deadline.” 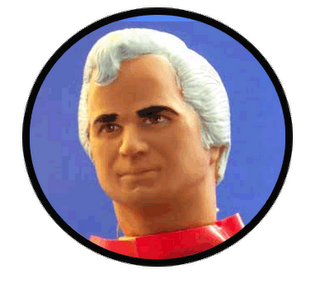 Only the Christopher Reeve Superman Figure bore both a head sculpt and outfit that matched the movie character. The rest of the line had outfits that followed the directive of their comic counterparts. It’s not known why Mego chose to do this, it may have involved rights to the movie costumes or the fact that the company simply felt the movie apparel wasn’t “toyetic” enough. Certainly in the case of Lex Luthorthis is true, most would prefer purple and green to one that resembled Hackman in the movie.

Mego also pitched a playset for the 12″ line that would include different scenes from the Movie, the playset though not released seems to have gone through several transitions and can be seen in great detail at it’s new gallery page. 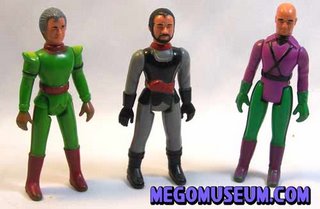 Mego also added new characters to their fledgling Pocket Super Heroes line in the guise of Jor El, Zod and Luthor. These figures appeared rushed as did their resulting generic packaging and were not good sellers for Mego.

Later revisions to the Pocket Superheroes packaging would still show the movie trio but they were not produced past their initial run.

Mego also pitched two playsets for this line, both movie based The Fortress of Solitude and Earth Quake sets were clever recycling of old “Comic Action Heroes” molds that made sense but buyers balked at the concept and both were not released.

In the end, the man of Steel movie merchandise did not fly for Mego. Former Mego VP Cindy Schriebman explained in a 1982 newspaper interview “Superman didn’t increase sales for us” she added “It came out at the time of Star Wars and other blockbusters. It was a question of vying for dollars for action figures.”