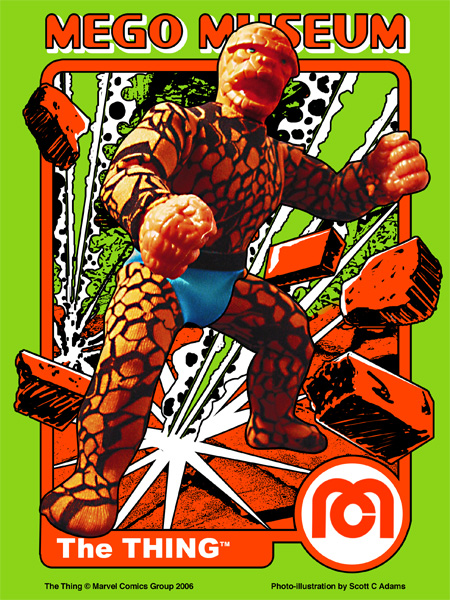 The Thing, along with his Fantastic Four counterparts were released in the final wave of new 8″ WGSH characters in 1976. 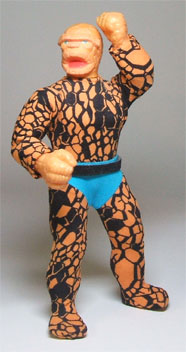 The Figure has a head sculpt that seems to suggest the character is yelling or cracking wise, which shows real attention to detail.

There are some reported minor variations in the Things bodysuit but they do not warrant a great deal of collector attention. The Thing came with no accessories. 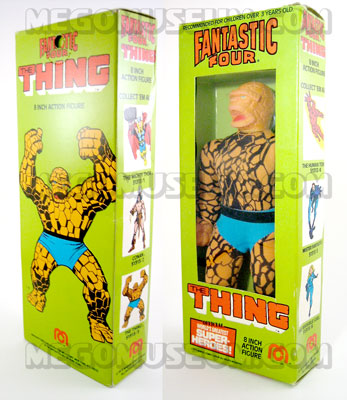 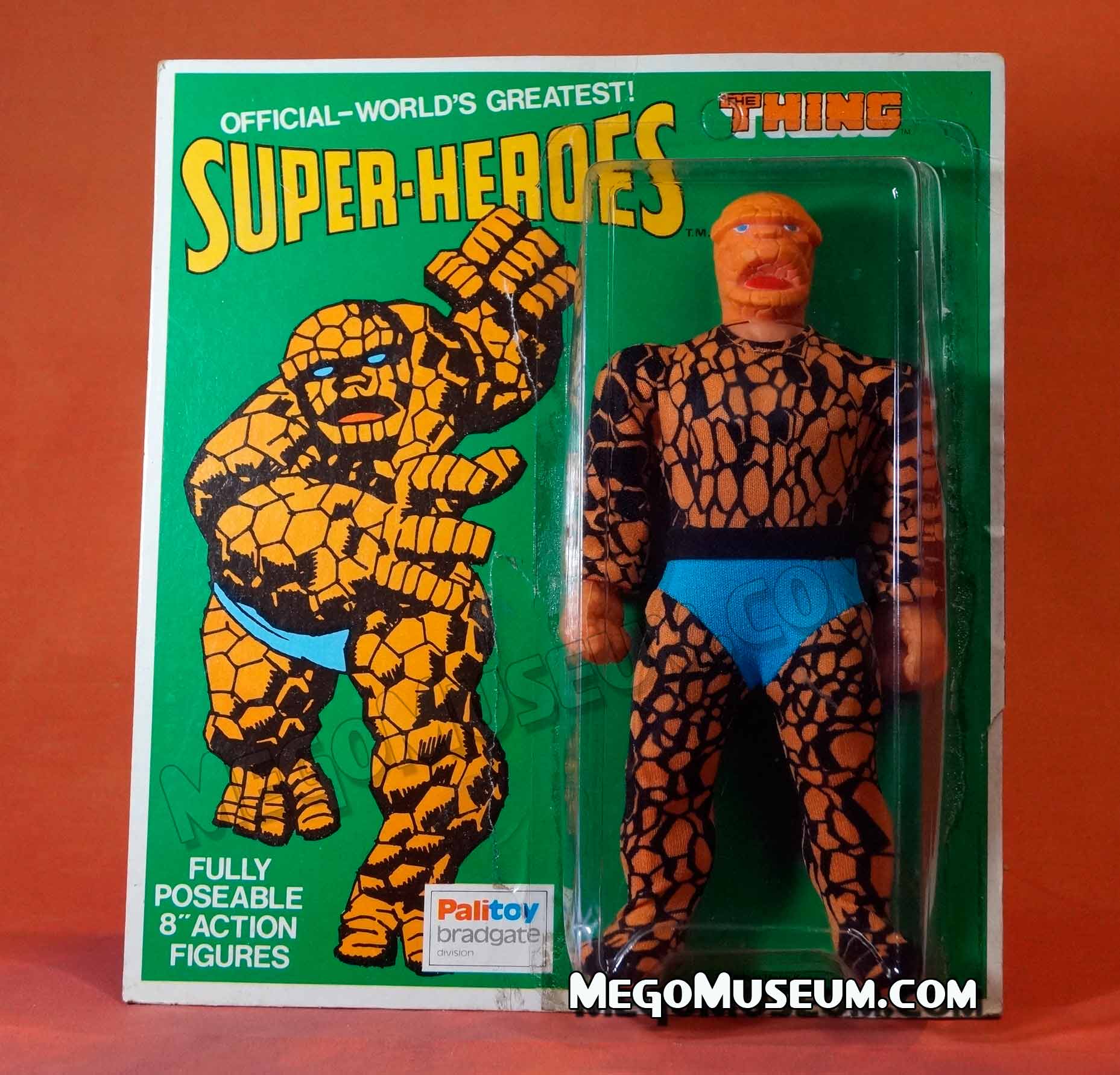 Mego Thing on the Palitoy UK card back

In the United Kingdom, Palitoy Bradgate christened all of the World’s Greatest Superheroes with beautiful new card backs, all in this stunning green colour. The Fantastic Four became the “Fantastic Two” as the UK toy distributor opted out of Mr. Fantastic and the Invisible Girl and only released the Thing and Human Torch into their Mego Super Hero Offering. (Carded Thing courtesy of www.plaidstallions.com) 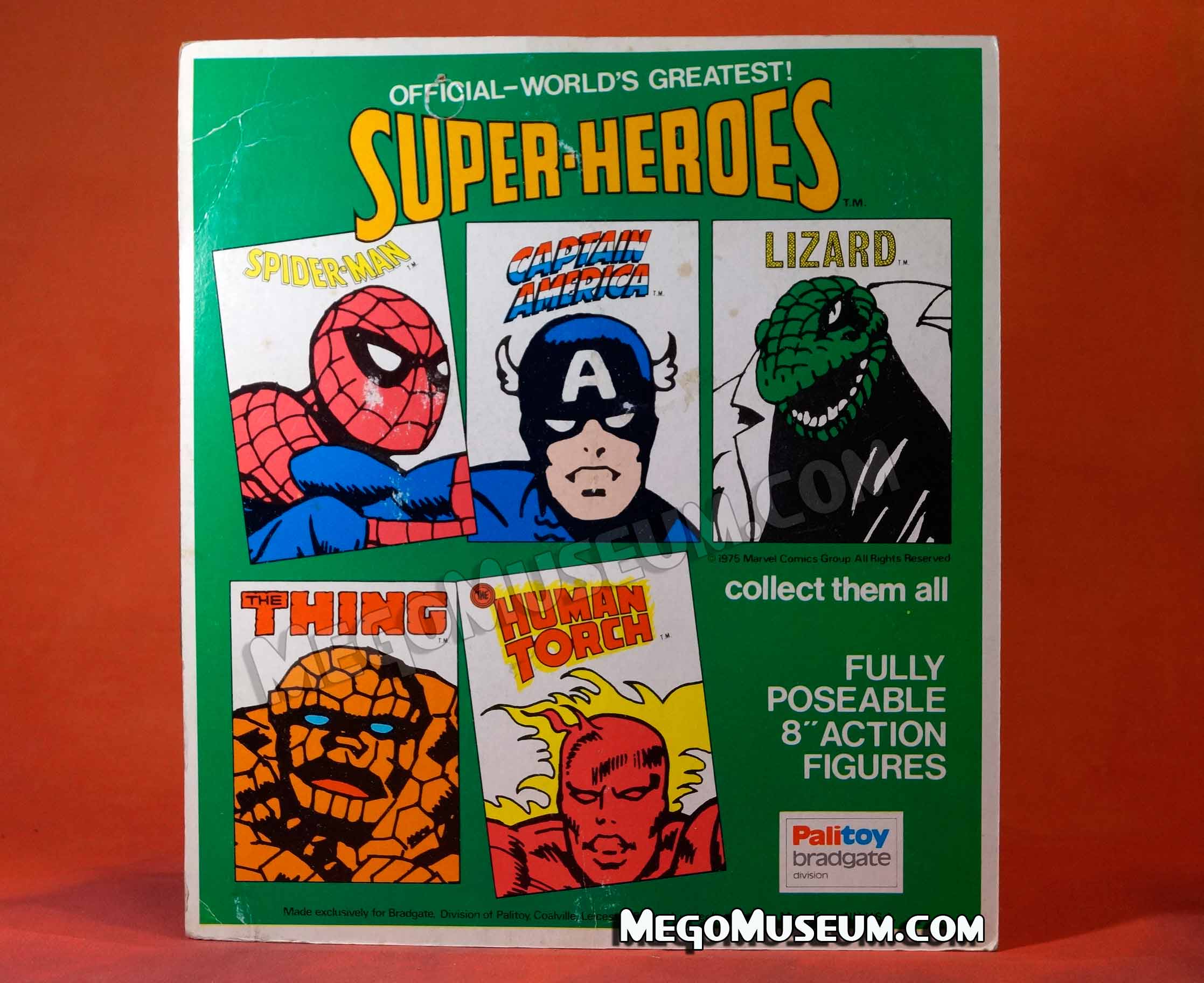 Backer for the Mego Thing as issued by Palitoy Bradgate.