The following is a guide to carded Mego “World’s Greatest Superheroes” it is by no means definitive and is a work in progress. 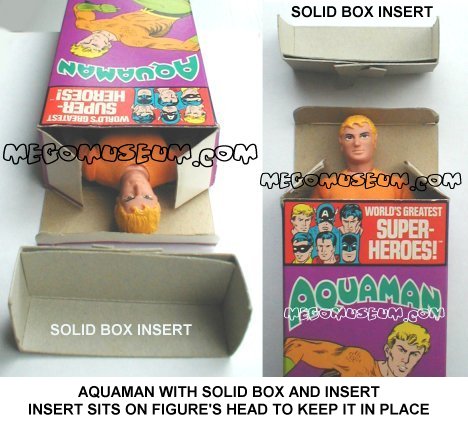 Solid Boxes were the earliest boxes Mego used for it’s “Worlds Greatest” lines, the first Monsters, Old West, Italy’s Tex WIller and Superheroes came in this. The first four Superheroes (Aquaman, Batman, Robin, Superman) are extremely hard to find in Solid Boxes. Super Hero Solid Boxes are taller than others and have insert as shown above. Retailers complained about kids damaging them to see the figure inside and quickly changed to a window format. The earliest window boxes feature Aquaman, Tarzan, Batman, Superman, Robin and Captain America in the header. Later boxes remove Captain America and replace with him with Shazam. Captain America and Spiderman then received their own packaging first featuring only them and then featuring newer marvel additions on the side. Future Window box releases were line specific, such as Super Gals, Super Villains and the Later Marvel and DC Launches. 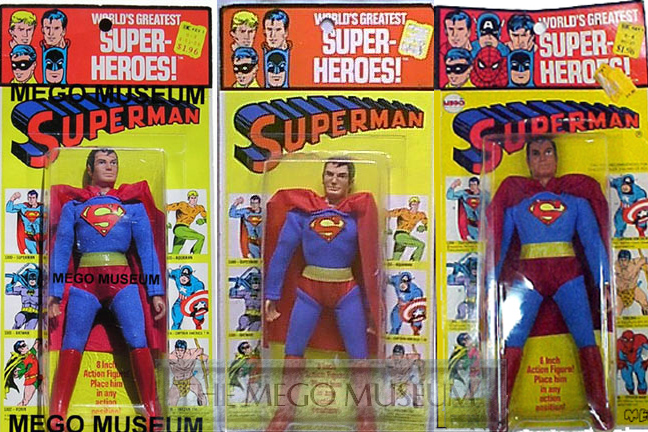 Produced mainly for the SS Kresge and Co. These early card ran from approximately 1973 until 1975 when they were discountinued. True Kresge cards feature the Kresge Logo, ones with the Mego Logo were sold at other department stores. Many variants abound in the card style as new characters were introduced. Several characters such as Batman can easily have a half dozen or more variations as the both the figure and the card changed. 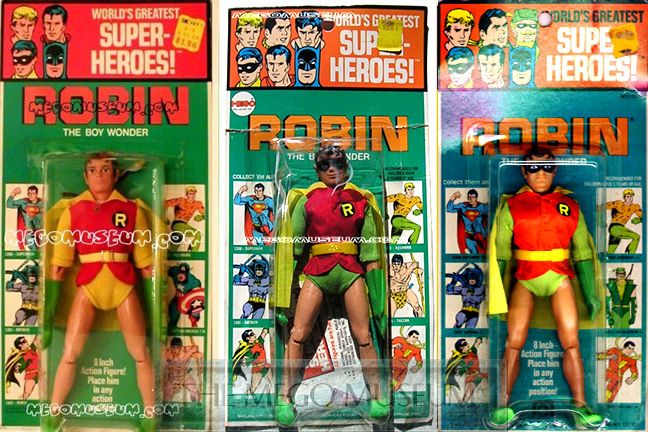 The big difference on the cards is the loss of Official on the WGSH logos on the DC cards. The 1978 Marvel card artwork is the same, the 1977 DC Heroes artwork has changed but their moods haven’t improved. 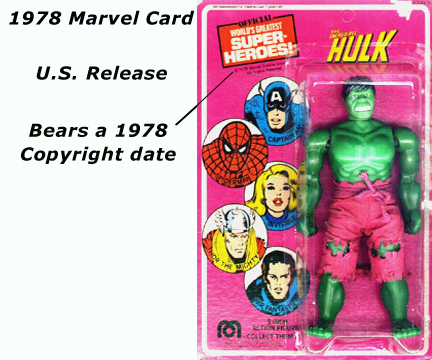 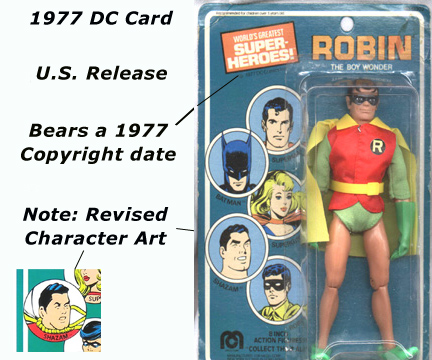 The “Smile Cards” were the last to be produced by Mego. The artwork is now cleaner and the Heroes have a gentler look. 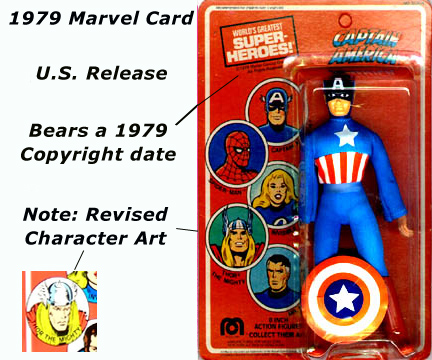 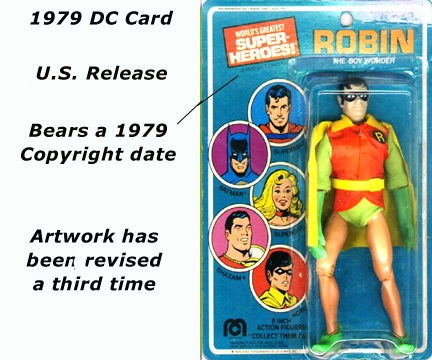 Often mistaken for Canadian Cards the Pin Pin cards flooded the US due to an overstock issue overseas. The most commonly found are the Fantastic Four and Spiderman. The Pin Pin Card is based on the Smiling cards of Wave Three. 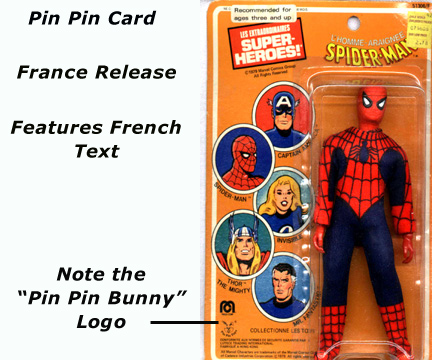 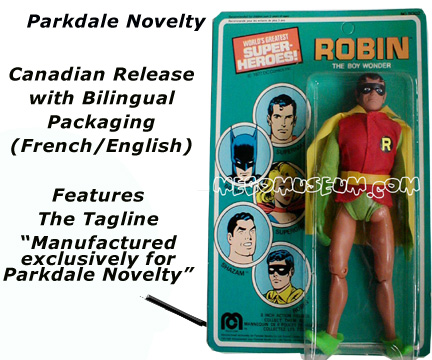 Grand Toys took over distributing the WGSH in Canada during the mid to late seventies. Grand Cards are similiar to the 79 Smile Card but contain the Grand Logo and are bilingual. 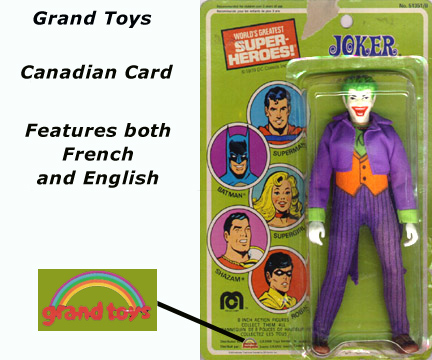 As the UK Distributor of the WGSH, Palitoy went all out and gave each character their own attractive card. Palitoy didn’t carry the entire run of WGSH leaving out characters such as Shazam, Iron Man, Falcon, Mr and Mrs Fantastic, all Supergals, Riddler and more. 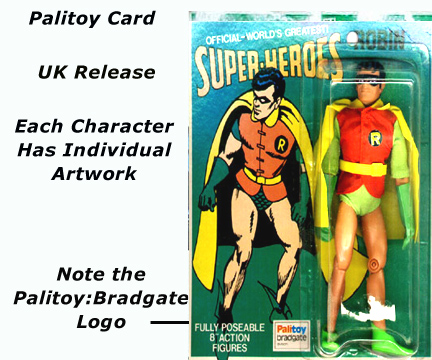 Harbert (Italy)
Harbert took over distribution of the WGSH from Baravelli. Unlike Baravelli who simply placed large yellow stickers over US cards, Harbert produced their own series of Mego cards based on the ’79 series.
Harbert Italy Card
Return to Top 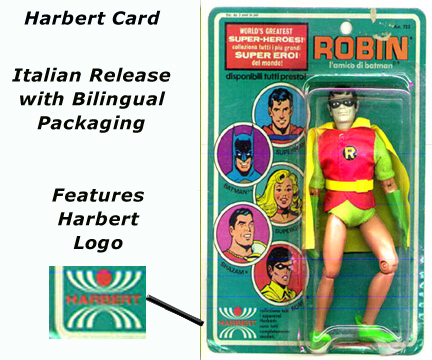