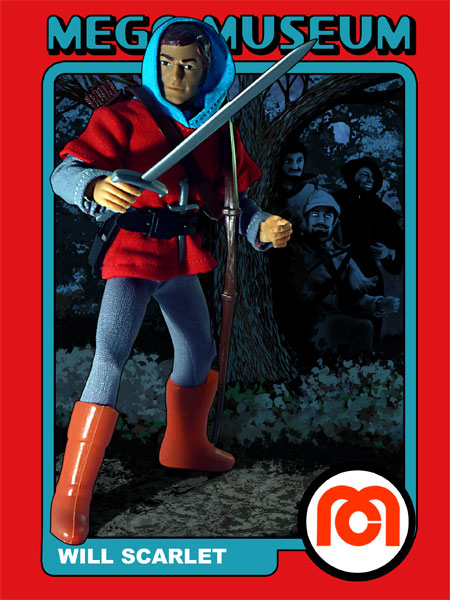 Will Scarlet utilized a headsculpt also used for Mego Galahad and Palitoy Zorro His striking colors make him the most visually pleasing Merry Man. 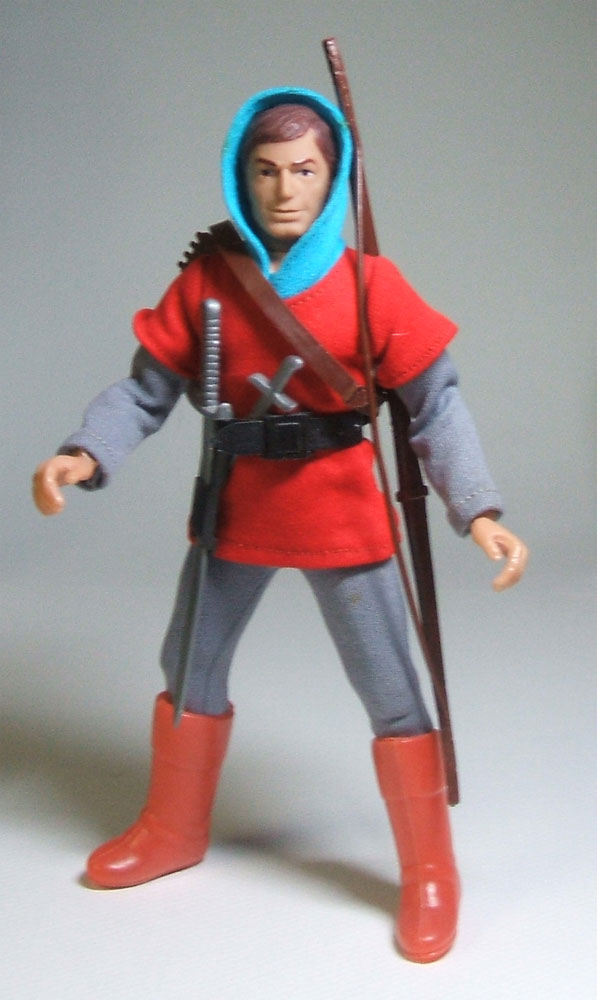 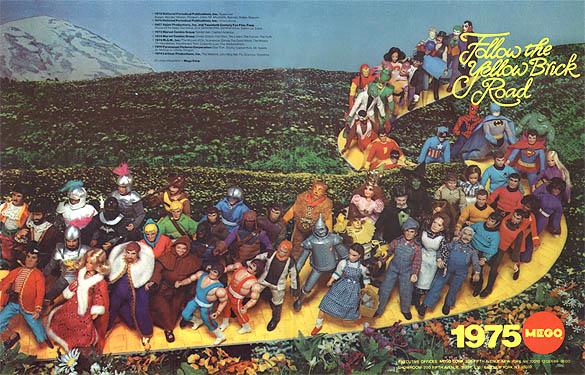 For the 1975 Mego Catalog cover the Will Scarlett head sculpt was not yet prepared, so Aquaman stood in for him.

Wil Scarlet wears a red shirt with gray arms and a blue hood that has been reproduced by Classic TV Toys. The repro’s hood has a little less room and the blue is a little darker in color. The material is also a little smoother. The neckline on the original is more open, where the repro has the red part of the shirt coming right up to the neck. The red portions of the repro are a little darker in color. The repro is unmarked. 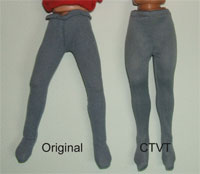 Wil wears gray tights that have been reproduced by CTVT. The repro’s are very similar in color although the the material has that slight shine to it that the original doesn’t have. The thread used to hem the waist is darker on the repro and the crotch is sewn lower. They are unmarked. 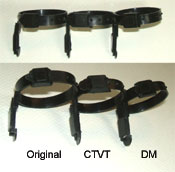 Wil Scarlet’s belt is shared by Long John Silver in the Pirate line as well as the Black Knight in the Knights line. This belt has been reproduced by CTVT and Doctor Mego. Both reproductions are very accurate and very tough to spot, especially since neither is marked as a repro. There are two giveaways to the CTVT repro. The tip of the belt that slides through the buckle is rounded instead of pointed like the original and inside looking at the scabbard part you will notice some flashing not on the original. The Doc Mego reproduction is near impossible to spot. The DM repro will look new and glossy, more so than an original on a 30 year old loose figure. Otherwise, it’s near impossible to tell.

Wil Scarlet has the same bow as Robin Hood as well as Green Arrow and Speedy from the WGSH line. It has been very accurately factory reproduced by both Doc Mego and Classic TV Toys. Doc’s version is very close in appearance but is a touch darker in color. It is marked DM on the side by the handle. CTVT’s version is lighter in color and marked CTV by the handle.

Wil’s quiver is the same one found on Robin Hood as well as Speedy from the WGSH line. It has been factory reproduced by both Doc Mego and Classic TV Toys. Doc’s version is very close in appearance but is a touch darker in color. It is marked DM on the back of the quiver itself. CTVT’s version is very light in color with a longer strap. It is marked CTV on the face of the quiver.

Wil Scarlet carries a blade also found on Little John, Robin Hood, Long John Silver in the Pirate line, as well as the Lion Rock version of the Western figures. CTVT has made a reproduction. The repro is lighter gray and has a lot of noticable flashing. It is marked CTV on the blade. There is also a vintage Mego era reproduction on the Tim Mee Western figures. The Tim Mee version of the blade is identical to the original Mego in most respects. There is a slight color difference. The Tim Mee looks a little more flat grey while the original has a little bit of a shine to it.

Wil Scarlet is the only figure in the Robin Hood line to carry a sword. This sword is unique to the character and has been reproduced by CTVT. The repro is a little smaller in size with some flashing evident. The repro is marked CTV on the blade. 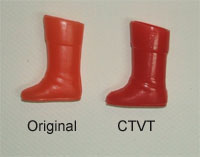 The Robin Hood gang, except for Friar Tuck, all wear the same boots in different colors. They are unique to the line. In the case of Wil Scarlett, they are red boots. They have been reproduced by CTVT. The repro’s are a darker red are a touch wider. They are marked CTV.

Wil shares a head sculpt with the Knight’s Galahad and the Palitoy Zorro figure, although Zorro has a different paint job. The Wil Scarlet head has been reproduced by Doc Mego, but with black hair instead of brown. The DM head is marked DM on the back of the neck, and is a little more narrow in the face than an original Mego head, and made of a harder material. The head has also been reproduced by CTVT. The big difference in the CTVT head comes in the paint. The CTVT has darker brown hair and eyebrows. The head is made of a softer material than the original mego head. The CTVT is unmarked.